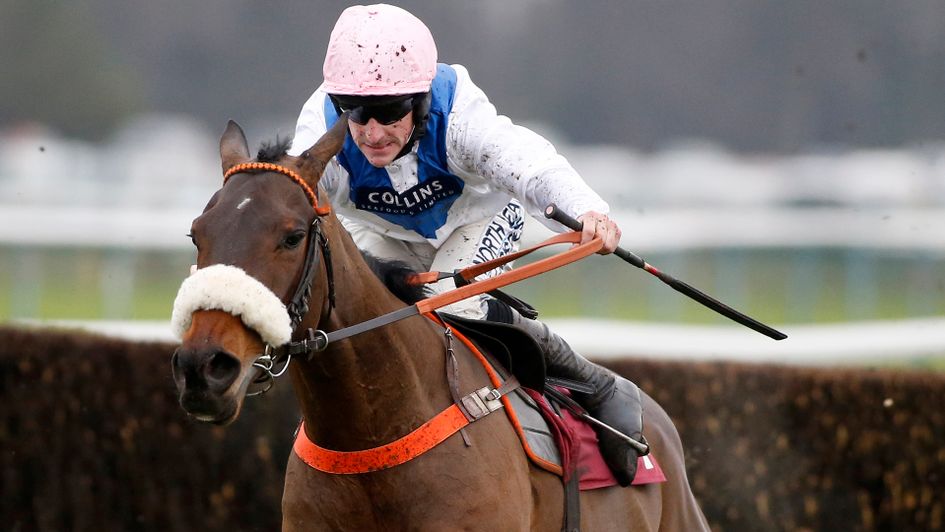 Christian Williams says he has had a "good run" with new recruit Waiting Patiently ahead of his first start for the yard in Saturday's Betfair Chase.

The Richard Collins-owned 10-year-old was previously under the care of Ruth Jefferson and recorded the biggest victory of his career in the Grade One Betfair Ascot Chase in February, 2018.

Last season, the son of Flemensfirth put up his best effort when chasing home Frodon in the Ladbrokes King George VI Chase at Kempton Park on Boxing Day and was last seen when pulling up in the Grade One Betway Bowl at Aintree in April.

Explaining how Waiting Patiently came to join his Glamorgan stable, Williams said: “We were lucky to get him. Obviously, it’s a shame for Ruth but his owner came up with the idea that as the horse doesn’t run very often and with his age, it would do him the world of good to have a change in his training. We are lucky where we are situated to get the phone call.”

On how Waiting Patiently has settled in, Williams continued: “We will find out at the weekend but he seems to have settled in well and seems in good form. We have had him for four months now and have brought him along with steady, slow work.

“We have had a good run with him and I couldn’t be happier. Obviously, a day is a long time in racing and fingers crossed we get to Saturday in good form but up until now it couldn’t have gone any better. We are confident we have him in good form and the stable is having a good run, so we are looking forward to the weekend. He is a good work horse and works to his rating.”

Brian Hughes, the 2019/20 champion Jump jockey has partnered Waiting Patiently on 13 of his 16 career starts and will be in the saddle once again on Saturday, which Williams has no issue with.

He continued: “Brian Hughes will ride him on Saturday. My brother Nicky and Jack (Tudor) ride him at home but as the horse doesn’t run very often it might take Jack a run or two to get used to him. Brian knows the horse well and the owner gets on well with Brian and wants to keep him on board, which is fine.”

With the ground currently Good to Soft at Haydock, Williams feels that this may benefit Waiting Patiently who has yet to win over three miles.

He continued: “He is a very classy horse and I just pray we are able to run him on Saturday. He is in great form and we would struggle to get him any better and if the ground stays at it is then we will take our chance. Good to Soft will be fine and the owner will be happy to run him.

“Over this trip, the ground might actually help him. He is a very good horse and the way he works suggests he will stay – he would not work the way he does if he was a non-stayer. He was staying on well over three miles in the King George and the owner wants him to be a staying chaser. I know he is 10, but Haydock is a sharp, flat track and he has form around there so I think he has plenty in his favour. He runs well fresh, so I think it is the best option to get him as fit at home and then go straight for a Grade One race.

"A handful of people say he does stay and another handful say he doesn’t stay, so we will let the horse do the talking at the weekend.”

Since starting training in the 2016/17 campaign, Williams has enjoyed a significant amount of success, with Potters Corner’s victory in the 2019 Welsh National being his career highlight so far. However, the trainer admits a Grade One success would take his yard to another level.

Williams concluded: “It would be brilliant to get a Grade One win. We are going along nicely but this horse is a big step up from what we have had before, so it’s great to be in the reckoning for a Grade One. We are looking forward to the race. We are an ambitious team and would rather take on the best and win a good Betfair Chase, We like to run our horses regularly and take on the big yards to raise our profile. The horses are in good form and everything is going nicely, so that gives us a bit of confidence."

Waiting Patiently is a 6/1 chance with the sponsors.