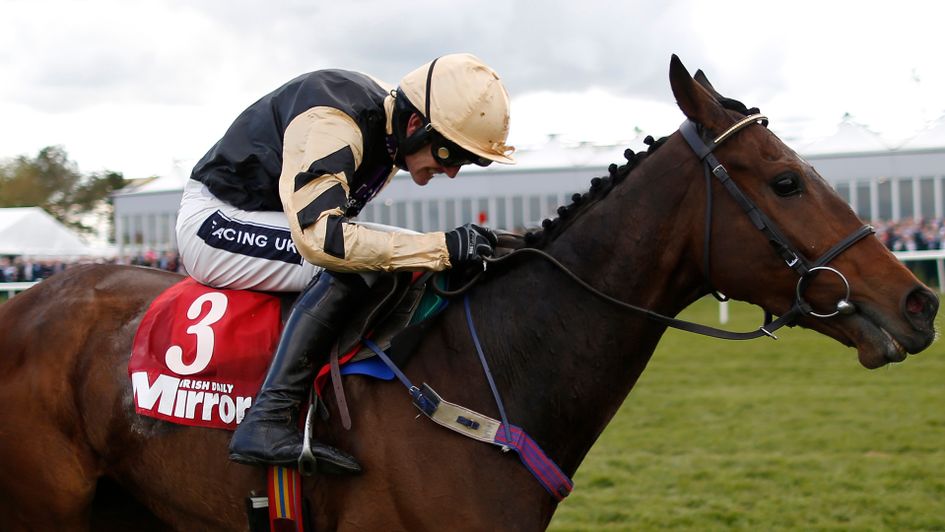 Bellshill made a winning return

News from Saturday's card at Fairyhouse, where Bellshill made a winning return to action.

Willie Mullins is favouring a crack at the Irish Grand National with Bellshill after he made a victorious return to action in the At The Races Bobbyjo Chase at Fairyhouse.

The eight-year-old had been off the track since finishing a distant third in last year's RSA Chase at Cheltenham and despite having a bit to find at the weights in the Grade Three heat, he was still sent off the 8/13 favourite.

Partnered by David Mullins, Bellshill travelled well throughout the three-mile-one-furlong contest and was in control before the last, eventually coming home four and three-quarter lengths clear of A Genie In Abottle with Val De Ferbert third.

Bellshill's task was eased slightly by the withdrawal of Mala Beach, but Paddy Power were impressed enough to cut his Aintree Grand National odds to 14/1 from 25s - although Mullins is currently looking towards the Irish equivalent back at this track on April 2.

A nice performance from Bellshill who takes the At The Races Bobbyjo Chase in good style at @Fairyhouse and brings up a third consecutive win in the race for Willie Mullins: pic.twitter.com/TX9jAyuIcK

The winning trainer said: "He's much stronger this year and he's been going nicely at home, but on their first run back you never know.

"He did it very well. He jumped very well, jumped economically, and came there very strong two from home. He just got a bit idle when he hit the front.

"I was very happy with him. I think he is in all the big handicaps, the English National, Irish National and at Cheltenham. We'll see where we go now.

"I'm looking more at the big handicaps with him. Coming back here to Fairyhouse might be the thing to do on a track that he's shown that he's really at home on.

"The Irish National is early this year and it might be the one."

Mitchouka is set to head to next month's Cheltenham Festival following his easy victory in the Grade Three Winning Fair Juvenile Hurdle.

Sky Bet cut him to 12/1 for the Fred Winter, which appears to be the plan rather than the Triumph for which he can be backed at 20/1.

Gordon Elliott's runner was sent off the 4/9 favourite following a wide-margin win at the track last time and he prevailed in similarly easy style, coming home two and a quarter lengths clear

Elliott said: "He's grand horse and he keeps winning in fairness to him," said Elliott.

"I keep knocking him, saying he is what he is, but he's after winning three or four races and if we had a few more like him we'd be alright.

"He'll go for the Fred Winter now all being well. He'll get to the last on the bridle but I don't know if he'll get up the hill, that would be the worry."

Padraig Roche saddled his first winner since taking over from his father, Christy, as Out Of The Loop won the Tommy Carberry Handicap Hurdle.

The 32-year-old is now in charge at the Co Kildare yard and 6/1 shot Out Of The Loop delighted Roche as he ran out a five-and-a-half-length winner in the hands of Mark Walsh.

He said: "That was great. Thanks to JP (McManus, owner) and Frank (Berry, racing manager) for giving me the opportunity in my first year.

"We've always thought he was a nice horse, even when Dad had him. He improved from every run and he seems to be filling out. I was delighted with him there.

"It's great to get the first one out of the way.

"I'm loving it and I'm lucky that Dad's owners left the horses with me and it's great that they gave me the opportunity.