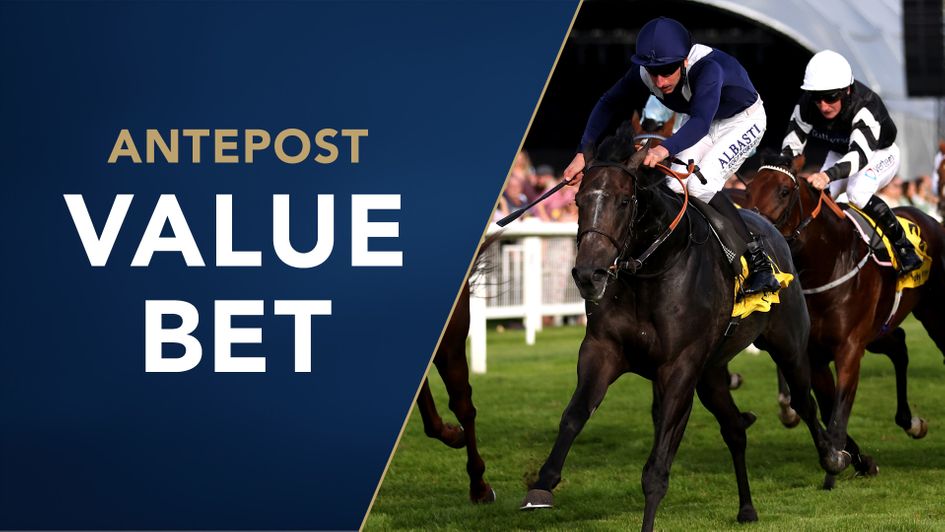 Our man kicks off his 2022 Royal Ascot previews with a look at the Group One Commonwealth Cup.

Some significant Commonwealth Cup trials have been run lately and with the Sandy Lane Stakes at Haydock Park coming up this weekend, now looks a decent time for a first Royal Ascot bet.

Muhaarar and Advertise have won this relatively new event after starting their three-year-old campaigns with Classic aspirations, while Campanelle ended her juvenile campaign with a Breeders’ Cup run over a mile before striking gold back at six furlongs first time out in 2021, so it’s no surprise to see classy trip-droppers Perfect Power and Tenebrism near the top of the market this year.

There’s no getting away from the fact Richard Fahey’s colt ran a good deal better than the Aidan O’Brien-trained filly in their respective Guineas, but I wouldn’t be too hasty in giving up on Cheveley Park winner Tenebrism, who will most likely top Timeform's weight-adjusted ratings if lining up on the day.

She’s a big danger to all and no doubt the standout 12/1 being dangled by one firm (bet365, 10s and 8s elsewhere) will swiftly look huge should the daughter of 2017 Commonwealth winner Caravaggio start sparking in her homework.

The Irish challenge certainly doesn’t start and end with Tenebrism, though, and Castle Star looks a leading contender for Fozzie Stack based on his fine form at two which culminated in a half-length second to Perfect Power in the Middle Park Stakes.

Jamie Spencer was denied a clear run on the Starspangledbanner colt at HQ and consequently never really got a fair crack of the whip (he didn’t use the stick once in what turned into a busy finish, to be a little more precise), so there’s seemingly some unfinished business with him if he's trained on into this spring.

Perhaps he’ll take up his engagement in the Irish 2,000 Guineas at the Curragh as Stack had initially mentioned a crack at Sunday’s Lacken Stakes, the Group Three which went the way of three-length winner Twilight Jet.

Twilight Jet – another from Ireland and part-owned by his trainer Michael O’Callaghan – was seriously impressive in beating the well-backed and hard-fit New York City at the weekend, and it looks a case of this experienced colt having developed particularly well over the winter.

The updated Timeform ratings have him right up there, just shy of Tenebrism (after adjustment for sex allowance) and the revised 14/1 from 40/1 could be even shorter come the big race.

The other Irish horse of note at this stage is Ger Lyons’ 20/1 shot Sacred Bridge, who won her first four starts last summer before being sent off the 13/8 favourite for the Cheveley Park. She wasn’t up to the task on that occasion but it smacked of an effort too bad to be true, and she’s been brought along steadily this time around which is encouraging.

A comeback third over seven furlongs in the Guineas Trial at Leopardstown must have confirmed connections’ suspicions that she’s a sprinter through-and-through, and I like the way she dispatched her rivals, from a prominent position throughout, in a Listed race over five and a half furlongs at Cork last time.

The fourth has won at Listed level since, but the third and fifth were beaten a long way by Twilight Jet on Sunday, so on balance she’s going to have to improve a good bit yet to prove she’s up to really mixing it in Group One company. 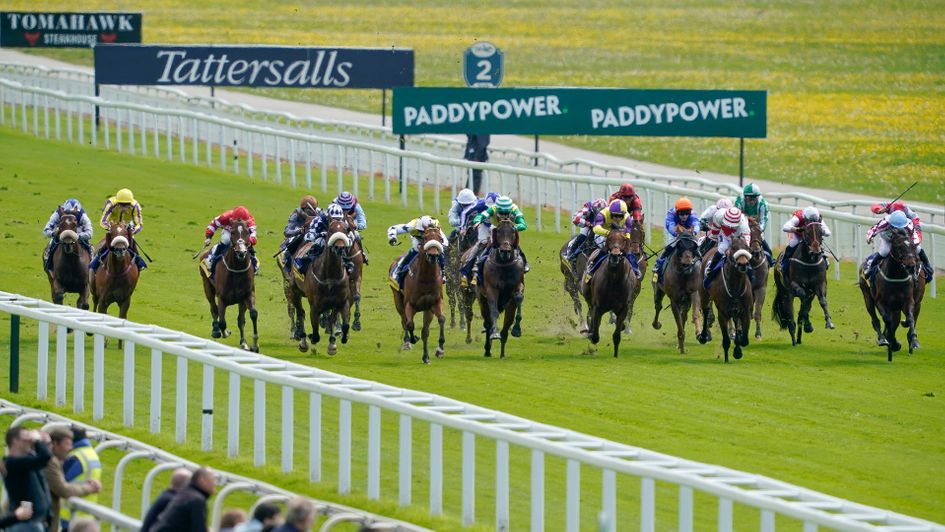 Perfect Power – generally 5/1 favourite – is a long way clear of the rest of the Brits on all known form to this point, but Cheveley Park runner-up Flotus (50/1) is possibly worth a second chance after she got stewed up at the start on her Newmarket comeback late last month.

She’s a lot better than she was able to show there, while Kevin Ryan has an eye-catching filly on his hands in another 50/1 chance Hala Hala Athmani, who looked big and raw last season but demonstrated a significant amount of talent.

The Dabirsim half-sister to the same stable’s top-class Hello Youmzain got to the front quite easily in the Group Three Firth Of Clyde at Ayr in September, only to be worried out of it late on and ending up third, and with another winter on her back, the seasonal reappearance is eagerly anticipated.

Her stablemate Gis A Sub (66/1) has had a spin at Hamilton where he found the downhill run over five furlongs a bit too quick for him, while Go Bears Go made a successful start to his season when landing strong support and toughing it out from the front in the Commonwealth Cup Trial Stakes at Ascot. He's 10/1 in a few places at the time of writing.

The second and third, David Simcock's Hierarchy and Richard Hannon's Ehraz, have since been beaten by Tiber Flow (20/1) in Saturday’s Canarvon Stakes at Newbury, which brings Karl Burke’s El Caballo (25/1) into the reckoning on their form from Newcastle on All-Weather Championships Finals Day, but the one I’m most interested in is Ascot flop WINGS OF WAR.

A couple of firms decided to double his Royal meeting price on the back of that disappointing first run of the year – 20/1 out to 40/1 – and it could prove a little bit hasty (Hills and BetVictor remain 20/1, Sky Bet 33s which is also fair).

Firstly, he was only beaten four lengths after racing far too keenly through the early stages of what looked a relative dawdle for the trip, so he was hardly disgraced, and it’s also worth highlighting it was his first public outing since mid-September as he was put away after winning the Mill Reef Stakes at Newbury (replay below).

Trainer Clive Cox won the Mill Reef with Harry Angel who was only narrowly beaten in the Commonwealth Cup, via a loss in the then-Pavillion at Ascot (same race in which Wings Of War returned) the following year, and while comparing those two at this stage would be a bit fanciful, it’s definitely too soon to be writing this horse off.

Harry Angel got his early-season three-year-old win on the board in the Sandy Lane and Wings Of War – along with stable companion Caturra – has been given an entry at Haydock this Saturday where he could face Lusail, Ebro River, Ever Given, Flaming Rib, Noble Truth and a bunch of aforementioned rivals including Ascot reopposer Go Bears Go.

Whatever wins this will surely be nestling right up behind Perfect Power as one of the leading home hopes, and Wings Of War still holds enough potential to lure me into a bet given his trainer's ability at extracting the best out of his sprinters – young and old.