Sporting Life pick out five betting highlights for the week ahead 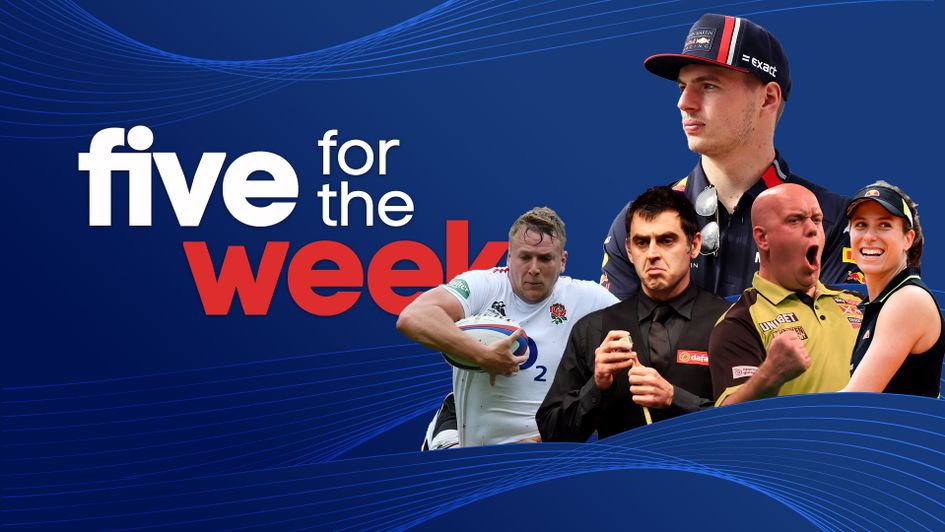 Every week throughout the year, Sporting Life will pick out five sporting highlights so you never miss a beat.

Our writers will provide all of the key information such as TV channels and kick-off times, plus the latest odds from Sky Bet and, finally, their own unmissable verdict.

We continue with five sporting highlights for the week ahead.

The Matchbook Clarence House Chase is the Grade One highlight of the weekend’s racing programme and it promises to serve up another thrilling contest.

Un De Sceaux won this event three times on the trot before Altior lowered his colours in a cracking race 12 months ago, and it looks likely to prove another significant pointer ahead of the Betway Queen Mother Champion Chase at the Cheltenham Festival in the second week of March.

Runway Premier League leaders Liverpool face the old enemy at Anfield on Sunday bidding to maintain their relentless pursuit of a first league title in 30 years.

Old rivals Manchester United would dearly love to be the side to inflict a first defeat of the season on Liverpool and can take heart from the fact that these two sides drew when meeting back in October, the only points Liverpool have dropped in their record-breaking start to the campaign.

At the conclusion of the corresponding fixture last season - one in which Liverpool were victorious - Jose Mourinho was sacked as Manchester United manager, a fate Ole Gunnar Solskjær will be desperate to avoid.

When: Thursday to Monday

England claimed a series-levelling victory with a thrilling second Test win at Cape Town last week and the tourists will head to Port Elizabeth with their confidence buoyed.

Nevertheless, the series remains firmly in the balance and England have suffered a big blow with news that veteran paceman James Anderson has been forced to return home with a rib injury.

His place is expected to be taken by Jofra Archer for the third Test and he is sure to be chomping at the bit while South Africa's own pace attack should continue to keep England's batsmen honest.

Look out, too, for Ben Stokes. The all-rounder was Man of the Match in Cape Town following another brilliant display and having enjoyed an unforgettable 2019, 2020 is already promising more of the same.

When: Monday to Sunday

Judd Trump will begin his Dafabet Masters title defence against Shaun Murphy and returns to the Alexandra Palace having won three titles already this season.

With Ronnie O'Sullivan opting to skip this year's event, all eyes will be on the reigning world champion but another stellar field has still been assembled for what is always one of the highlights of the snooker season.

Neil Robertson has claimed Trump's scalp already this term while former winners John Higgins and Mark Allen have been knocking of late and will be expected to mount strong challenges.

When: Thursday to Sunday

Bryson DeChambeau and Brooks Koepka head over to the Middle East for the Abu Dhabi HSBC Championship as the European Tour takes centre stage.

Both have previous here - DeChambeau shot 64 as an amateur - but both have questions to answer regarding form and fitness.

There are no such issues for Tommy Fleetwood, twice a winner here and victorious at the Nedbank Challenge late last year. He holds an obvious chance along with defending champion Shane Lowry, who warmed up nicely in Hong Kong.

And yet there is a new wave of European Tour talent waiting for a breakthrough in an event such as this. Throw in some old hands like Ian Poulter and Lee Westwood, plus three-time winner Martin Kaymer, and a cracking instalment lies ahead.

The action begins on Thursday morning, while come the afternoon it’s The American Express in California. This three-course pro-am has thrown up a surprise or two through the years but it’s also the scene of one of Jon Rahm’s many wins.