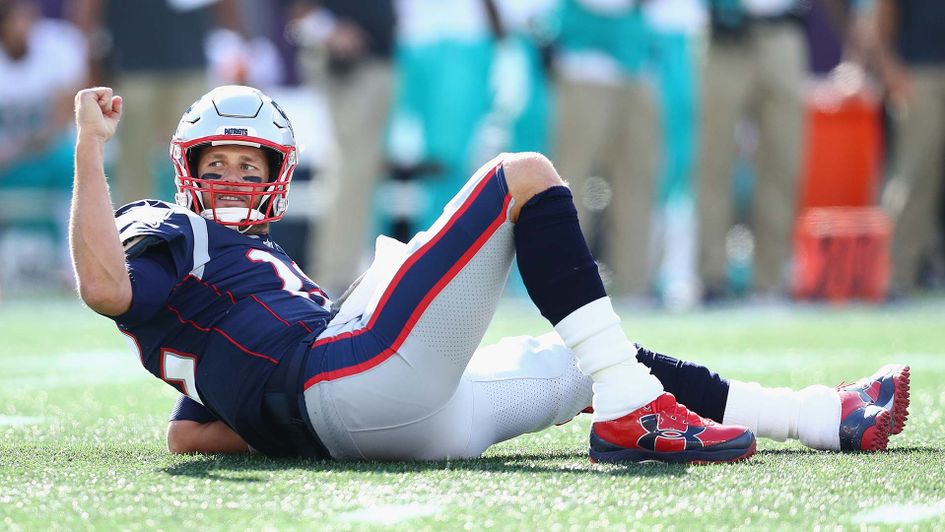 Tom Brady versus Jared Goff may be a no-brainer, but how do the Los Angeles Rams measure up against the New England Patriots for the Super Bowl.

Ahead of the most eagerly-awaited sporting event of the year, we look at how the two teams measure up as they go for NFL glory in Atlanta.

It’s a no-brainer isn’t it? It’s Goff v the GOAT and there’s only one winner if it became a straight shootout between the two triggermen so there’s simply no competition. You’ve got the young, talented and certainly level-headed Jared Goff but on the opposite side is a man appearing in a mind-boggling nine Super Bowl who holds every post-season record worth holding.

Goff’s thrown more touchdowns than Brady this season but the great man has thrown three 300-yard games in his last three Super Bowls – that’s some record to go up against but it’s more than just numbers with Brady, as he’s lead his team to glory so many times before that his mere presence can inspire.

Tom Brady most passing touchdowns at 11/8

This looks like being the key to the game with a number of interesting options on display, led by the Rams’ touchdown machine Todd Gurley who led the league with 21 scores during the season. There’s a doubt over his fitness after a disappointing game in New Orleans where CJ Anderson took the reins.

The Patriots have their own lead back in Sony Michel, who has the most post-season rookie rushing scores in NFL history and he’ll again be a vital part of the Patriots game plan. It may not be a one-man show due to the presence of James White and Rex Burkhead as brilliant options, especially in the pass attack.

Comparing the two running back units together it’s hard to split them.

Robert Woods and Brandin Cooks offer good speed options for Goff, but the one thing perhaps missing in their aerial attack is the short passing option that is so popular in New England, where Rob Gronkowski and Julia Edelman in particular excel.

There’s probably also more variety with the Patriots as Chris Hogan and Philip Dorsett can stretch the field when needed, but most of the damage will be done over the middle and Edelman especially has great form in these big games so they’d have to get the nod.

New England have an underrated defensive unit but it’s the Los Angeles defence that has the big-name stars to shout about, namely Aaron Donald who is the best defensive player in the NFL.

Ndamukong Suh adds another disruptive force to that conversation so if you’d have to pick a defence you’d want to have on your side it’d certainly be the Rams.