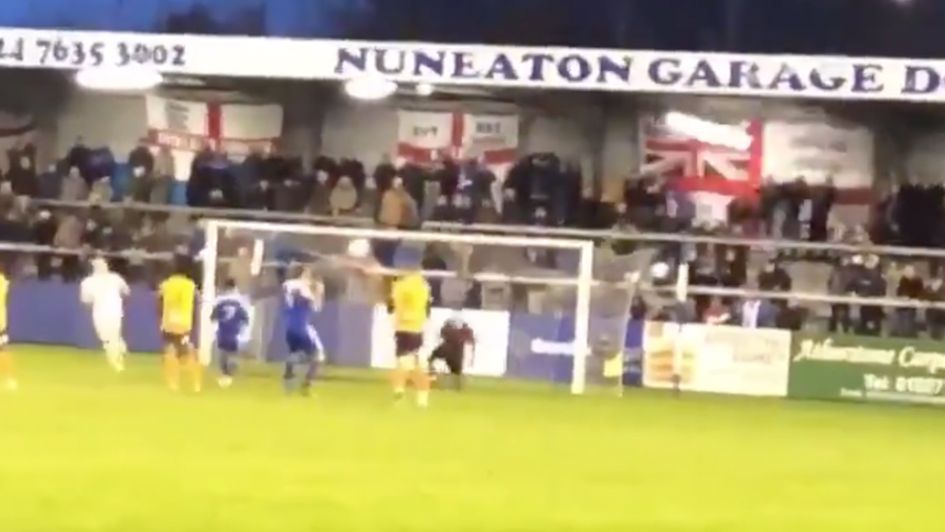 The international break saw attentions focused on the lower leagues of English football this weekend.

With goals flying in across the country, the eye-catching incident of the afternoon came in the BetVictor Southern League Central Division - the seventh tier of English football.

Nuneaton welcomed Stratford to Liberty Way knowing that victory would move them into the top-six of the division.

The scores remained level at half-time, but Nuneaton were handed a major opportunity to take the lead around the hour mark when the referee pointed to the spot to award a penalty.

Remarkably, Borough goalkeeper Tony Breeden ran to the other end of the pitch to take the kick with his team-mates happy to give him the responsibility.

What followed is something that Breeden will want to forget. He skies the penalty over the bar and to make matters worse, the ball breaks one of the lights in the roof of the stand behind the goal.

The miss didn't prove to be costly in the end, with Joel Kettle striking moments later before another penalty, this time taken by Callum Powell, was converted with 86 minutes on the clock.