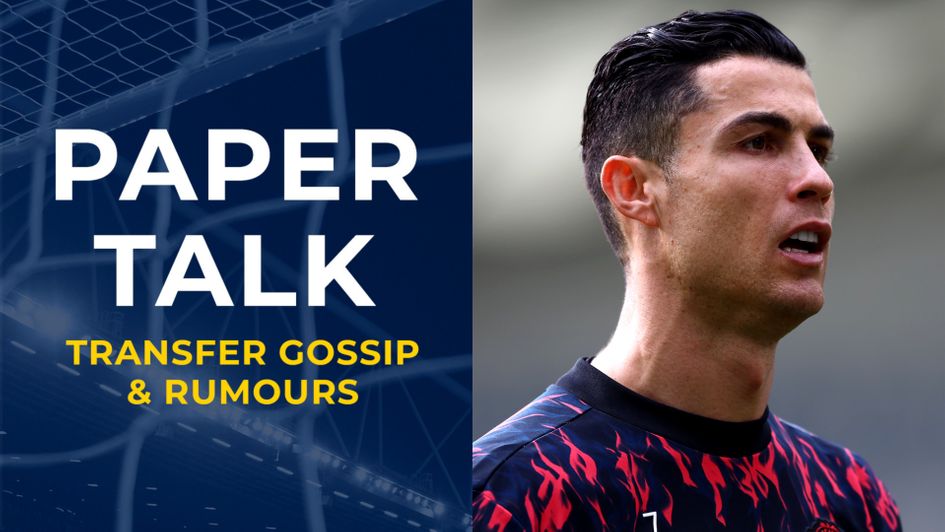 The latest rumours and gossip from Friday's back pages, including Cristiano Ronaldo interesting a club from Brazil.

Cristiano Ronaldo has been offered an unlikely escape route from his Manchester United nightmare - after Corinthians president Duilio Monteiro Alves confessed he wants to do a deal (Daily Mirror).

Four senior Chelsea players have been told their futures lie away from Stamford Bridge - while young defender Levi Colwill is heading out on loan (Daily Mirror).

Barcelona manager Xavi has shut down talk of Chelsea target Aubameyang leaving this summer (The Sun).

They are willing to meet Leicester's £85m valuation of Fofana - but may test the Foxes' resolve first (The Sun).

Marc Cucurella is one step away from joining Chelsea - with reports claiming the Brighton star has passed his medical (The Sun).

Arsenal manager Mikel Arteta has revealed the club's transfer business is not over (The Sun).

Bournemouth are on the brink of signing Barcelona's Neto (The Sun).

Wolves are prepared to listen to offers for Conor Coady if their captain feels he needs to leave the club to continue playing regular football (Daily Mail).

Barcelona's richest player Martin Braithwaite is refusing to leave the La Liga giants unless they fork out his £5m-a-year wages in full (Daily Star).