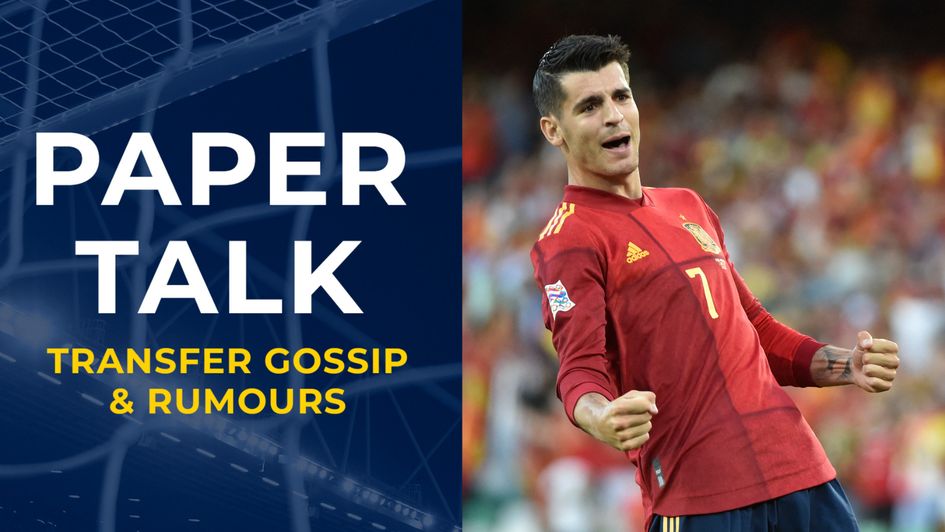 Alvaro Morata is being linked with Manchester United

The latest rumours and gossip from Wednesday's back pages, including the latest on Manchester United's search for any striker they can get their hands on.

Manchester United continue to be linked with a host of arrivals and departures, with Monaco chasing Eric Bailly (Mail), United reportedly offered the chance to sign Atletico Madrid striker Alvaro Morata (Daily Mirror) and Javier Hernandez offering to play for free if he could return to Old Trafford (Mirror).

As for Cristiano Ronaldo, squad morale is being hit by the ongoing transfer saga at the club according to The Sun.

Manchester City are set to sign left-back Sergio Gomez from Anderlecht and claim it's untrue that they've accepted a £46m bid for Bernardo Silva from Barcelona (Guardian, Mail).

Arsenal are trying to cancel Hector Bellerin's contract so he can join Real Betis on a free transfer (Mail).

Tottenham want to sign Nicolo Zaniolo from Roma but are insisting on have two clauses in any deal for the midfielder. Meanwhile, Bryan Gil looks set to return to Villarreal on loan (Express, Times).

Matheus Nunes is ready to shun interest from other clubs and wait until next summer to make a dream move to Liverpool (Express).