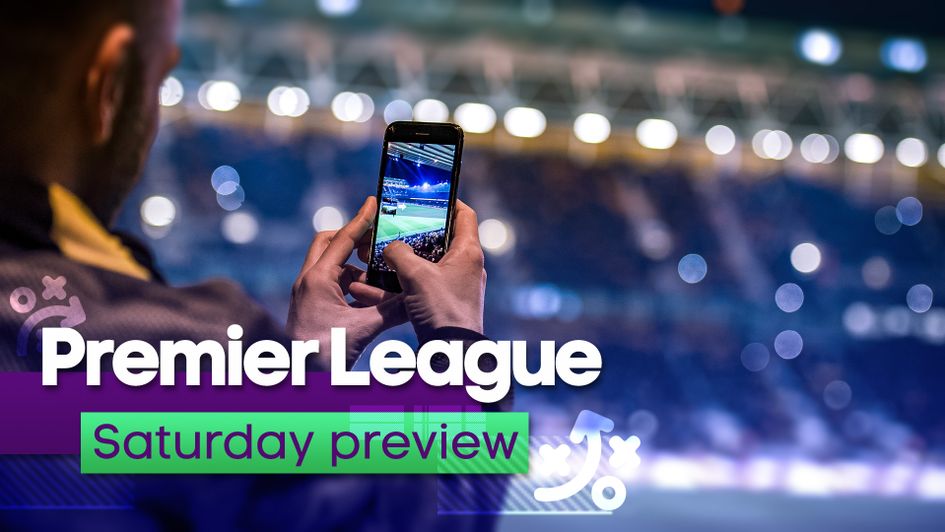 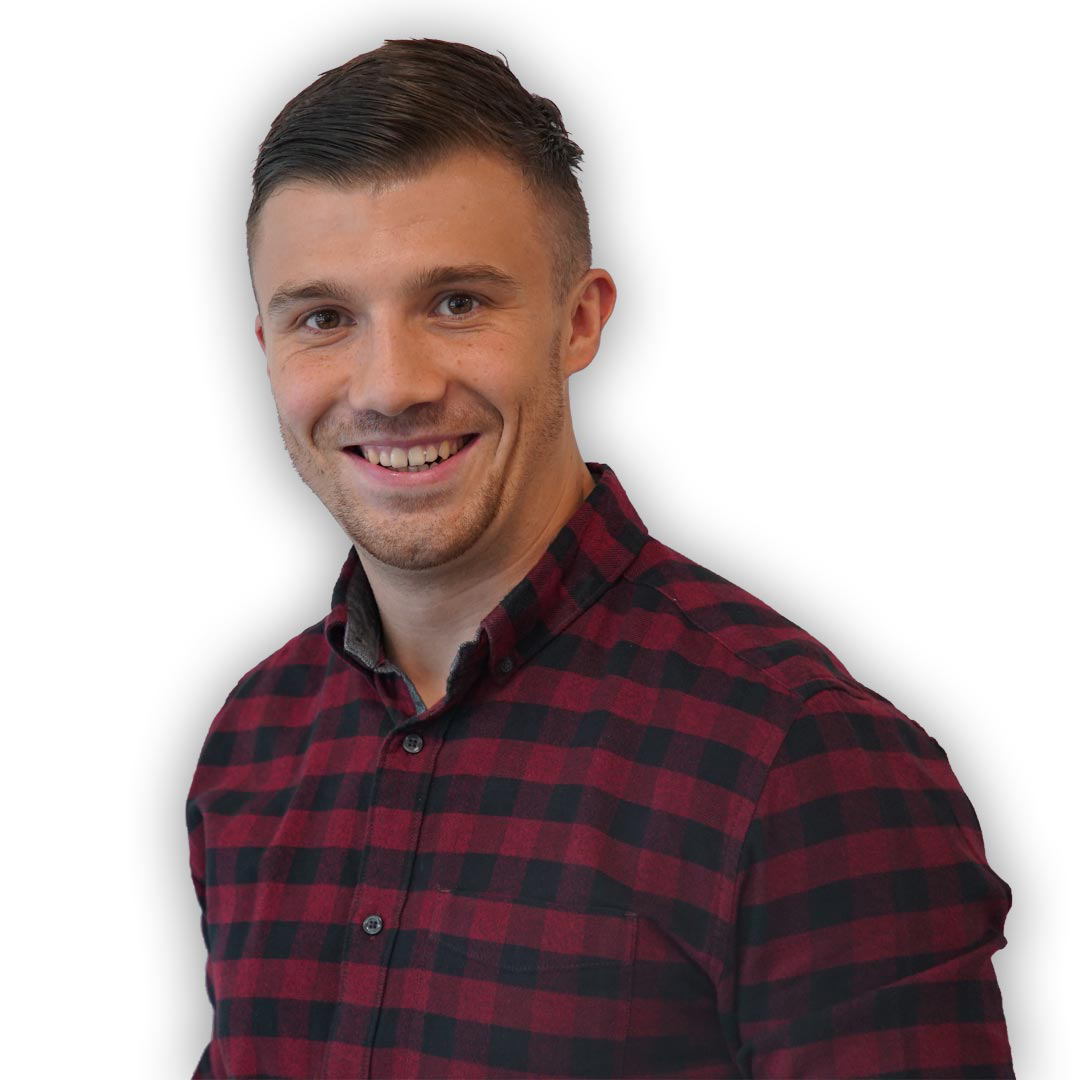 0.5pt Jack Grealish to be carded v Sheff United at 4/1 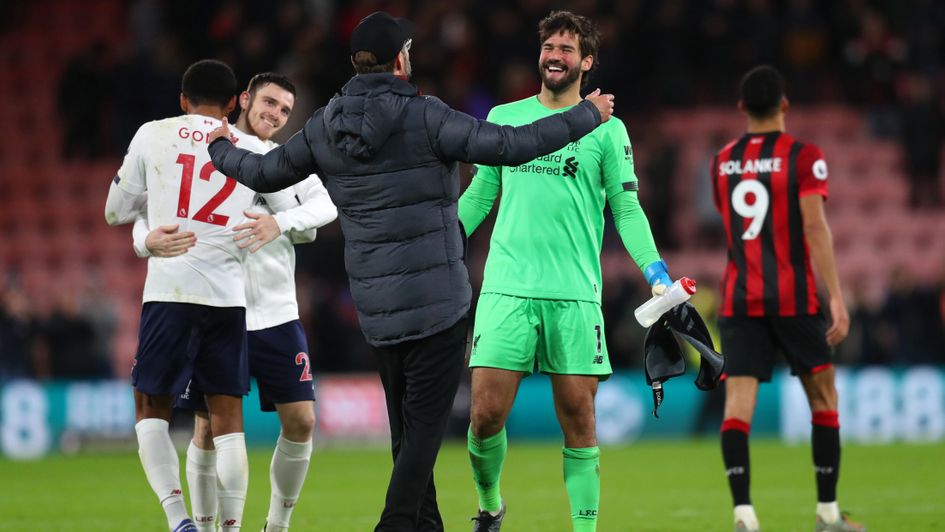 After a week's graft on the training ground, Nigel Pearson takes charge of his first game as Watford manager - but they do not come much tougher than this.

Against the league leaders. At the fortress that is Anfield - Liverpool have not lost there since April 2017 and have won their last 15 in a row on home turf.

One thing is for sure - Pearson will have them scrapping for every ball and it will not be a breeze for Liverpool.

The Reds earned a rare clean sheet at Bournemouth last weekend and Jurgen Klopp has challenged them to add more. Whether they can do that here remains to be seen. After all, Watford do have some attacking threats in their ranks despite being the league's lowest scorers. 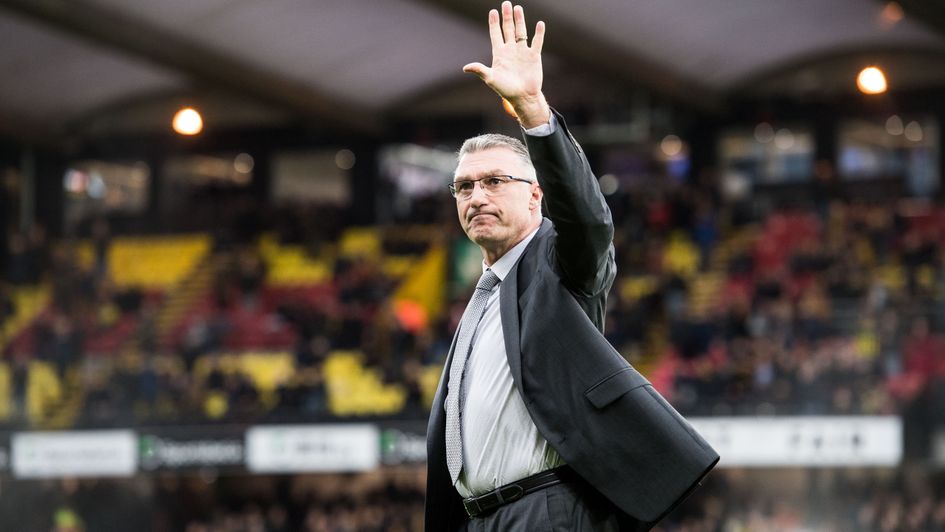 Nigel Pearson: Back in the Premier League with Watford

While a home win is on the cards, there is definite value in exploring the markets involving the Hornets (BTTS is just under evens) - with preference here on shots.

With players keen to impress Pearson, they can at least try their luck. Considering they average 13 shots per game this season, the 4/1 on offer with Sky Bet on them to have 12 or more is incredibly tempting. But looking at shots on target, they are 2/1 to register four and 9/2 to have five.

The latter is worth taking for a small play. Although they are struggling at the bottom, they can up their game and fight for their lives on Merseyside, so five shots on target is not a big ask for the early kick-off. 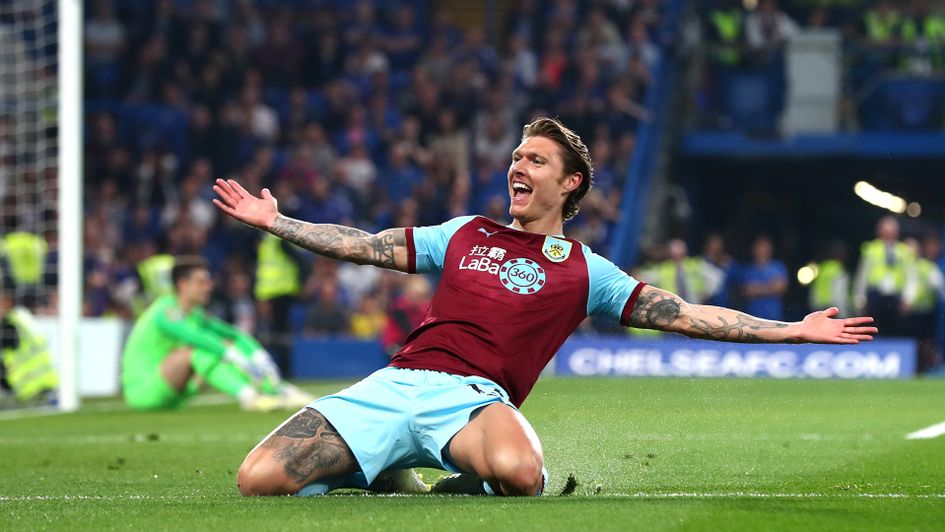 These two teams will be pretty happy with where they are at this stage of the season - 13th and 11th respectively - but Sean Dyche will not be happy with Burnley's recent form having lost three in a row.

Granted, two of those were against Man City and Spurs but the home defeat to Palace was disappointing. They have been looking to turn Turf Moor back into a fortress this season, but with four wins and four losses that is still a work in progress.

Newcastle, however, have been great at home but poor on the road, losing five of eight matches and the Clarets will be hoping to capitalise.

This match could be settled on fine margins and half-time draw is tempting, but the 5/1 price on Jeff Hendrick to score anytime stands out more.

The Irishman is due a goal having gone eight games without finding the back of the net. He has two goals to his name this season and tends to try his luck more often against sides outside the top eight, registering at least one effort against Watford, West Ham, Villa, Sheff United, Everton, Norwich and Brighton (and two against title chasers Leicester).

With the positions he occupies, the late runs he makes and his eye for goal, these odds could be worth taking. 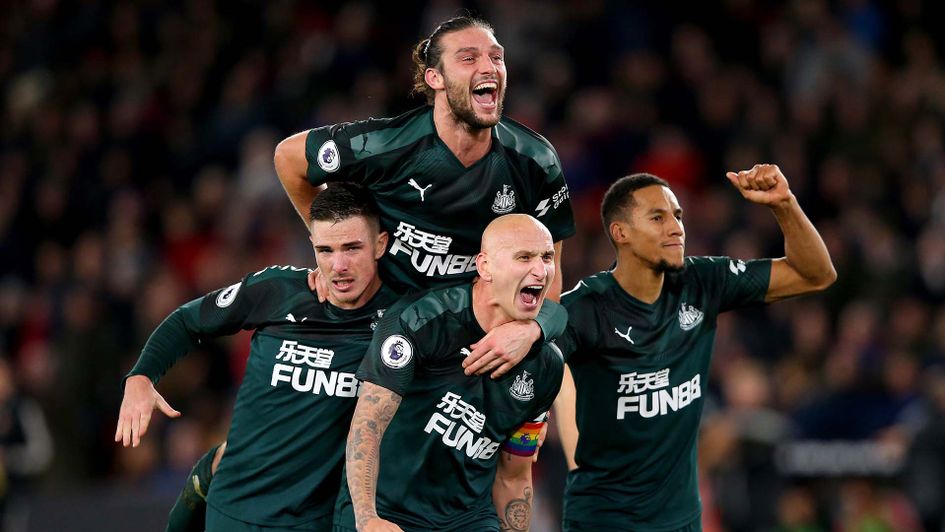 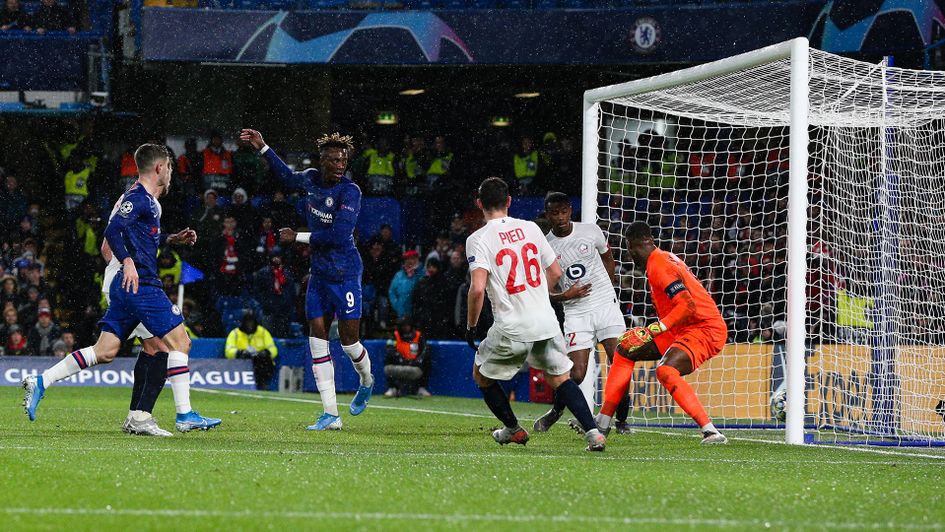 Bournemouth have won at Stamford Bridge in two of their last four Premier League visits, but Eddie Howe's side travel there this weekend in dreadful form and it would be some turnaround in performance to come away with something here.

They have lost five in a row and failed to win 10 of their last 11 in all competitions. Consistency has been an issue in recent years and they could well be facing a relegation fight in the second half of the season.

With the Cherries low on confidence and Chelsea boosted by qualifying for the Champions League knockout stages in midweek, the hosts should cruise into a first-half lead. While the 2/1 price on them to score two or more before the interval is tempting, the 5/4 on them to be leading after 30 minutes is preferred.

Frank Lampard's side have scored 10 goals in this period so far this season, including their last home outing against Aston Villa, and that should put them on their way to a comfortable home win over the Howe's men.

Best bet: Chelsea to be leading after 30 minutes at 5/4 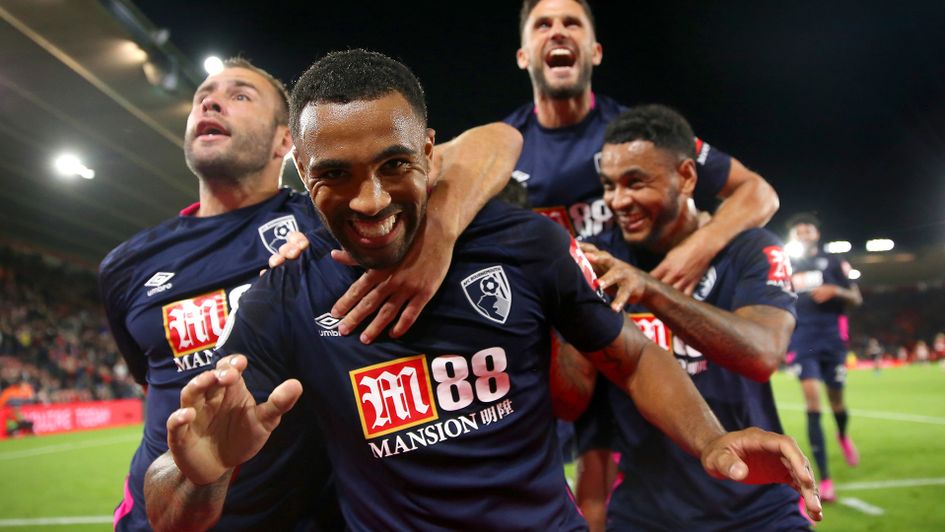 Bournemouth celebrate at Southampton earlier in the season 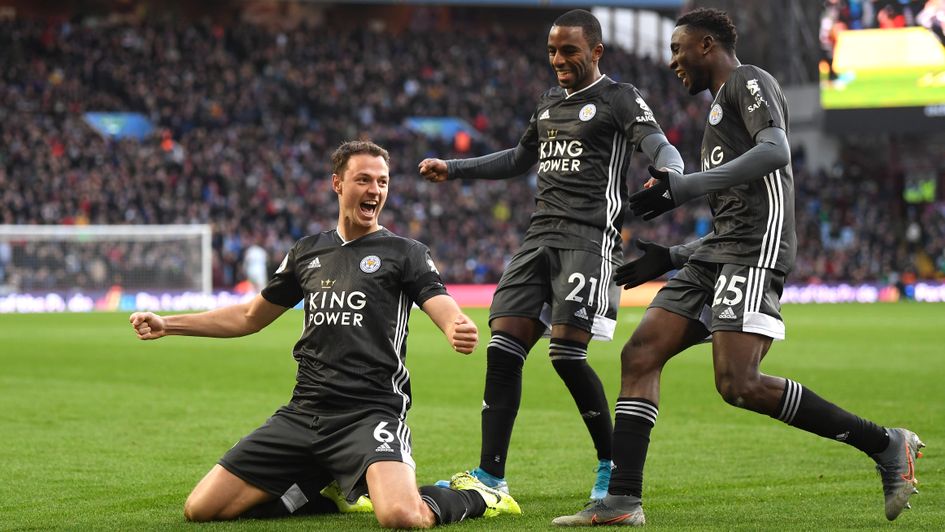 Such is Leicester's good form, it is no surprise to see them so well fancied in the majority of markets here.

Brendan Rodgers' side have won nine in a row in all competitions while Norwich are in danger of drifting away from the pack in the bottom three of the Premier League table.

Jamie Vardy is in red-hot form and can go closer to his 2015/16 record by scoring in a ninth successive Premier League game - he is, of course, odds-on but you can back him to find the back of the net in the first half at a more appealing 13/10.

The preferred value lies away from the results markets and instead with corners. For all Norwich's recent struggles, they still create chances and average five corners per away game in the top flight this term.

Leicester have the best defensive record in the league having conceded just 10 goals and may well keep out the Canaries, but they could at least have their fair share of defending to do.

Backing at least four Norwich corners is around 5/4 but the more appealing 9/4 price is on them to have at least five set pieces. 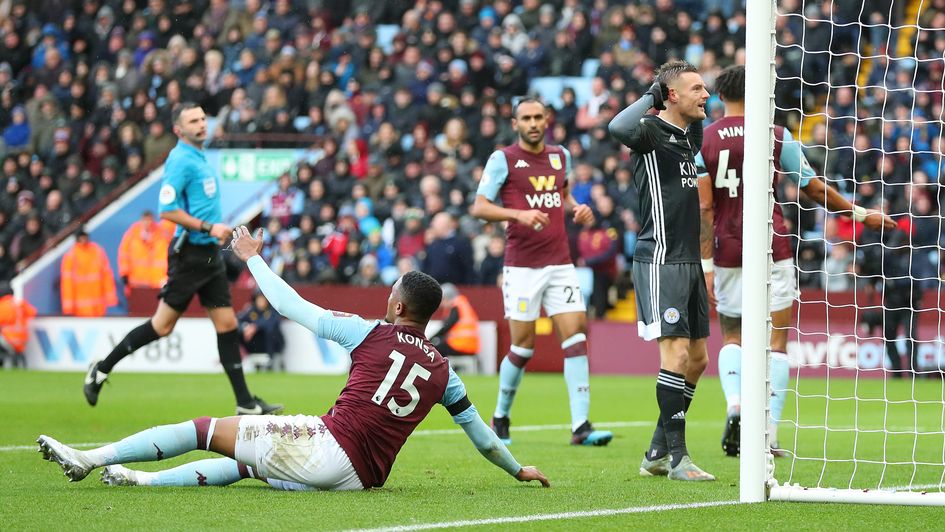 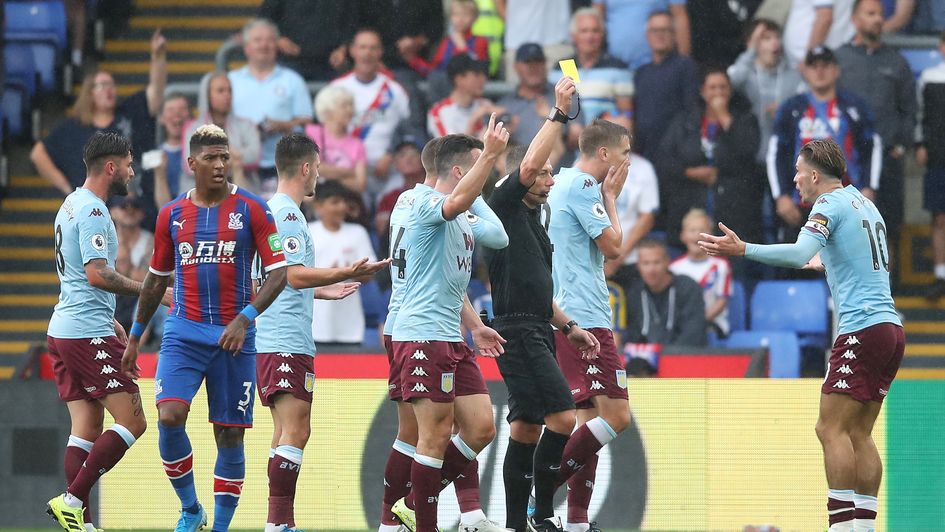 Two of the promoted sides meet at Bramall Lane and, after spending considerably more in the summer, Aston Villa are struggling and in need of points.

Dean Smith's side have won one of their last six and go into the weekend just outside of the relegation zone - on goal difference - whereas Sheffield United are flying high in eighth.

The Blades are unbeaten on the road so far but some of their home results have been more unpredictable, such as losing to Newcastle last time out in South Yorkshire, and the preference here is to avoid the final outcome.

There could be cards in this one, between two fairly aggressive sides who both average two bookings per game this season.

This is matchday 16 and the cut-off for a suspension for reaching five yellow cards is after game 19. One man close to a suspension is Jack Grealish.

The midfielder is on four cautions and it could be a tough ask for him to go without being booked in their next three (winnable games) against the Blades, Southampton and Norwich.

As the pantomime Villan (see what we did there), Grealish is always in the thick of it and the 4/1 price on him to be carded looks too good to turn down.

Best bet: Jack Grealish to be carded at 4/1 (BetVictor) 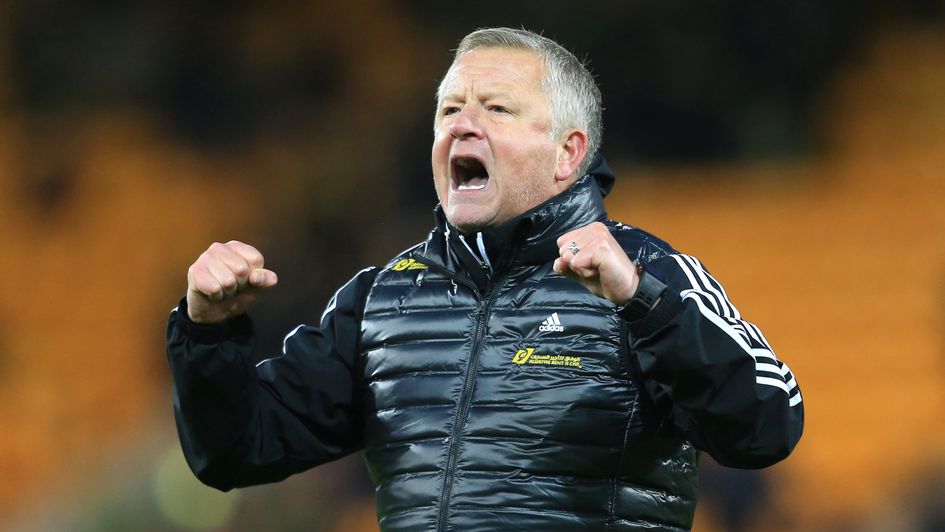 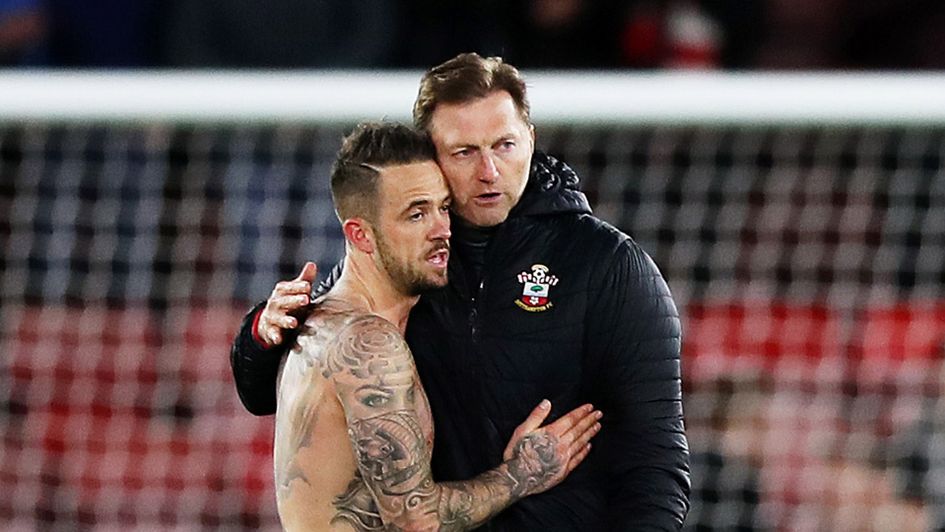 Two under pressure managers meet here desperate for points. In Sky Bet's next manager to leave market, Pellegrini is the odds-on favourite and it is, at the time of writing, a surprise to see him still in a job.

There has reportedly been talks about his position this week and their run of one win in their last 11 in all competitions has been dreadful. That win at Chelsea bought the Chilean time but now it appears to be a fluke rather than a reflection of the work being done by Pellegrini.

Hasenhuttl is the next in the list at 9/1 and the Saints were denied a point late on at Newcastle last week. Surely they will win this one at home.

While West Ham's record signing Sebastian Haller struggles in front of goal, Danny Ings is in red-hot form having scored in five successive games. The 11/8 available on him to score against a dodgy Hammers defence is not bad at all.

But due to both sides' unpredictability, there is not too much else that stands out here other than backing the hosts to win and under 3.5 total goals at 2/1. The Saints should win, but it is not one that fills you with confidence.

Best bet: Southampton to win and under 3.5 total goals at 2/1 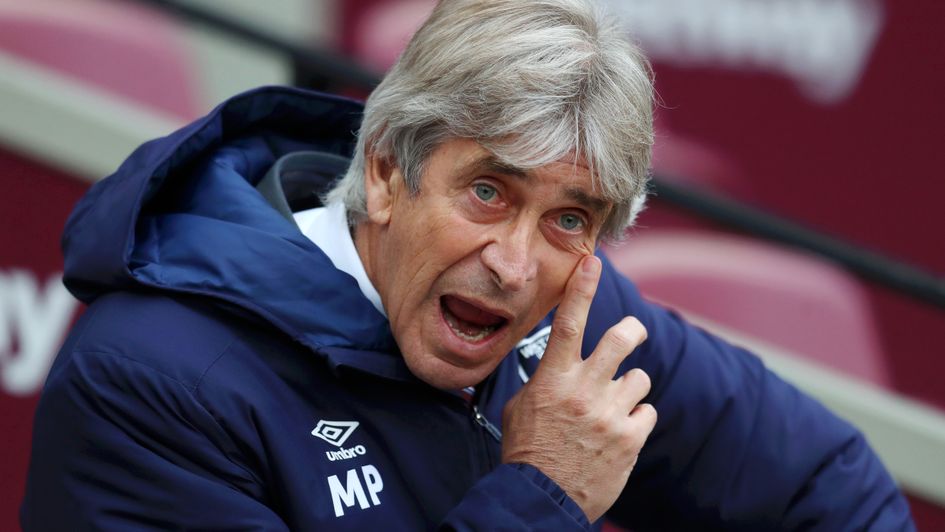