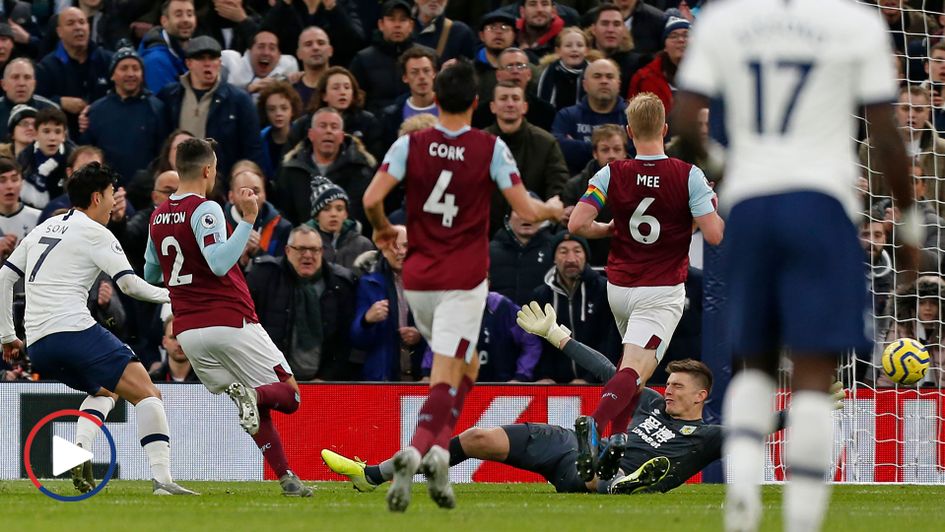 Watch every goal from Saturday's Premier League games below, including Spurs' five against Burnley

Reports and video highlights from every Premier League game, as Tottenham and Liverpool hammer Burnley and Bournemouth respectively.

Richarlison's early goal was pure theatre, rising above the visitors' defence to nod home to spark a Ferguson charge down the touchline after just five minutes.

It set the tone for an almost unrecognisable performance full of fire and heart after the former Toffees striker, taking over in the short term from the sacked Marco Silva, had called for "blood and thunder" from his under-achieving players.

Two goals for Dominic Calvert-Lewin after the break were more than deserved as even Mateo Kovacic's first Premier League goal failed to spoil the party.

First-half strikes from Alex Oxlade-Chamberlain and Naby Keita put Jurgen Klopp's side on course for a comfortable afternoon at the Vitality Stadium.

Mohamed Salah's 10th goal of the season early in the second period sealed the three points as the European champions continued their seemingly relentless march towards a first title in 30 years.

Meanwhile, Liverpool's almost-perfect day in Dorset was slightly tempered by a first-half injury to Dejan Lovren.

The visitors dominated first-half possession but were kept at bay mainly by the excellent Ake, who particularly kept Salah quiet, and it was no surprise Liverpool finally found an opening just one minute after the defender was forced off injured.

Jordan Henderson deceived Bournemouth centre-back Chris Mepham with a long, diagonal pass which allowed Oxlade-Chamberlain to volley his sixth goal of the season beyond goalkeeper Aaron Ramsdale from level with the penalty spot.

Bournemouth's alarming slump looked likely to continue when they fell further behind a minute before the break following a slick Liverpool attack.

Midfielder Keita, making his first league start of the season, collected the ball from Lovren's replacement Trent Alexander-Arnold and then received it back from Salah's back-heel before taking a touch and calmly prodding past Ramsdale from 10 yards out.

Calamitous home defending led to the result being put beyond doubt just nine minutes into the second period.

Inexperienced centre-back Jack Simpson, on in place of Ake, gave the ball away to Keita. The Guinea international then advanced to slip in Salah, who raced away from Mepham to coolly roll home past Ramsdale and atone for a close-range miss in first-half stoppage time.

The three goals came in the space of just 19 minutes either side of half-time.

The visitors were content to wind the clock down rather than go full throttle for more goals and convincingly held on for a welcome first clean sheet in 14 games in all competitions.

After suffering their first defeat under Jose Mourinho in midweek, Tottenham returned to winning ways immediately and in fine style, hammering Burnley 5-0.

It's now four wins from five games under Mourinho, while Burnley have lost 22 of their 29 games in London, as Spurs wrapped this game up within the first half with three goals.

Son Heung-min's wonder goal was the stand out moment, as Harry Kane bagged a fine brace and Lucas Moura and Moussa Sissoko also scoring in the rout.

Son's neat first-touch lay-off gifted Kane the space and Burnley paid the price for standing off the arch-finisher.

South Korea star Son stepped through the Burnley traffic just four minutes later to help Spurs double their lead. The half's outstanding performer saw his shot rebuffed, but the quick-thinking Alli was able to hook the ball across the area - for Moura to bundle home.

Son's third and most destructive run on the ball saw him jink from one box all the way to the other - dancing passed numerous lacklustre tackles - and then still boast the poise to slot home a fine finish.

Kane, recovered from an ankle injury, to extend the one-way traffic after the break, checking in from the inside left before blasting into the roof of the net.

Sissoko made up for his first-half miss when prodding home after exchanging passes with Kane for Spurs' fifth.

New Watford manager Nigel Pearson watched his team for the first time from the stands and saw them struggle in front of goal after they were held to a 0-0 draw by Crystal Palace.

Interim boss Hayden Mullins took charge for the last time at Vicarage Road and, despite plenty of possession, clear-cut chances were limited for the Premier League's bottom club.

It meant for the ninth time in 16 top flight matches this season, the Hornets failed to find the net, but Eagles manager Roy Hodgson would have been content with the point, with injuries badly affecting his team.

No goals were forthcoming before the break though and it was a case of whether either side could produce the required quality to open the scoring in the second period.

It was the Hornets who looked the most likely to make the breakthrough and Gerard Deulofeu curled wide from 25-yards in the 53rd minute.

Crucially Vicente Guaita was largely untroubled in the Palace goal aside from demonstrating his impeccable handling from several teasing Watford crosses.

In the space of four minutes, Jordan Ayew drilled over before Sarr headed off target and Gary Cahill then denied the Watford attacker with a superb tackle inside the area.

Guaita had to be alert to deny Gray and Sarr after the 90 minutes were up, but it ended goalless which is no surprise given these two are the two lowest scorers in the division.

Liverpool were handed another huge boost in the race for the Premier League title after Manchester United stunned derby rivals Manchester City 2-1 at the Etihad Stadium.

Jurgen Klopp's side opened up an 11-point gap at the summit with victory over Bournemouth and defending champions City failed to keep the pressure on in the evening kick-off.

Marcus Rashford steered United ahead from the penalty spot in the 23rd minute after VAR adjudged that he was fouled in the box by Bernardo Silva.

And after the England striker clipped the crossbar, fit-again Anthony Martial squeezed an effort under Ederson six minutes later.

City searched for a way back into the match in the second half, scoring through substitute Nicolas Otamendi five minutes from time, but they slipped 14 points off top spot. 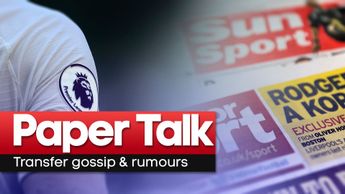