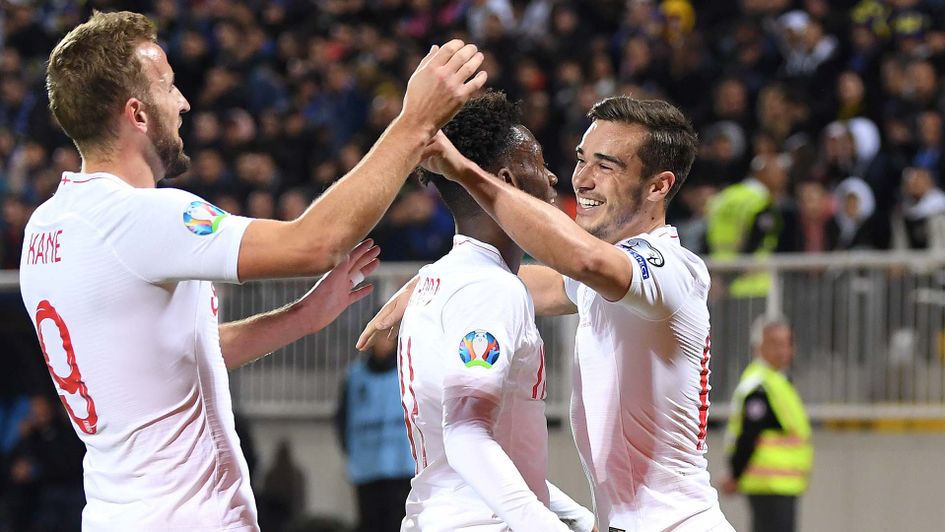 England ended their Euro 2020 qualifying campaign in typically ruthless fashion with three late goals giving them a 4-0 win in Kosovo.

Having already won Group A, England have assured all their group games next summer will be played at Wembley, but the win in Pristina also confirmed them as one of the top seeds for the European Championship draw.

Gareth Southgate made a few changes, but it was the same type of performance, and result, he's become accustomed to during this qualifying campaign, with Harry Kane scoring yet again and England running out handy winners.

They were given a game by a lively Kosovo team, and for a long time only a first half Harry Winks goal was the difference between the two sides until the hosts began to tire, and the Three Lions showed their teeth.

⚽️ Not many had Harry Winks first goal!

Kane made sure he got a goal in every game of the campaign, before substitute Marcus Rashford slotted home a brilliant third and fellow replacement Mason Mount scored his first international goal right at the death.

It meant a 37-goal tally for England in qualifying - their best ever - but even if there's no doubt about their clinical nature going forward, there remains question marks over their defending.

Southgate, then, has plenty to think about and only a few friendlies left to look at his options before leading England into another major tournament - with their next game being their Euro 2020 opener at Wembley on June 14.

Kosovo 0-4 England - As it happened

See how the action unfolded in our live blog...