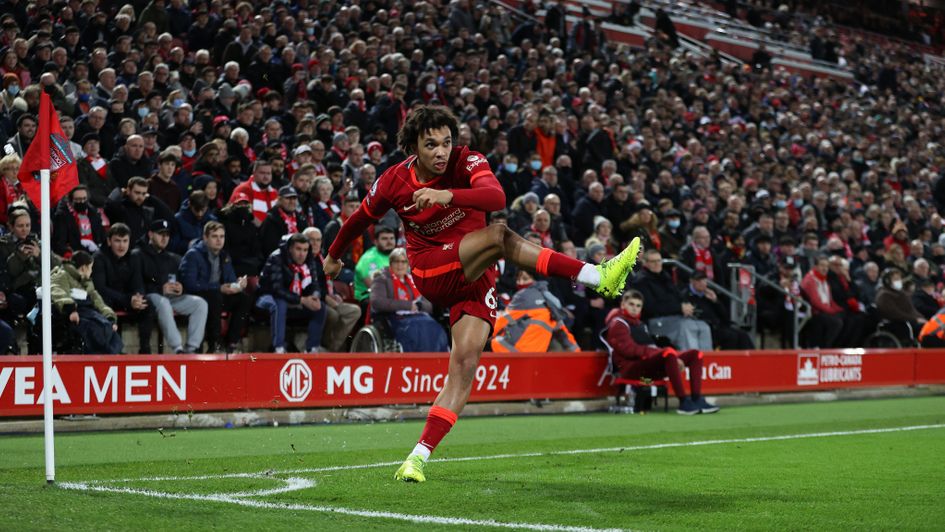 Jake Pearson previews the Sunday clash between Liverpool and Brentford, picking out two bets and a score prediction.

Liverpool arrive into this fixture in something of a rough patch, their only victory in their last four games coming against Shrewsbury in the FA Cup last weekend.

A draw with Chelsea prior, following by a disappointing stalemate at home to Arsenal in the first leg of their Carabao Cup semi-final on Thursday, has left the Reds searching for inspiration, particularly with key players Mohamed Salah and Sadio Mane away at the African Cup of Nations.

The presence of these two players was sorely misses against the Gunners in midweek, Liverpool struggling to breakdown Mikel Arteta’s side, even after the visitors were reduced to ten men early in the match.

Perhaps Granit Xhaka’s red card hindered Liverpool rather than helped them – forcing Arsenal into a deep block and cutting off any space in the final third – but the absence of their two most prolific forward players over the past few seasons was glaringly obvious.

Salah and Mane have scored 46% of Liverpool’s goals this season, and with the Egyptian also providing nine assists on top of his 16 goals, it is clear to see how detrimental it is for Jurgen Klopp to not have these players at his disposal.

It lowers the chances of Liverpool scoring significantly, for all their prowess going forward, and even more so as they prepare to face a Brentford side who boast the eighth best defence in the league according to expected goals (xG).

The Bees have conceded 30 times this season, but they have only allowed chances equating to 27.4 expected goals against (xGA), and average of 1.37 xGA per match.

Those are comparatively impressive figures for a side experiencing their first season in the Premier League, and though, admittedly, their 4-1 defeat at the hands of Southampton last time out was disappointing to say the least, Thomas Frank’s men have certainly saved their best for the big guns this campaign.

In games played against the current top five this season, Brentford have a goal difference of +1, beating Arsenal and West Ham, as well as drawing with Liverpool – their defeats to Chelsea and Manchester City only coming by a solitary goal.

Frank is meticulous in his planning for such matches, and undoubtedly the Bees manager will have a plan in store to stun and already depleted Liverpool team.

However, the Bees haven’t been the most prolific scorers themselves, particularly when on the road. In fact, only five teams have returned a lower xGF per match away from home than Brentford this season, and when also factoring in that Liverpool have kept a clean sheet in more than half their home matches this season, backing BOTH TEAMS TO SCORE ‘NO’ makes definite appeal.

Though these two do not sit at polar opposites of the table, there is a stark difference between Liverpool and Brentford in terms of the number of corners won this season.

Only Manchester City have taken more corners than Jurgen Klopp’s side, and while Brentford do sit second bottom of that particular table, it is the sheer volume of corner kicks won on average by Liverpool that is key here.

The Reds average just under eight corners per game when at Anfield, including racking up 11 in their last two successive league matches.

More crucial perhaps though, than the simple averages, is the game state, and with Brentford expected to make this a frustrating contest, Liverpool could be forced to constantly attack throughout the match, leading to more shots and crosses, which should lead to more corners.

Given the reverse fixture between these two saw a total of 13 corners, 10+ MATCH CORNERS looks a very achievable target, and is very backable at a price of 4/5.