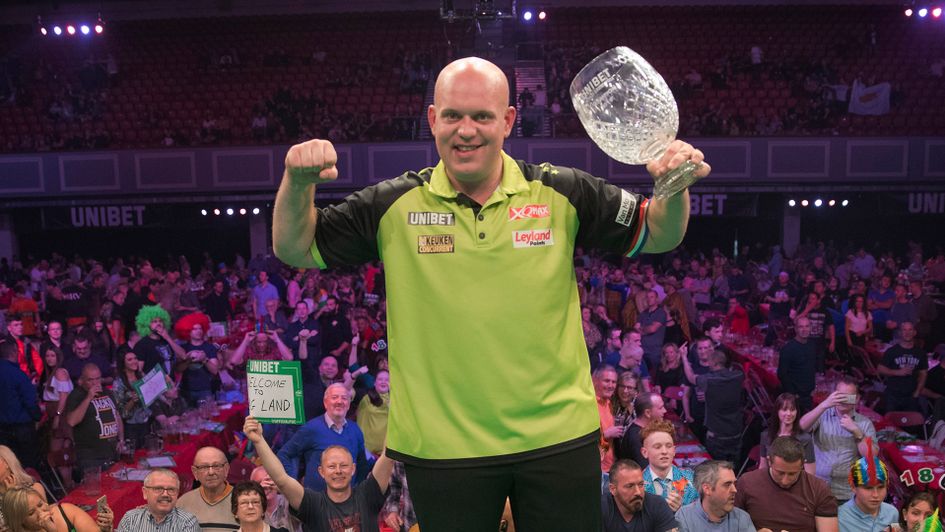 Michael van Gerwen reasserted his dominance in darts as he defeated Peter Wright in the World Grand Prix final in Dublin.

The world number one headed to the PDC's unique double-start major with question marks surrounding whether he'd lost his swagger on the biggest stages and if he'd even been surpassed as the game's superior force by Gary Anderson, who had won this year's UK Open, World Matchplay and Champions League of Darts.

But having romped into his fifth World Grand Prix final in the past seven years with a string of sparkling displays and the loss of just two sets, MVG then completed the job with a 5-2 victory over world number two Peter Wright to claim this title for the fourth time in his career.

It's also his 17th individual tournament success of the season, including the Premier League and Masters, and he'll be hot favourite to add to his tally during the hectic winter of majors coming up, which culminates in the 2019 World Championship.

Although averaging only 88.45 - his lowest of the tournament so far - van Gerwen landed two vital ton-plus finishes and fired in seven 180s during the triumph while Wright managed 91.61, six maximums and a high checkout of 101, which he managed twice.

The Dutchman produced a 101 checkout to go 3-2 up in sets before reeling off the last two sets in impressive style to land the trophy and the £100,000 top prize.

Van Gerwen looked in trouble at 2-2 with Peter Wright in control of the fifth leg, but as the first-time finalist squandered a big lead the Dutchman roared back and won the pivotal leg with a stunning 101 checkout.

He said: "I had to fight really hard to win that one. All credit to Peter, he made it difficult. At the start of this game I didn't play well but I showed winning instinct inside me to survive.

"Everyone wrote me off but I took the recent defeats on the chin and fought back even harder and played a phenomenal tournament. I'm building my preparation for the World Championship and I'm growing in confidence with every win - they should all be afraid of me."

World number two Wright, who was appearing in his first Dublin final, said: "Michael is a fantastic player but he only won tonight because I let him off so much," said Wright, who saw off Steve West, Jermaine Wattimena, James Wilson and Mensur Suljovic to reach the Citywest showdown.

"My form this year has been up and down, I had an awesome game against Mensur on Friday but unfortunately I couldn't do it again in the final.

"I enjoy my darts and I mix it with the best, maybe next time I will go all the way."