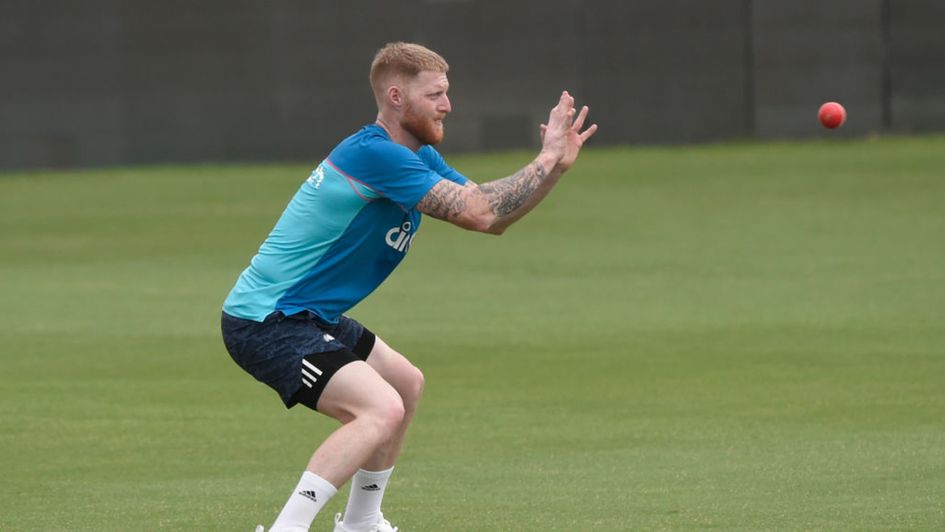 Ben Stokes back on England duty

Richard Mann kicks off his Ashes diary by contemplating the impact of David Warner's recent return to form, and the importance of Ben Stokes to England's chances.

Australia have named a 15-man squad for the first two Ashes Tests in Brisbane and Adelaide, with Usman Khawaja back in the fold following a strong start to the domestic season Down Under.

Khawaja – who currently averages 40.66 from 44 Tests – lost his place in the Australia side when only managing a top score of 40 in the first three Tests of the 2019 Ashes series in England, but has forced his way back into the reckoning with two hundreds and a half-century in four Sheffield Shield matches. His 404 runs make him the leading runscorer in Australia so far this summer.

Despite often been criticised for his relaxed attitude, Khawaja has built a formidable record at home with an average of 52.97 in Australia persuading chairman of selectors George Bailey to take another look at the Queensland left-hander who is now fast approaching his 35th birthday. Siding with experience in the Ashes is a tried and tested policy for Australia, and Shaun Marsh struck 445 runs at 74.16 in 2017/2018 as the hosts ran out 4-0 winners.

Also in Khawaja's favour is his experience of batting at number three, and with Australia likely to have some inexperience at the top of the order and at number six, Khawaja would provide more solidity and quality to a top six that has relied on too few more recently.

Khawaja is likely to return at number five, though Travis Head retains his place in the squad having been selected for the cancelled tour of South Africa back in March, and he will hope his own good form and the backing he has received from the Australian selectors already will instead earn him the nod.

The battle for that number five spot appears to be Australia's only significant conundrum, with Khawaja surely the frontrunner in a move that would go a long way to strengthening a position that has been a weak link in the batting order for a couple of years now. 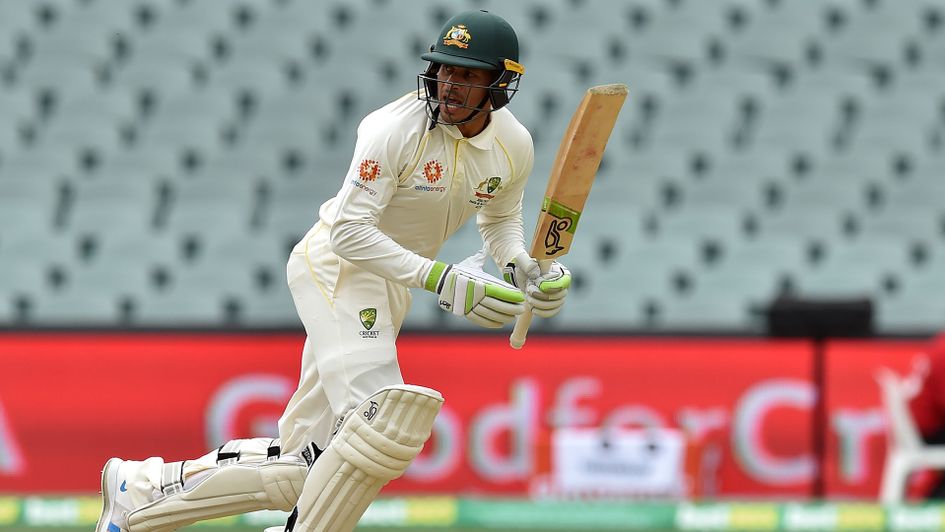 Usman Khawaja is back in the Australia squad

Elsewhere, Jhye Richardson's 16 wickets in three Sheffield Shield matches will be a big boost to head coach Justin Langer who will be well aware of the need to rest the likes of Mitchell Starc, Josh Hazlewood, and possibly even Pat Cummins, at some point during the five-match series.

With Richardson reported to have bowled quickly in Brisbane last week, he would appear to be next in line despite the presence of the uncapped Michael Neser in the squad. With an on-song Khawaja also back in the fold, things look to be falling nicely into place for Australia.

England have landed Down Under ahead of the Ashes

England's full Ashes squad is now in Australia, with the first wave having been in their quarantine base on the Gold Coast in Queensland for just over a week now, while those who were part of England’s T20 World Cup party were forced to share a plane back Down Under with Australia’s triumphant T20 outfit on Monday. I suspect the likes of Mark Wood and Jonny Bairstow were happy when the plane finally landed.

The big news is that Ben Stokes is already there and is reported to have trained well to be on track for the first Test at the Gabba on December 8. Stokes hasn’t played a competitive match since July 26 having taken a break from the sport to look after his mental health and undergo a further operation on the broken finger he suffered in the Indian Premier League back in the spring.

Though not named in the original squad, Stokes was added to the touring party after informing captain Joe Root he was ready to return to international duty, and his presence clearly changes the dimension of England’s side, and the series.

While Australia weigh up whether to bring Mitchell Marsh back at number six in place of the promising but unproven Cameron Green, having the best Test all-rounder in their line-up is one area in which England clearly hold an advantage.

What Stokes’ return also means is that England’s bowling attack featuring veterans James Anderson and Stuart Broad is now likely to be afforded some respite on those hot, stifling, Australian summer afternoons, while the likelihood of England picking a spinner to better balance that attack has also increased.

Being able to call upon a talismanic figure like Stokes, one who averaged 55.12 in the 2019 Ashes series when making that memorable, match-winning century at Headingley, will be a big boost to Root, in particular.

At times, Root has been fighting a lone battle with the bat over the last 12 months and Stokes adds class and a touch of genius to that England top six.

The skipper hard at work 👀

Our Men's Ashes prep is well underway in Queensland 💪 pic.twitter.com/N58s7ipJpD

Is David Warner really back?

Just when we – or mainly me – thought David Warner was on his way out, the 35-year-old turned his poor form around with a string of crucial displays in the UAE to help drive Australia to a maiden T20 World Cup success, in the process being named Player of the Tournament.

Was it Take That who sang Back for Good, or the Jackson Five? Maybe it was both. Both iconic bands, anyway. The point is, Australia really did want and need Warner back – the real Warner, not the one who became Broad’s bunny in 2019, and certainly not the one who was rattled by Anrich Nortje’s pace in the IPL.

Australia dropped Marsh in their group match against England, only to bring him back and watch him claim Man of the Match honours in the final. Had Warner not made runs against Sri Lanka, his might have been the next head on the chopping block.

One suspects the looming Ashes series and Warner's importance to Australia in Test cricket ensured he was afforded more rope than others, Marsh included, and the gamble duly paid off. 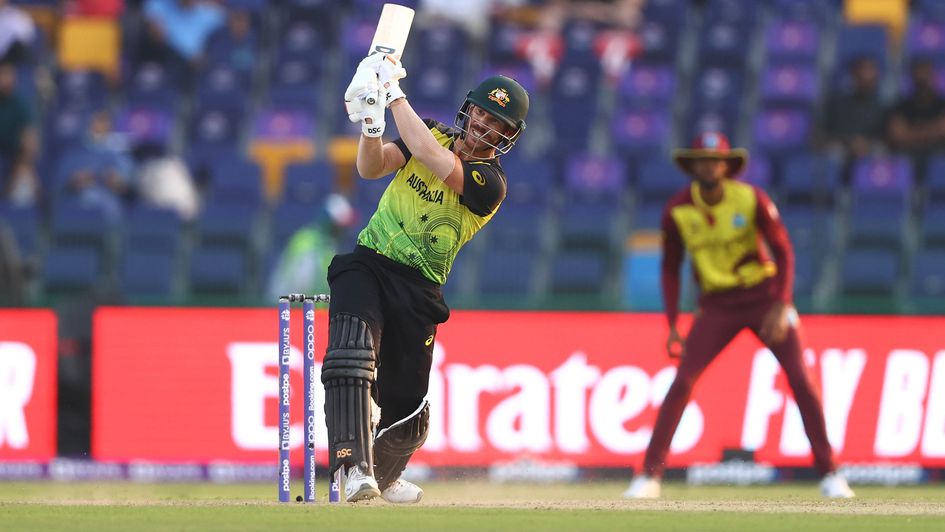 David Warner found some form at the T20 World Cup

What we do know for sure is that Warner will walk to the crease in Brisbane full of confidence, but that England, and Broad in particular, will fancy their chances of maintaining their recent stranglehold over him. Should he play, Chris Woakes will too, given how he nicked him off in that World Cup clash with a channel delivery that had Warner’s feet rooted to the crease and his hands groping for the ball like a baker who had just dropped the wedding cake.

One suspects England will view Wood’s express pace as another way to attack a man who hasn’t played the short ball as well as he used to in the last year or so.

What is also clear is that Warner’s form is absolutely vital to Australia and therefore to England’s chances of winning the series. Australia were able to carry him to a certain extent in 2019, but that was because Steve Smith made three centuries and averaged over 100 with the bat, and was ably backed up by a brilliant group of pace bowlers.

Smith, however good he may be, is unlikely to scale those heights again, while that pace cartel has been reduced by two following the retirements of Peter Siddle and James Pattinson.

For England, they will expect Smith and Marnus Labuschagne to have a certain amount of success, but they will need to limit that success and keep the rest of the Australia batting line-up quiet.

If Warner fires, and is able to hurt Anderson, it’s hard to see how England can win a series between two sides that have struggled to make big runs for some time now.