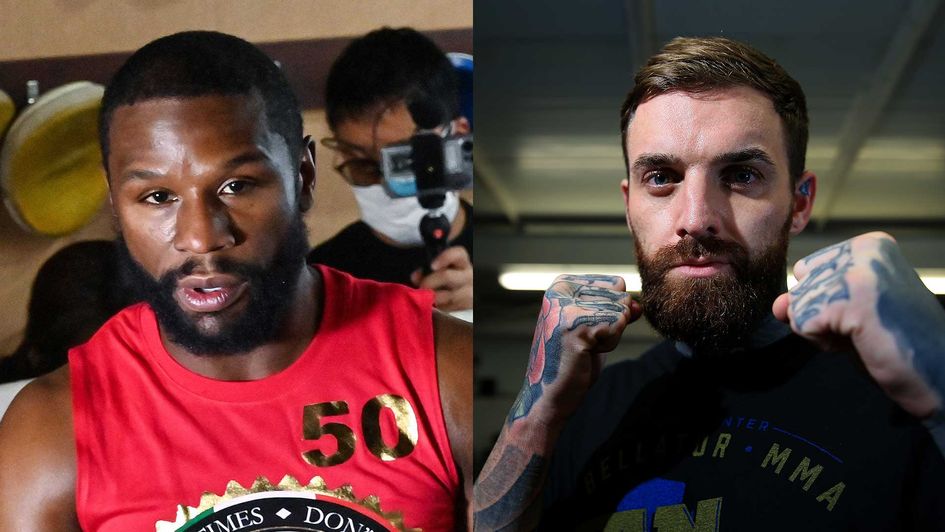 Floyd Mayweather will make his long awaited UK debut in an exhibition bout against MMA fighter Aaron Chalmers at the O2 Arena on Saturday February 25.

It was previously announced on social media that Mayweather would face Liam Harrison but the Muay Thai star Harrison has since been forced to withdraw due to a knee injury.

“I was originally supposed to face a different opponent, but injuries happen and I’m glad that Aaron Chalmers could step up so that we could give the fans what they want,” said Mayweather, who ended his professional career with an unbeaten 50-0 record.

“The fans in the U.K. have always been great to me and supported me throughout my career, so an event like this has been a long time coming. I’m excited to add more history to the O2 Arena in London.”

Chalmers, who initially found fame in the TV show Geordie Shore, said: "I’ve been training with Adam Booth in the boxing gym and I’m eager to make a name for myself in the boxing world. I jumped on this opportunity immediately. It’s an honor to share the ring with one of the greatest fighters of all time and I’m definitely going to take advantage of it."

Chalmers had a 5-2 pro MMA record, including four Bellator outings before retiring from that sport in 2021.

Chalmers went 2-2 with Bellator but ultimately retired from mixed martial arts competition – that included three wins in BAMMA – in 2021.

Mayweather’s exhibition tour has seen him compete in electrifying exhibition contests in Dubai, Japan and Miami in recent years, with London now the next on his world tour.

The date of the fight is also due to be on the same day that Jake Paul and Tommy Fury are due to face each other.