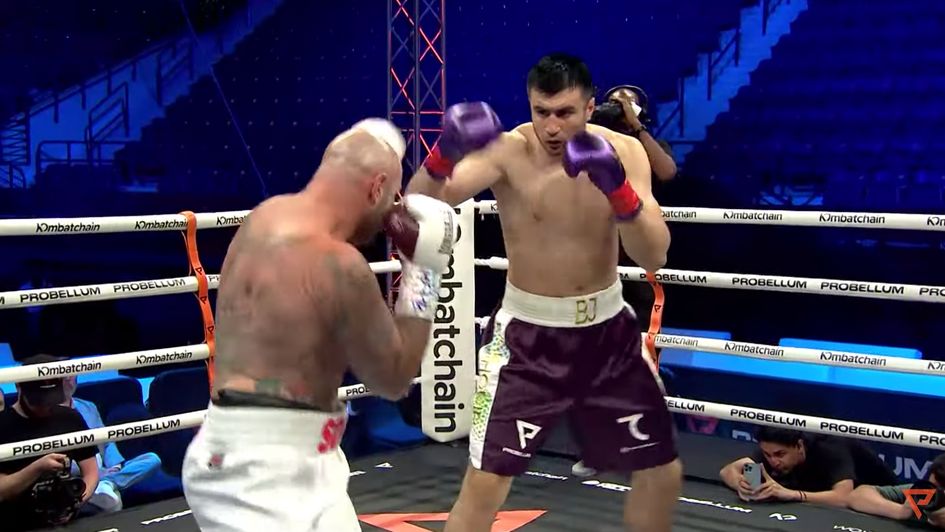 Bakhodir Jalolov believes he could be undisputed world heavyweight champion within two years.

The Uzbek rates Tyson Fury as the leading big man in boxing but is confident that he will, one day soon, takeover from the ‘Gypsy King’.

Jalolov, the 2020 Olympic champion, has won all 11 of his professional contests by shuddering KO and looks to add American Curtis Harper to his hit-list on Saturday night, in California on the undercard of the Jose Zepeda vs Regis Prograis world title fight.

The 28-year-old is seen by many boxing insiders as the heir to the heavyweight throne and has warned his rivals that he possesses a potent combination of devastating punch power allied with movement, footwork and boxing intelligence.

“I think the Tyson Fury is the best heavyweight in the world, and Oleksandr Usyk is very good, obviously, too,” Jalolov told Probellum.com.

“Fury for his size, he moves unbelievably. He has unbelievable movement and once again, he is big and heavy. Usyk is a great boxer, but obviously he's small for the weight class.

“For me, I'm not a hero in Uzbekistan for winning the Olympics, I'm not there yet. But once I become undisputed heavyweight champion of the world at that time, maybe they'll call me a hero.

"I'm not just a puncher. Of course, I can punch, and I know that I have power because every time I land, people go down. But I have much more than that. I have a great footwork, feeling of distance and timing and speed.

“Wladimir Klitschko was tall and fought really smart, he fought behind the jab and was very intelligent,” said Jalolov. “He was also a good person, in and out of the ring. Klitschko was a great, great example.

“A long time ago, I had a nickname, the ‘Uzbek Klitschko’. And, God bless, soon he'll know my name and who I am.”