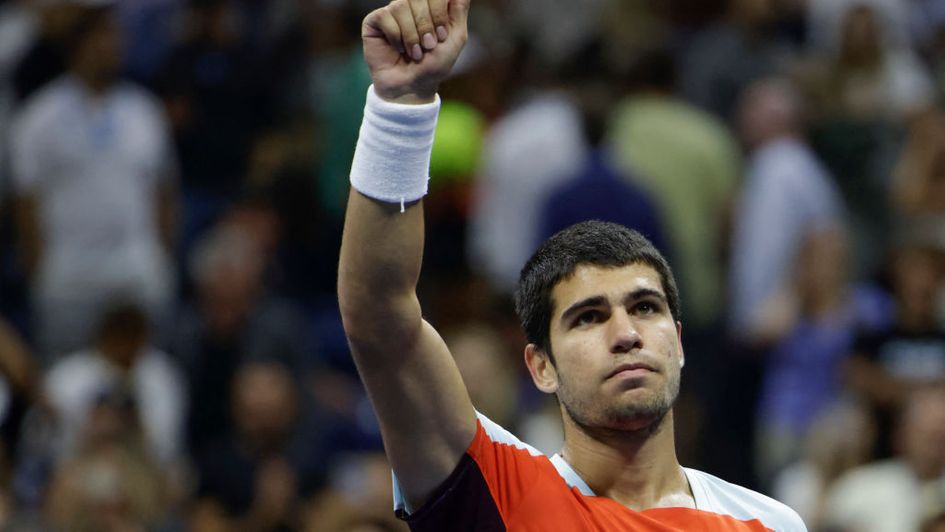 The US Open action continues at Flushing Meadows on Monday

Not only will these two be playing for their maiden Grand Slam title in Sunday’s US Open final but the world number one spot will also be on the line.

Alcaraz would be the first teenager to reach the summit, while Ruud’s potential jump from seventh to first in the rankings would also create history.

It’s Alcaraz who starts the favourite at around 4/9 which looks fair.

He looks to have the better attacking and defensive skills, his shot-making often a delight to behold.

But he’s now played three successive five-set matches which has to be at least a slight concern for any potential backers.

Admittedly fatigue didn’t kick in against Frances Tiafoe on Friday night but we’re deeper into the stamina well now. 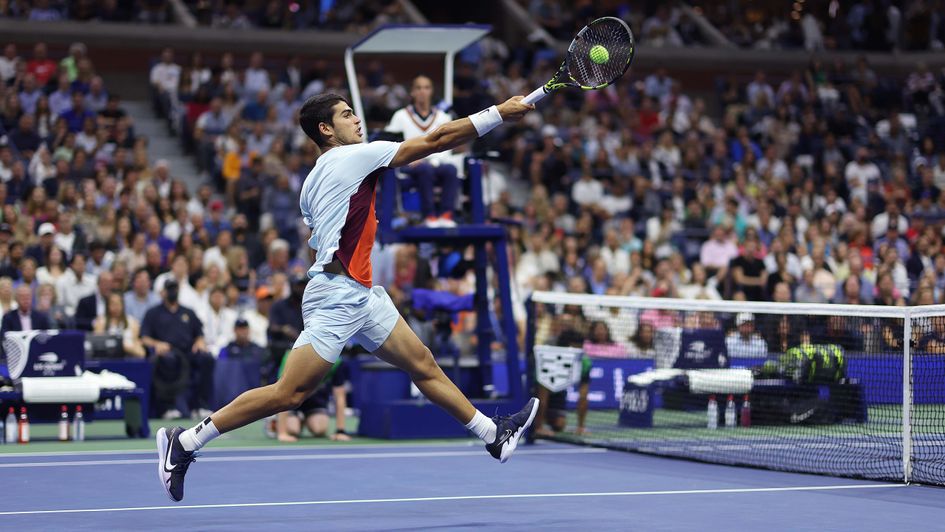 Carlos Alcaraz on his way to the US Open Final

You’d have thought Ruud will consider going long his best route to victory given the circumstances and he does have the tools which could force this one deep.

He says keeping Alcaraz pinned back is his priority.

“I think if I want to beat Carlos, I'll need to play very precise with all the shots that I hit,” said the Norwegian. “Especially try to keep him a little bit further back in the court, to play with good depth and length on all my shots.

“If he steps in, he can do anything with the ball. He can rip a winner. He also has great touch with the drop shot. I think he has one of the best drop shots on tour.

“If you play with good depth and good length, it's tougher to hit drop shots. That will be something that I will try to focus on.”

Ahead of a historic #USOpen final, relive their meeting in the 2022 @MiamiOpen final... pic.twitter.com/YsNfXcPVMQ

Ruud has been very solid in recent matches, keeping his error count low against both Matteo Berrettini and Karen Khachanov.

His strong defence is complemented by strong counter-punching ability, as he showed off both wings against the Russian in the semi-finals.

Ruud tended to win the longer points that day, although doing so will be much more difficult against Alcaraz, who himself won 67% of the rallies which went at least five shots during his win over Tiafoe.

Alcaraz can hit through anyone, although it’s notable he’s not been able to do it set after set during this tournament with Marin Cilic, Jannik Sinner and then Tiafoe all giving him real problems – the former two both led by a break in the final set, and Sinner actually held a match point over the Spaniard.

The pair’s two previous meetings have both been won in straight sets by Alcaraz, the most relevant being April’s Miami Open final which the 19-year-old claimed 6-4 7-5. The other match was on clay.

A big factor in both victories has been Alcaraz’s first serve which won him 75% of points in Miami and 82% last year in Marbella. If he’s to win, Ruud will need to make more of an impact in that department, I suspect.

Still, those momentum swings we’ve seen a lot of in Alcaraz’s matches of late put me off backing him for a 3-0 success here.

Ruud’s level has been pretty impressive and like the others before him, he looks capable of grabbing at least a set.

Considering what’s at stake for both men, I’d expect the momentum to swing during the match, nerves possibly playing a part.

And, given I’m still struggling to look beyond the favourite in terms of the man lifting the trophy on Sunday night, I’m going to take a punt on a four-set win for the youngster.

For those looking for something in the sub-markets, over 12.5 aces could offer some value at 17/20 (Unibet).

There were 11 in what proved to be just a two-set affair in Miami and conditions are probably quicker here, where they will have to play at least three sets.

Still, such a bet places a lot of emphasis on a one-off match and with not enough head-to-head data available given they’ve only played twice before, I’ll personally leave this one alone.

Sporting Life have partnered with Talking Snooker for their latest podcast episode - an interview with Neil Robertson. Hear why he's keen on some changes to the World Championship and its fabled venue, the Crucible, in a wide-ranging interview with a modern-day snooker legend.