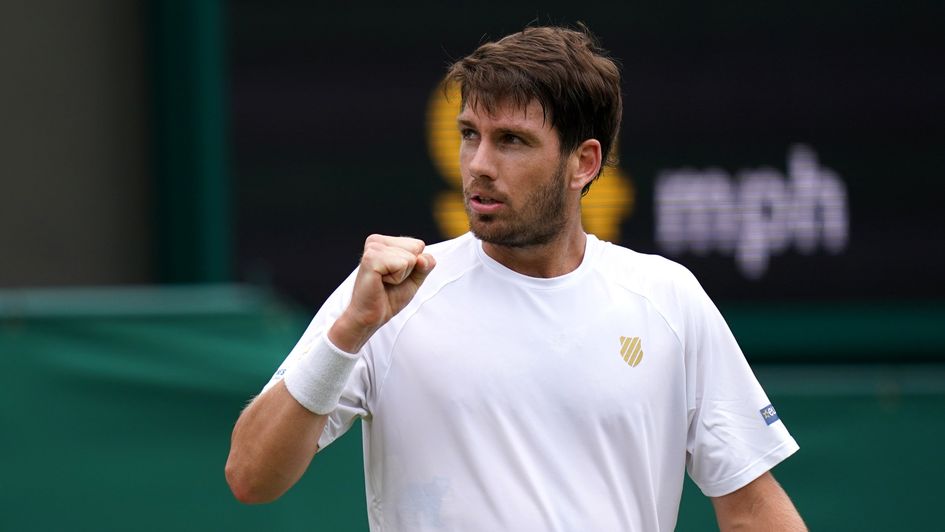 Our tennis man Andy Schooler previews this week’s action in Vienna and St Petersburg where the race for ATP Finals spots will intensify.

With only three ATP Finals places still available and just two weeks in which to grab them, a stellar field has gathered in Vienna this week – the top eight seeds are all inside the world’s top 14.

With 500 points to the winner (as opposed to 250 in St Petersburg, see below), virtually all those chasing places at the season-ending showpiece in Turin have opted to head to Austria.

Matteo Berrettini, Casper Ruud and Hubert Hurkacz are the men in possession. It’s hard to see Berrettini missing out but the other two will be desperate for points this week, as will closest rivals Jannik Sinner and Cameron Norrie, two men with genuine hope of making it into the elite group of eight.

Two of the five to have already booked their places in the ATP Finals are also in attendance.

Presumably Stefanos Tsitsipas and Alex Zverev will be looking to strengthen their form heading into that event but both will also know the more lucrative Paris Masters begins the day after the Vienna final.

I’m not convinced by their motivation levels to be backing either of the two market leaders who, in any case, haven’t sparkled of late.

Tsitsipas hasn’t made a final since Roland Garros, lost to Carlos Alcaraz at the US Open and struggled in Indian Wells, losing sets to the out-of-sorts Alex de Minaur and Fabio Fognini before bowing out to Nikoloz Basilashvili.

Zverev was another to suffer a surprise loss in the Californian desert – Taylor Fritz being the man who beat him in the last eight.

❗ The main draw is out ❗ Which first-round pairing are you most excited about? 👀 #ErsteBankOpen #Vienna @atptour pic.twitter.com/nFXmwIaedM

Both face tricky openers here – Tsitsipas against Grigor Dimitrov, who has found some form recently, and Zverev against Filip Krajinovic, who is capable of troubling the best indoors.

I prefer to look further down the market and two of those ‘chasers’ immediately catch the eye.

JANNIK SINNER has won in Sofia and Antwerp indoors – both without losing a set - since the US Open and really appears to be building some momentum.

He’ll need to keep it going if he’s to reach Turin so expect another big effort this week.

Perhaps fatigue is going to become a factor over the next fortnight – the ‘Race to Turin’ will reach its conclusion in Paris next week – but the Italian has youth on his side and we’ve seen in the past players have been capable of sustaining a late-season run with that ATP Finals carrot dangling in front of them.

I also can’t resist the 25/1 about CAMERON NORRIE.

His confidence could not be much higher right now following his maiden Masters 1000 title in Indian Wells.

It was the Briton’s second win of 2021 and his sixth final appearance. One more good week may well be enough to get him to Turin.

The reason for his 20/1 quote, in my opinion, is he’s yet to shine indoors.

Yet Norrie’s continuing improvement suggest to me he’s going to figure that out sooner rather than later.

In terms of this Rebound Ace surface, it tends to play fairly slow which I don’t see being a huge problem for Norrie – the conditions in Indian Wells were very sluggish, albeit higher bouncing than they will be in Vienna.

A first-round clash with Marton Fucsovics is due to be followed by a meeting sixth seed Felix Auger-Aliassime.

I’d suggest those matches are very winnable for Norrie given his current form and give him a chance to play himself into this event.

Zverev could follow in the last eight and while the German leads that head-to-head 2-0, both matches were tight and they haven’t played since 2019. It’s fair to say Norrie is a better player these days.

I also considered Diego Schwartzman at a similar price.

I was left to regret not backing him last week as he made the final in Antwerp, a tournament at which he’s regularly performed.

Vienna is another venue where the Argentine has a decent track record – he was runner-up here on his last visit in 2019 and made the quarter-finals in 2017.

The problem is when Schwartzman ran into a bang in-form opponent in both Indian Wells (Norrie) and Antwerp (Sinner), he was wiped off the court.

In a field of this quality, I suspect he’ll find someone too good before the final, even though he should enjoy the conditions.

One thing I did get right in my preview last week was that Andrey Rublev was worth taking on in Moscow.

The top seed duly lost his opener to Adrian Mannarino to continue a shaky run which has also seen him beaten by Tommy Paul in the last 32 of Indian Wells.

Rublev is again the favourite in his homeland this week but at 4/1 I’ll happily take him on again.

Yes, he is the defending champion but this time last year he was on a winning roll – St Petersburg was one of three titles post-US Open. This season he’s only lifted one trophy in total, and that was back in March in Rotterdam.

This week Ilya Ivashka looks a dangerous player to be (potentially) meeting in your opening match and with Seb Korda and Karen Khachanov also in his half, Rublev is far from certain to be making the final, let alone winning the title.

Roberto Bautista Agut, four times a semi-finalist since the tournament moved to its current Sibur Arena home in 2015, and Moscow runner-up Marin Cilic are others in this section, one which looks tough to call.

I’m instead going to move to the bottom half in search of some value.

Denis Shapovalov leads this side of the draw but the Canadian is on an awful run right now having lost seven of his 11 matches since making the semi-finals of Wimbledon.

As I’ve mentioned many times in the past, he’s also a player with just a single ATP title to his name, that coming back in 2019. I’d want more than 13/2 about him doubling his tally this week.

Aslan Karatsev looks to have a better chance at slightly bigger odds.

He defied my expectations in Moscow, putting a poor indoor hardcourt record to one side to claim the title. Still, now he’s got to back it up and reaching back-to-back finals at this level is not something the Russian has done before.

The other seeds here are Indian Wells semi-finalist Taylor Fritz and Alexander Bublik.

Fritz may fancy his chances after that run in California but the Rebound Ace will provide considerably different conditions here.

Bublik can be taken on – he lost his opener in Moscow miserably and is now 5-7 across his last 12 matches.

Essentially, I think the seeds can be opposed here and the men I’m going to go with are both Australian.

JAMES DUCKWORTH has found some career-best form recently, making his first ATP final in Nur-Sultan where he beat Ivashka and Krajinovic, among others. He then reached the last eight in Sofia where it took eventual champion Sinner to stop him, the 7-6 6-4 scoreline showing the tightness of the contest.

Last week in Moscow he also wasn’t too far away against Khachanov, losing their last-16 match in three sets.

With Duckworth having landed in a quarter containing the out-of-form Bublik and Shapovalov, I think odds of 50/1 look worth chancing.

I’ll also try a punt on JOHN MILLMAN at 40s.

He also lost a tight one to Khachanov last week – 7-5 7-6 – with conditions in Moscow likely to be similar to those found here on the Baltic coast.

The Aussie has won plenty of matches of late and that quarter-final loss was one of several at that stage in recent weeks.

Millman also the last eight in Sofia and Nur-Sultan so he’s well bedded in on the indoor hardcourts.

Yes, he’ll need to claim a bigger scalp here with Karatsev due to be faced in round two but as already highlighted, the Russian will be making a quick turnaround after his Moscow final run.

Millman has beaten the likes of Reilly Opelka and Hubert Hurkacz this season, so he’s got that sort of result in him.

It’s a long shot, but again I’m not convinced 40/1 accurately represents his chances.