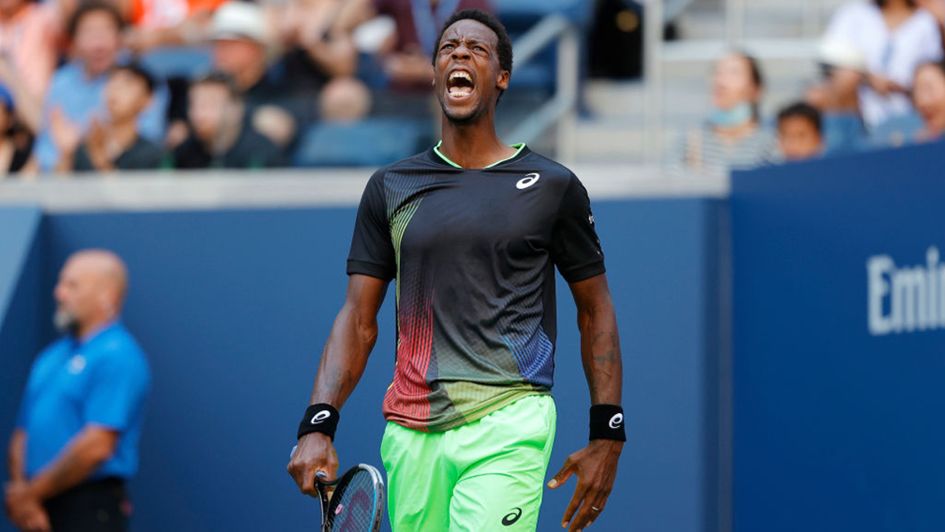 Andy Schooler’s last two men’s tennis previews have provided 35/1 and 17/4 winners. Check out his views on this week’s ATP action in Metz and Nur-Sultan.

Sorry if you’ve heard this before but it’s difficult to overstate – the French have a terrific record at their home tournaments.

Metz is probably the best example of that with 11 of the 17 editions having been won by a home player, while 14 of the 17 finals have featured at least one Frenchman.

Seven home hopes have made the main draw as of right this year and GAEL MONFILS is the one I like the most.

His results improved noticeably during the North American hardcourt season where it always took a good player to beat him.

Monfils made the quarter-finals in Toronto, the last 16 in Cincinnati and the last 32 at the US Open. He lost to John Isner, Andrey Rublev and Jannik Sinner respectively – none can be classed as a bad result.

Alex de Minaur and Frances Tiafoe were among those defeated.

I don’t think it’s any co-incidence that his results have taken an upward turn in the wake of his marriage to WTA star Elina Svitolina and now he’s back on home soil where he will doubtless be looking to put on a show.

Monfils is a former champion in Metz, albeit back in 2009, while he’s also made another final and two semis in five visits. Overall his win-loss record here is an impressive 15-4.

Seven of his 10 career titles have come on indoor hard, while he’s also made nine other finals with a roof over his head. Very few have that kind of record on their CV.

The draw also looks decent with Monfils appearing to be in the weaker half where he also had a first-round bye, meaning he only needs to win four matches to claim the trophy. 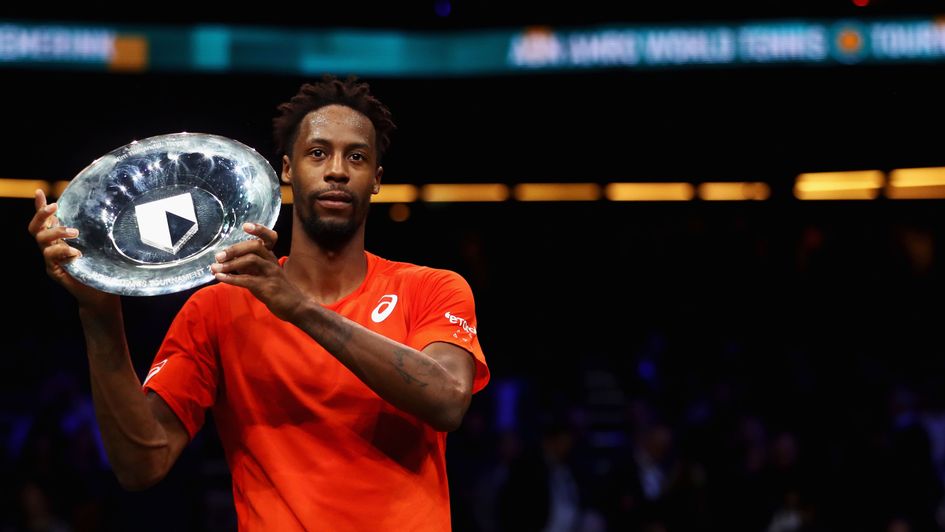 Pablo Carreno Busta is the man seeded to beat Monfils in the semis but the Spaniard’s only indoor final came back in 2016, while he comes here on the back of a shock first-round loss at the US Open.

Monfils won’t be fazed by the slick conditions – the Slamcourt surface is usually one of the faster ones on the ATP Tour – and so I’m happy to back him at 9/1.

Those quick conditions clearly have the ability to aid the big servers and I’m prepared to side with a couple of those on the other side of the draw where top seed Hubert Hurkacz resides.

He produced a disappointing display to lose to veteran Andreas Seppi at the US Open and I’m not sure moving indoors will help the Pole, whose tour finals have all come on outdoor hard.

His fellow seeds, Alex de Minaur and Ugo Humbert, have both shown their ability to win indoors in the past but both look too short right now given their form.

De Minaur has won one of his last six matches, while the same stat for Humbert is one of five.

Instead I’m going to turn to ARTHUR RINDERKNECH and VASEK POSPISIL.

It’s been a real breakthrough season for Rinderknech, who keeps winning matches on a regular basis.

Some of his best results have come indoors where the aces can flow.

On the main tour, Rinderknech qualified in Marseille before reaching the quarter-finals where he only lost 7-6 in the decider to Humbert.

At Challenger level, the 6ft 5in star was champion in Istanbul at the start of the season – his third win on indoor hard across 2020 and 2021 in the second tier of tennis.

He was also a semi-finalist in Rennes only last week, where he lost serve only three times in four matches, so should already be tuned into these conditions.

With De Minaur and the inconsistent Karen Khachanov the seeds in his quarter, Rinderknech looks worth a punt at 33/1.

Pospisil does not have the same sort of form but what he does have is a track record indoors where a lot of his best results have come.

The indoor conditions are perfect for his big first serve which he’s used to strong effect in the past.

It was during the autumn indoor season in 2019 that he really got into a groove, helping Canada reach the Davis Cup final.

His roll continued at the start of 2020, the Canadian making the final indoors in Montpellier, and he was really playing well when the COVID-enforced lockdown arrived.

Still, back indoors last autumn, he managed to reach the final in Sofia – making a decent profit for this column in the process – and so I’m expecting an uptick in form in the coming weeks.

Pospisil beat Fabio Fognini at the recent US Open, a result which should give him further confidence heading to Europe.

Admittedly the draw could have been better. After wild card Gregoire Barrere in round one, it’s Andy Murray or Humbert in round two but I’ve already pointed out Humbert’s recent issues, while it’s hard to know what you will get with Murray these days – after his US Open epic with Stefanos Tsitspias, Murray lost to Roman Safiullin at the Rennes Challenger last week.

Hurkacz is a possible quarter-final foe.

OK, it’s a long shot but I’m still prepared to take a gamble on Pospisil at 25/1.

ILYA IVASHKA was a 35/1 winner for this column last month and I’m happy to back him again at 250 level this week.

The Belarusian won for us in Winston-Salem prior to the US Open, producing an excellent week of tennis and dominating most of his matches.

He showed little sign of slowing down in New York, reaching the third round before being edged out by top-10 star Matteo Berrettini in five sets. 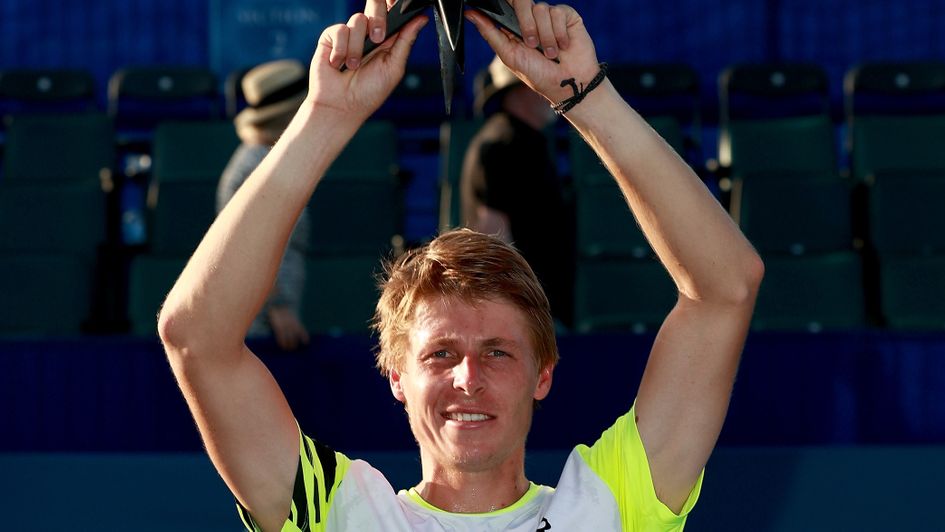 Ivashka doesn’t have much of a track record at tour level indoors, although that is largely down to the fact that he’d not played that many matches at the top table prior to this season – 38 matches this year (25 of which have been won) is easily his highest total in a calendar year.

When he has played indoors, there have been results, such as his Challenger Tour title in Ortisei towards the end of 2020.

The Greenset courts in Nur-Sultan didn’t play particularly fast when this event was held last season but Ivashka’s big serve and forehand combination has the ability to hit through a court like that so I don’t envisage the conditions stifling him.

In addition, Ivashka made the semis of Challenger held here back in 2016.

I see him going well again.

Aslan Karatsev is the top seed and due to be Ivashka’s opponent in the quarter-finals.

However, this is the Russian’s first indoor appearance of the season and his form has dipped since his flying start to the campaign. He looks too short at 6/1, especially given he’ll have to face either rising star Emil Ruusuvuori or Rennes Challenger winner Benjamin Bonzi in his opening match.

Filip Krajinovic and John Millman are the other seeds in this section but both can be opposed.

Krajinovic has won very few matches since making the clay final in Hamburg in July and while Millman is the defending champion here, his trip to North America was dogged by a foot injury.

Ivashka looks the right favourite and therefore gets the nod at 5/1.

The bottom half is made up of contrasting sections.

The third quarter looks weak with few signs of any indoor hardcourt pedigree.

There are a couple of qualifiers to be added and I’ll be keeping an eye on Matt Ebden to see if he fills one of them – the Aussie may be able to take advantage if he lands in this section.

However, in the here and now I have to turn to the fourth quarter where I considered Alexander Bublik and Egor Gerasimov.

Both have gone well indoors in the fairly recent past – Bublik was runner-up in Singapore earlier this year, while Gerasimov caught the eye around this time last year with some good results in Europe. He’s also a former champion of the Nur-Sultan Challenger.

However, I’m going to chance another player who has a good record with a roof over his head, namely RICARDAS BERANKIS.

He’s thrived in the past in slowish indoor conditions, making the final in Moscow in 2017, an event at which he’s also made two other quarter-finals. The Lithuanian has also twice been to the last eight in St Petersburg.

Victory over Stefanos Tsitsipas in Metz is another indoor eyecatcher, while the fact he leads his potential second-round foe Gerasimov 2-0 on their head-to-head is a further good sign.

Berankis’ form is hardly sparkling but there have been a few decent wins during the North American hardcourt season – he returned from that trip having won five of his 10 matches at all levels.

He’ll be happy to be back indoors, particularly given injury forced him to miss the indoor events this spring and last autumn.

He’s certainly not without a chance here and a small bet at 28/1 is advised.