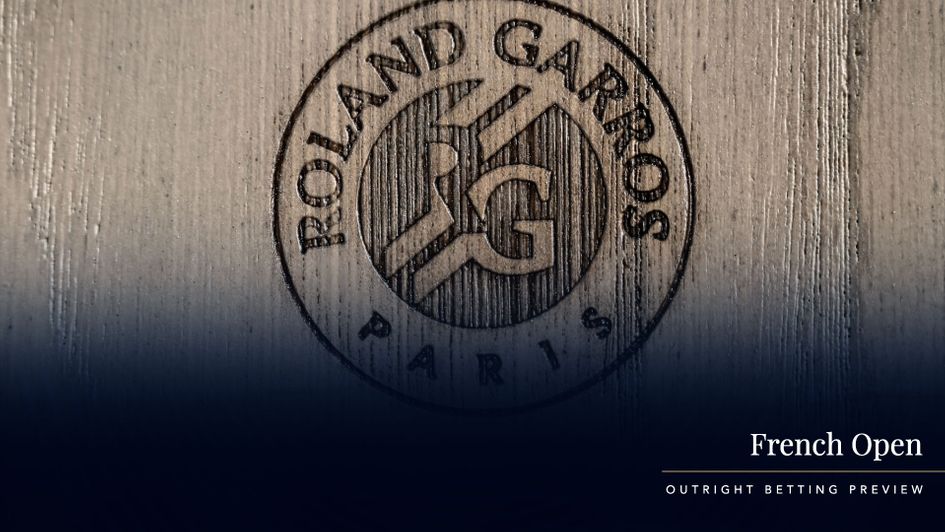 After calling the 11/1 winner of the US Open, Andy Schooler is back to preview the French Open men’s singles, which gets under way on Sunday.

Click the link to go to the named bookmaker

When Grand Slam tennis returned last month with the US Open taking place in New York, many suggested the event’s weakened field would leave the winner with an asterisk next to their name.

Well, if you’re putting one there (frankly you’d be daft to, but bear with me) then surely another will need adding alongside the 2020 French Open champion in the roll of honour.

Not because of the absence of key players – unlike in New York, nearly everyone has entered Roland Garros – but because much will be different about this year’s renewal.

Most obvious – and significant – is the date change.

This tournament was supposed to be held in its usual May/June slot in the calendar. Instead it will overlap September and October, with the majority of it taking place in the 10th month of the year.

For a start it will be cooler, likely wetter too, although there’s now a roof on the main Philippe Chatrier Court. The forecast for Sunday’s opening day is for the temperature to reach only 14C, while the long-term prediction by the meteorological boffins is that the mercury may only get as high as 18C during the entire tournament.

Matches scheduled for late in the day may well finish under the floodlights, newly installed on 12 courts, and in heavier conditions with the balls picking up the increased moisture associated with the evening.

As if there wasn’t enough change, tournament officials have thrown a new ball into the mix this year with the old Babolat ball being replaced by a Wilson one.

The word from practice sessions is that the new ball is slower than its predecessor, harder to generate power from.

This further increases the likelihood that the conditions found at Roland Garros 2020 will be slower and heavier than usual.

That could be bad news for perennial champion Rafael Nadal.

While it would be daft to suggest he can’t win under such circumstances, it will be more difficult for the Spaniard, who has won this title a remarkable 12 times. 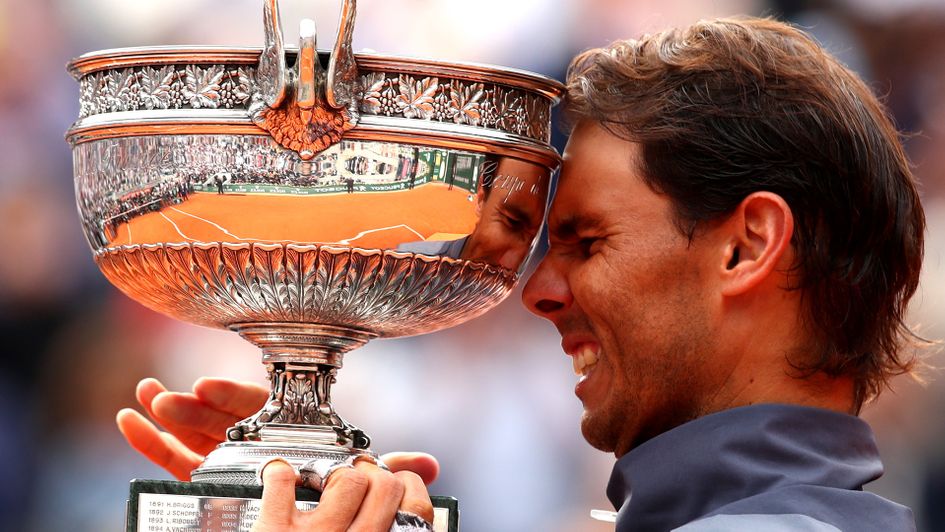 A major weapon in his 93 match victories out of 95 here has been his heavily-spun forehand, delivered with more top spin than virtually any player before or since.

That spin helps the ball bite the clay and kick up high, often to shoulder height. At least, it does in hot dry conditions.

It’s much less likely when it’s relatively cool and the ball is picking up moisture.

We saw that in Rome last week when Nadal was beaten in the quarter-finals by Diego Schwartzman.

Another famous example came here in the 2012 final against Novak Djokovic – the Serb was giving him all sorts of problems on the Sunday evening as light rain fell.

However, play was eventually suspended and when the match resumed the following day under clear skies, Nadal regained control and pushed on to win.

Nadal has been handed a good draw in the early rounds. Perhaps Fabio Fognini could trouble him at the last-16 stage (he has done when at his best in the past) but the big name in the reigning champion’s path is Dominic Thiem.

The newly-crowned US Open champion loves the clay and has made the last two finals here, losing to Nadal on both occasions.

Where the Austrian would land was the big talking point ahead of Thursday’s draw and the answer was in with Nadal and away from NOVAK DJOKOVIC.

He definitely has the potential to make life difficult for Nadal if they meet in the last four – but that’s a fairly big if.

It’s not known how Thiem will react to his major breakthrough in New York when he fought back from two sets down in a nervy final with Alex Zverev.

Neither is it really known how big an issue a sore Achilles was in that a match. If it’s a problem which hasn’t completely cleared up, this doesn’t look a good tournament to be bringing it into – the eventual champion will spend a lot of time on court, I’d wager.

Thiem also has a nightmare draw. 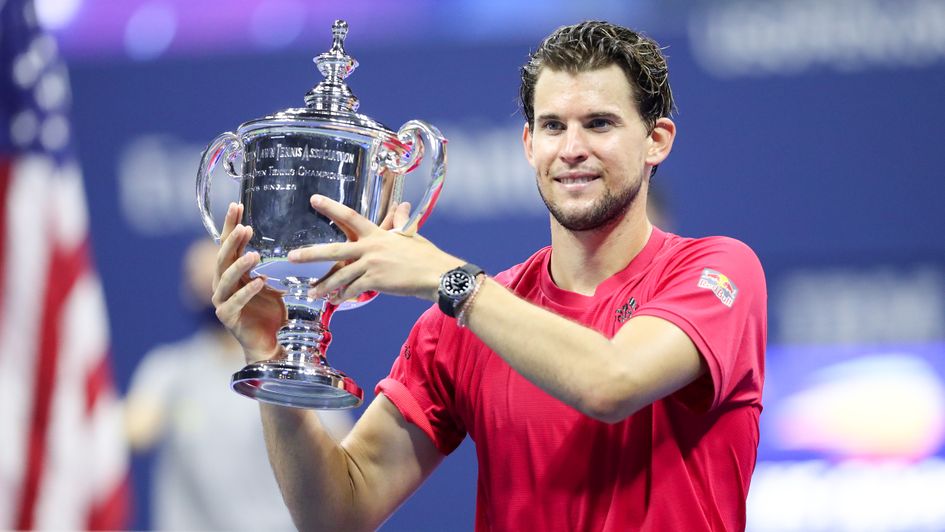 Dominic Thiem celebrates winning the US Open in New York

He’ll meet Marin Cilic first up, a player who took a set off him in New York, before potentially facing the massive serve of Reilly Opelka.

Casper Ruud, enjoying a massive season on clay, could follow in round three with Stan Wawrinka, the 2015 champ here, his seeded foe in the last 16.

The in-form Schwartzman and Nadal could also have to be beaten just to make the final where Djokovic may await.

Like any potential path, it’s full of ifs and maybes but one fact is certainly worth noting – no player has ever beaten Nadal and Djokovic in the same clay court tournament.

The last player to beat them back-to-back at the same tournament on any surface was Roger Federer at the 2010 ATP Finals. And those matches were contested in the best-of-three-sets format.

That might seem a rather gloomy way to look at a player who has just won his first Grand Slam title and, on the plus side, Thiem has the power to hit through slow courts – a factor which could well work in his favour.

However, for me, there are too many question marks surrounding Thiem to back him at 4/1.

No mishaps for Djokovic this time

That brings us on to the other member of this event’s ‘Big Three’, Djokovic.

Having avoided Thiem, he was the big winner in the draw – 3/1 about his title chance was chopped into 9/4. That’s a fair enough move.

The Serb is a winning machine who will take some stopping over the next fortnight.

In completed matches, Djokovic remains unbeaten in 2020, his only loss being his now-famous default at the US Open when he smacked a ball in anger and accidentally hit a line judge.

He responded in the best possible fashion, winning the Rome Masters.

Djokovic was not at his dominant best in doing so – understandable given the quick turnaround between the hard courts and the clay – but his ability to dig in and find his best tennis at the right moments was once again on full display. 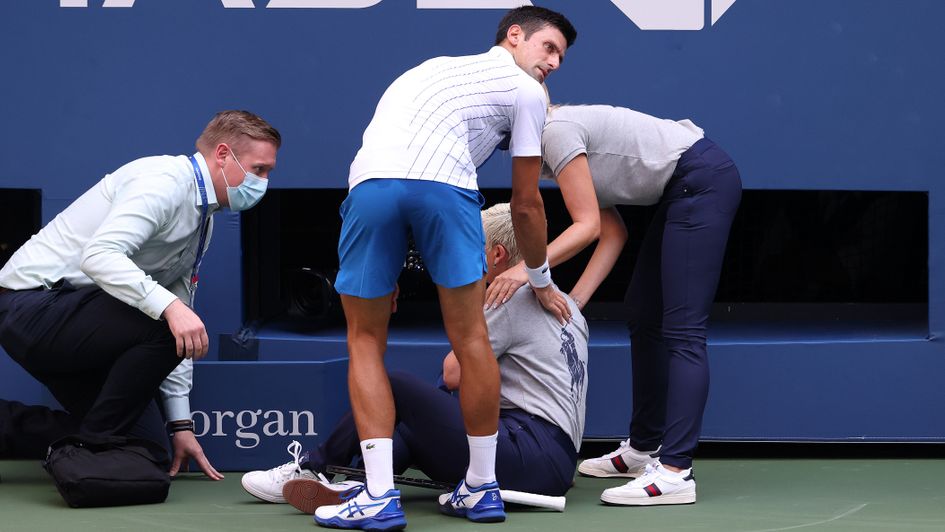 Defensively one of the best players of all time, he’ll be prepared to play all day in slow conditions if he has to.

Looking through the top half of the draw, you struggle to find players you think could beat him.

Perhaps Cristian Garin might drag him into a long grind or Matteo Berrettini punch holes in that defence with his devastating power. However, both remain long shots.

Neither am I convinced by the likes of Stefanos Tsitsipas and Daniil Medvedev – more on them shortly.

Importantly, Djokovic won’t be cowed by Nadal should they meet in the final.

‘Nole’ has dominated Nadal in their hard court matches in recent years and is one of the two players to have beaten him at Roland Garros (in the 2015 quarter-finals). A stat which will surprise some is that their last 10 matches on clay have been equally shared, 5-5.

At 9/4, Djokovic is more than twice the price of Nadal and looks the value from the three main contenders.

It’s 33/1 bar that leading trio but I do feel the different conditions have the potential to throw up a surprise package.

A grinder prepared to string out the rallies and stay on court as long as it takes might just be able to prevail and a player who fits the bill is DIEGO SCHWARTZMAN.

His win over Nadal in Rome was a breakthrough result – his first against a top-five player – but he has caused the best problems before, notably here in Paris.

In 2018, Schwartzman made the last eight here and took the first set off Nadal before losing in four.

The year before he had led Djokovic by two sets to one, only to lose in five.

The pint-sized Argentine will lose his serve plenty but one of the tour’s best returners chisels out plenty of break points against most players.

He’s in the same, tricky quarter as Thiem but that doesn’t quite tell the whole story.

Schwartzman is kept away from Thiem, Ruud, Wawrinka and Felix Auger-Aliassime until the quarter-finals. Instead his eighth of the draw has Gael Monfils, Borna Coric and Taylor Fritz as its other seeds. 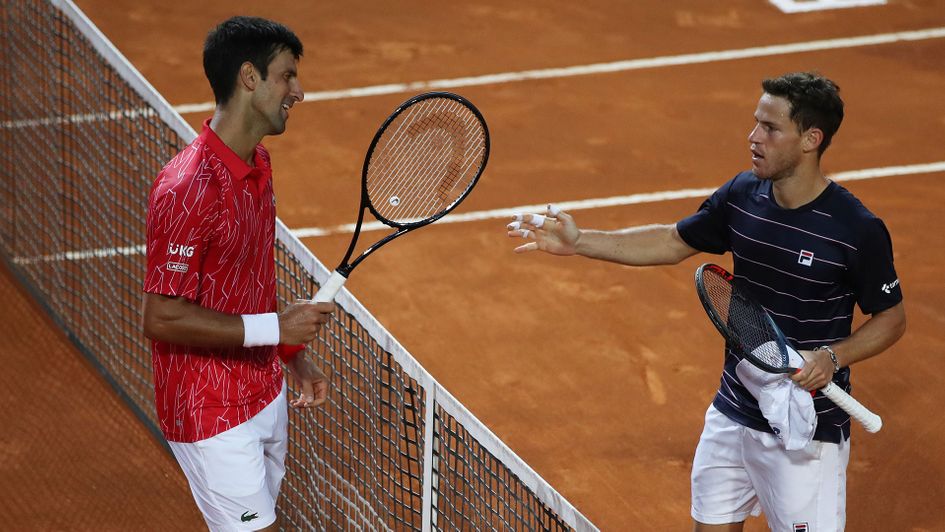 Diego Schwartzman, right, was defeated by Novak Djokovic in Italy

He’s a best price of 75/1 and I can’t resist a small each-way interest – even the more widely-available 50/1 looks okay.

To round things off, it’s worth taking a punt on the winner of quarter two – the one without any of the three main title contenders.

Stefanos Tsitsipas is the 16/5 favourite but he’s not been at his best of late.

He has looked a little better in Hamburg in recent days but the fact he’s there as I write this and not in Paris has to be something of a worry.

Pablo Cuevas gave him a real test at the German event on Thursday and the pair could meet again here in round two.

Cuevas, whose form appears to be returning, is an interesting 66/1 shot to win the quarter but he’s now 34 so may struggle to back up after a long match. His record here is also pretty poor for such a good clay courter.

I’m also happy to take on Medvedev, who isn’t at home on the clay. He lost his only warm-up match on the surface in Hamburg and I wouldn’t be massively surprised to see him go out here in round one to Marton Fucsovics.

His fellow Russian Andrey Rublev holds better claims at 6/1 following a good US Open and getting some clay wins under his belt in Hamburg.

However, he could meet DUSAN LAJOVIC in round three, a player who is regaining his form and one who has caused Rublev problems on this surface in the past.

Lajovic has beaten Rublev in straight sets in both previous meetings (both on clay) and having defeated both Milos Raonic and Karen Khachanov on the red dirt in the past couple of weeks, the Serb looks to have put some difficulties behind him.

Another prepared to stay out there as long as it takes, he’s up at 25/1 to win the quarter which looks worth a small investment.