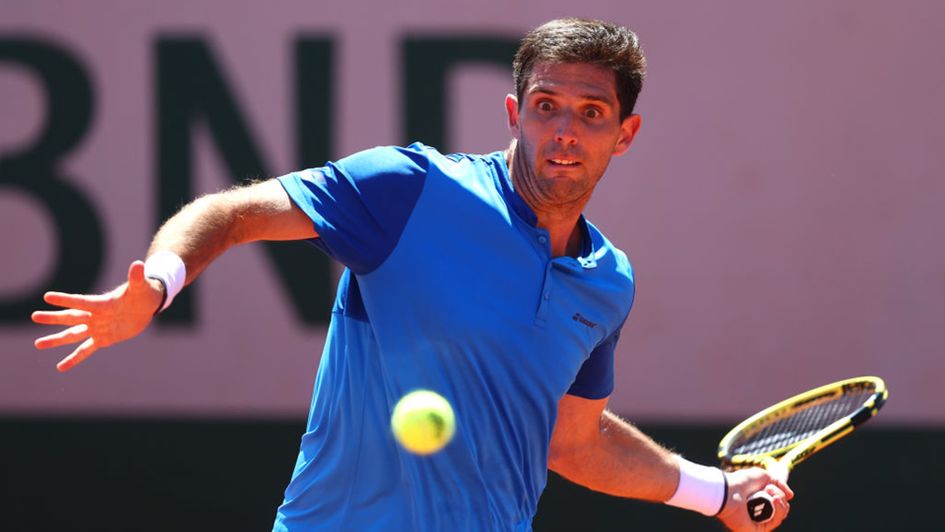 Federico Delbonis is tipped for success by Andy Schooler

Wimbledon is over but tennis stops for no man – Andy Schooler reveals his best bets for this week’s ATP events in Hamburg, Bastad and Newport.

The tennis season is about to enter a strange period. With Wimbledon over, players are very much split about what is their new priority.

Many, including Novak Djokovic and Roger Federer, are targeting Olympic glory in Tokyo – a hardcourt event which begins in less than a fortnight.

Some, such as Rafael Nadal, are snubbing that medal chase and instead turning their attention to the North American hardcourt season which will conclude with the US Open which begins at the end of August.

But for many others, particularly the clay specialists, the next few weeks provide a last chance to claim much-cherished ranking points – and potentially titles.

Hamburg kicks off a three-week swing across the European clay with its field led by Stefanos Tsitsipas.

Following a first-round exit at Wimbledon, the Greek clearly wants some matches under his belt prior to the Olympics.

But preparing for Tokyo’s hardcourts on the clay having just stepped off the grass seems a rather odd move – the reason for it is there are no hardcourt tournaments this week.

Tsitsipas looks very short to me – there are quotes as low as 4/7 – and that’s before I bring up his poor post-Grand Slams record again.

That record now shows that following a Grand Slam, he’s lost in his first or second match of his following tour-level tournament on nine of 13 occasions since the start of 2018. I’ll happily take him on.

Nikoloz Basilashvili has potential in the top half given his Hamburg record.

He won here in both 2018 and 2019 and has proved a player tough to beat on his good weeks this season.

The Georgian stormed to the titles in both Doha and Munich earlier in the year, although he’s also suffered plenty of early exits across the campaign. 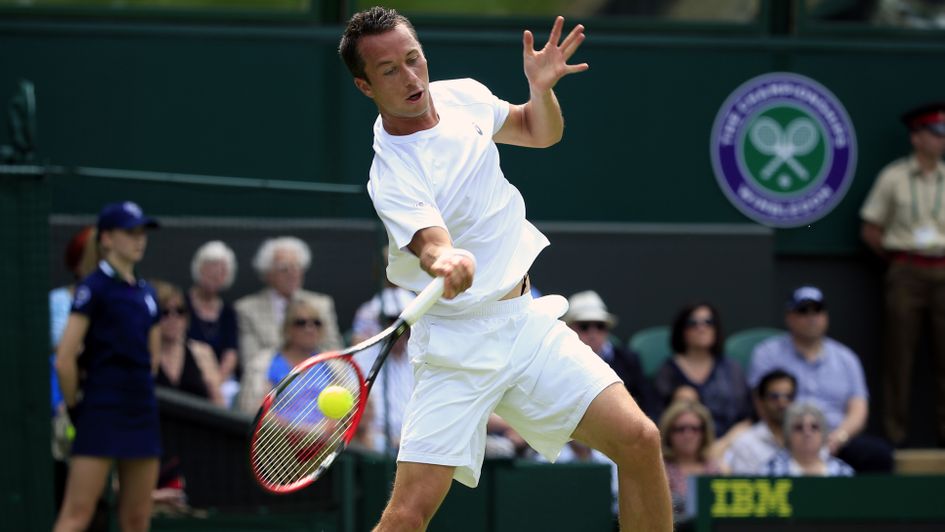 Philipp Kohlschreiber in action at Wimbledon

With he added bonus of a first-round bye, Basilashvili will doubtless have his backers but I’m going to take a chance on long shot PHILIPP KOHLSCHREIBER in this section of the draw.

The German veteran has delivered many of his best performances in his homeland over the years – five of his eight ATP titles have come on home soil, as well as six of his 10 other final appearances.

At this event, he’s a two-time semi-finalist.

But it’s not simply history which attracts me to his 66/1 price.

Kohlschreiber has caught the eye in recent weeks, beating both Fernando Verdasco and Aslan Karatsev at Roland Garros en route to the third round.

He’s since backed that up on the grass, reaching the quarter-finals in Halle, while a five-set, first-round defeat to Denis Shapovalov was given some positive context when the Canadian went on to make the semis.

Essentially confidence is up and with Kohlschreiber back in Germany, I certainly feel he can out-perform his odds.

The former two have both won claycourt titles on the European clay this season but I’m going to side with Delbonis, who has also shown some impressive form on the red dirt.

The Argentine made the quarter-finals of the Rome Masters (David Goffin, Karen Khachanov and Felix Auger-Aliassime all beaten) before continuing his solid form with a semi-final run in Belgrade.

At the French Open, he beat Fabio Fognini en route to the last 16 and even on the grass, Delbonis still took a set of Andrey Rublev at Wimbledon.

Delbonis was the runner-up in Hamburg back in 2013 but he’s been to the semis as recently as 2017.

What is particularly encouraging is his record against his two Spanish rivals in the bottom half.

Delbonis leads both men 5-2 and so I’m prepared to back him at 12/1 which is offered by Unibet and unlike many firms they are going half the odds for a place in the final this week (others are offering just a third with Tsitsipas the hot favourite).

Just two top-30 players head to Bastad this year and it would be easy to pick Casper Ruud and Cristian Garin to both make the final.

The pair look the class of the field on this surface and with neither heading to the Olympics, you’d expect both to be focused on winning this title.

The problem is they arrive off the grass and while both are naturals on clay, it can take time to adjust.

Both face potentially tricky openers too.

Top seed Ruud may open against rising star Holger Rune, who has already shown he’s got the ability to compete at this level. Lorenzo Musetti is also in Ruud’s quarter.

In the opposite half, Garin’s path to the final looks easier but he may face Pedro Martinez first up which would be no gimme.

He’s also 2-0 up in his previous battles with Ruud so at almost twice the price, could be the bet of the two.

However, I’ll instead try a couple of long shots, starting with FACUNDO BAGNIS.

The Argentine was a runner-up in Santiago earlier this season on the ATP Tour and recently has been churning out plenty of wins on the Challenger Tour.

He was a runner-up in Oeiras and a semi-finalist in Lyon.

But most importantly, he’s been back on the clay over the past week, emerging as champion in Salzburg where the only set he lost was in the final.

That should mean he’s not too tired for this challenge and given he’s in a pretty weak-looking second quarter – the unreliable Fabio Fognini is the man seeded to make the last four – I’ll back him at 33/1.

The third quarter looks even weaker – it’s led by John Millman, who is hardly renowned for his claycourt nous.

There’s no arguing against the fact that the Italian has struggled for wins in 2021 but we know from the past that he can compete on this surface.

Backing him here is no doubt a risky play but the reason I’m prepared to do so is that confidence will have risen after he stepped down to the Challenger Tour last week and duly made the semi-finals in Perugia.

That will definitely lift him ahead of his trip to Sweden where a soft draw looks ideal.

Opening foe Jiri Vesely is another who has failed to put much together this season, while Yannick Hanffman and Thiago Monteiro, Caruso’s potential second-round opponents, are hardly world beaters.

Caruso is another who has the potential to out-perform his odds of 66/1.

The grasscourt season wraps up across the Atlantic in Rhode Island this week where the field is led by world number 38 ALEXANDER BUBLIK.

He’s actually the only member of the world’s top 50 at what looks one of the weakest-looking ATP events of the season. Kevin Anderson is seeded despite being ranked outside the top 100, although his name is also a nod to the dangers in this draw. 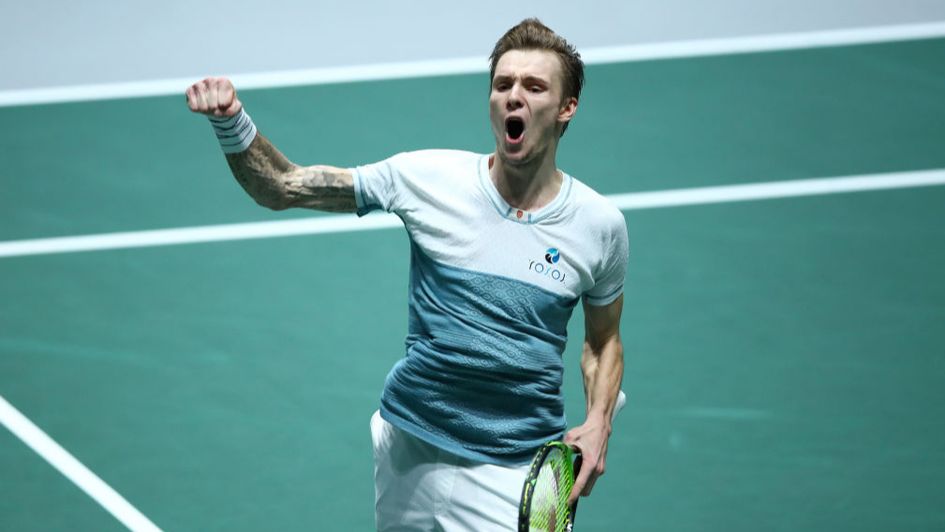 Alexander Bublik is a player Andy Schooler is backing this week

While some player rankings are far from impressive, there are still enough decent grasscourt players to make this intriguing.

Many firms have Sam Querrey as favourite.

He was a finalist in Mallorca last month, delivering follows of this column a decent profit, but he flopped at Wimbledon and could have an awkward test ahead here with Jordan Thompson his scheduled quarter-final opponent.

I did consider Denis Kudla in the bottom half of the draw.

He’s enjoyed the grasscourt season, reaching the final of a Challenger event in Nottingham, where he beat Dan Evans, and then progressing to the third round of Wimbledon as a qualifier.

However, he’s a best price of 16/1 which doesn’t look that generous given he’s got fellow American Steve Johnson (a former champion here) first up, while Canada’s Vasek Pospisil is also in his quarter of the draw.

Peter Gojowczyk is perhaps one who could go well at a big price (25/1). He likes to come forward and has enjoyed some success on this surface as a result.

However, I keep getting drawn towards BUBLIK in the top half at 5/1.

A big first serve has taken the Kazakh to the top of the ace charts for the 2021 campaign. He was unbroken through two rounds at Wimbledon, beating Mikhail Kukushkin and Grigor Dimitrov and serving 60 aces in the process.

In a field of this quality – and his half looks the weaker of the two - Bublik has the ability to see off all-comers, although he’s never been one to trust implicitly.