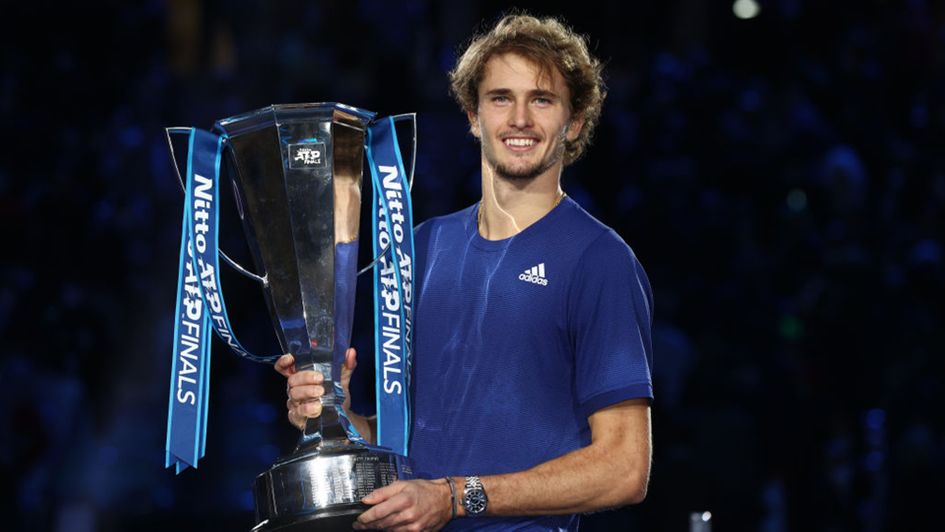 Alexander Zverev turned the tables on defending champion Daniil Medvedev to win a second title at the Nitto ATP Finals in Turin.

Medvedev had won his last five matches against Zverev, including in the group stages earlier this week, but the German followed up his semi-final upset of Novak Djokovic on Saturday evening by claiming a 6-4 6-4 victory.

It was a near flawless display by the third seed, particularly on serve, with Medvedev not able to apply any real pressure during the contest.

It is a second title at the tournament in four years for 24-year-old Zverev, who also lifted the trophy at London’s O2 arena in 2018.

The German, who won Olympic gold in the summer, said in his on-court interview: “It was great. I won the World Tour Finals in the final against a player I lost five times to in a row so I had to play one of my best matches. I’m happy about that, happy to be going on holidays with this win.

“There’s no better way to end the season than winning here. I’m obviously incredibly happy but I’m also very much looking forward to next year already.”

Meanwhile, Joe Salisbury and Rajeev Ram were beaten by Pierre-Hugues Herbert and Nicolas Mahut in the doubles final.

Salisbury was the first British player to reach the doubles showpiece in the event’s history and he was looking to emulate Andy Murray, who won the singles title in 2016.

He and American Ram, who have had another superb season, had narrowly beaten Herbert and Mahut in the group stages but the French duo were the better pair on the day and deserved their 6-4 7-6 (0) victory.

It is a second title in three years at the season-ending event for Herbert and Mahut, who also lifted the trophy in London in 2019.

An early break in the first set put Salisbury and Ram on the back foot and, although they held serve throughout the second, they were under significantly more pressure and that told in the tie-break.

“It’s obviously disappointing,” said Salisbury. “It was a bit of a combination of them playing very well, I thought they served very well especially, and we didn’t quite find it today, didn’t play our best.”

Salisbury now heads to Innsbruck, where he will make his Davis Cup debut for Great Britain.

He is set to partner Neal Skupski, and their first match is expected to be against Herbert and Mahut in what could be a crucial rubber in Britain’s opening clash with France next Saturday.

Salisbury said: “Obviously we’ll be expecting a very tough match. I’m confident I can definitely play better than I did today. We know whatever our team is for Davis Cup for the doubles, assuming it’s against those guys, we’re going to have to play very well to get the win. But I’m confident we can do that.”