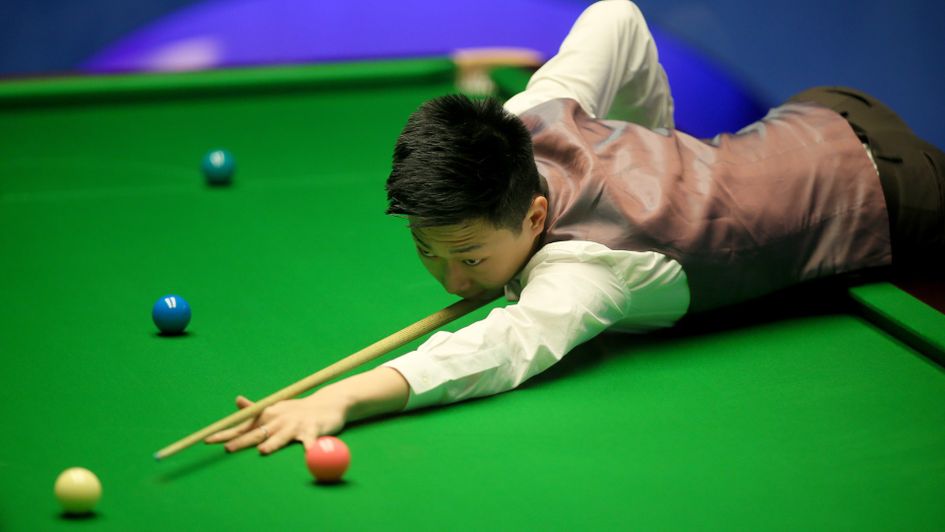 Richard Mann previews the second-round action from the World Snooker Championship and fancies Lyu Haotian to give Barry Hawkins a stern examination at the Crucible Theatre.

The second round of the World Snooker Championship begins at the Crucible Theatre on Thursday and Lyu Haotian could push Barry Hawkins close in their encounter.

Hawkins, a finalist here in 2013, has been one of the most consistent performers at the World Championship in recent years but will have been disappointed with his level of performance in his first-round defeat of Stuart Carrington.

Hawkins usually has his game primed for this tournament but his match with Carrington was a gruelling affair, littered with errors from both players, and the fact Hawkins’ highest break was 82 tells you that he wasn’t at his best.

He eventually prevailed 10-7 but Carrington could have easily has levelled at 7-7 had he not found himself cruelly snookered on the green having potted a seemingly frame-winning yellow from distance.

Hawkins closed out the match well thereafter and might well find another level going forward, but will know he does need to raise his game if he is to justify quotes of 2/7 to see off the exciting Haotian.

What a debut at the Crucible for Lyu Haotian!

The 20-year-old Chinese potter has impressed many a judge on the tour this year and while his career is still very much in its infancy, a run to the semi-finals of this season’s Northern Ireland Open gave warning that he is here to stay.

Haotian also made the last 16 of the UK Championship this term and the way he handled himself in his opening match here at the weekend suggests he won’t be phased by playing one of the biggest matches of his career to date.

Despite missing a chunk of the season with an eye injury, Marco Fu represented a stern first-round test for Haotian but he produced some splendid snooker to win 10-5, breaks of 122, 127, 87, and 79 showcasing his obvious break-building prowess.

Haotian will have also pleased that he was able to match Fu, a fine tactical player, in the safety department and he is expected to prove a thoroughly stern test for Hawkins.

Having prevailed in close encounters in his first two qualifying matches, he can clearly handle himself well under pressure and looks worth siding with to cover the handicap (+3.5) at 10/11.