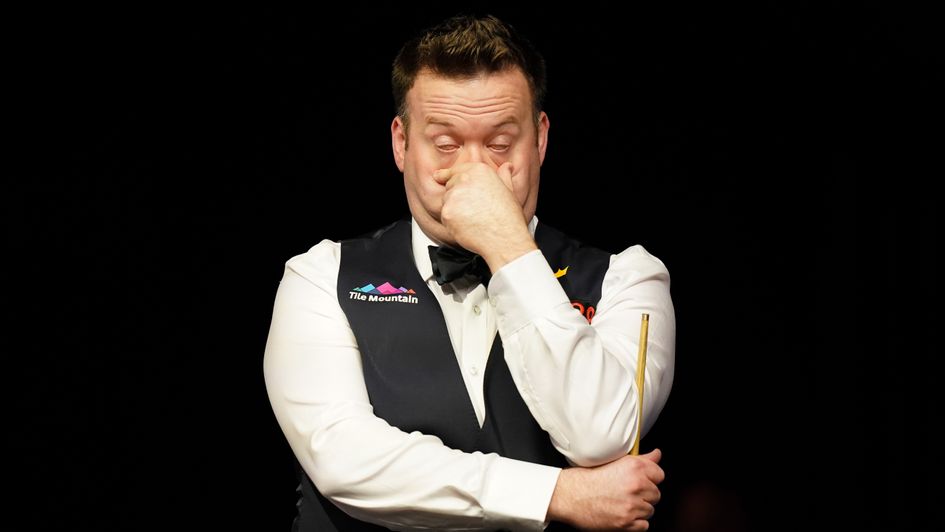 Shaun Murphy endured a night to forget in York

UK Championship review and results: Shaun Murphy knocked out but Kyren Wilson breezes into second round

Former champion Shaun Murphy crashed out of the first round of the UK Championship with a 6-5 defeat to Chinese amateur Si Jiahui in York – read Tuesday's review here.

Shaun Murphy crashed out of the first round of the UK Championship with a 6-5 defeat to Chinese amateur Si Jiahui.

Murphy – winner of the tournament in 2008 and runner-up at the World Championship earlier this year – fought back to force a decider against the 19-year-old, who fell off the main tour at the end of last season, but then spurned an opportunity to finally put the match to bed.

Si had earlier missed a golden chance himself to wrap up what would have been a comfortable 6-1 win after clawing back three snookers required only to then miss the blue with victory seemingly in sight.

Murphy, world champion in 2005, continued his momentum to mount a fine recovery with breaks of 60, 87 and 85 to fight back and level the match at 5-5.

The deciding frame saw a re-rack before Si produced a half-century break only to allow Murphy back to the table, who showed his experience to build a run of 44 and put pressure back on the Chinese teenager.

Si then left the final two reds open, and Murphy sank a long pot – only to then inexplicably miss the blue which handed the teenager an unexpected opportunity to finally wrap up a memorable victory just before midnight.

Kyren Wilson made short work of Soheil Vahedi as he breezed into the second round with a 6-2 victory.

The former Masters and World Championship runner-up took command of the match when building a 3-1 lead with breaks of 71 and 56, and though Vahedi threatened to make a contest of it when taking the fifth frame with a run of 51, it was one-way traffic thereafter.

Wilson reeled off a brilliant century (110) in the very next frame and took the next two with the minimum of fuss, crossing the winning line with a break of 86.

He will be joined in the second round by Anthony McGill who whitewashed Iulian Boiko 6-0 in a match that was closer than the scoreline would reflect, the Ukrainian rookie coming off second best in a number of tight frames that could well have gone the other way.

There were also comfortable wins for Zhou Yuelong, who brushed past Chen Zifan 6-1, and 2015 semi-finalist David Grace who finished with a century as he beat Peter Devlin 6-2.

John Higgins bounced back from his defeat in the final of the Champion of Champions on Sunday, knocking in a top break of 134 as he hammered Michael Georgiou 6-1.