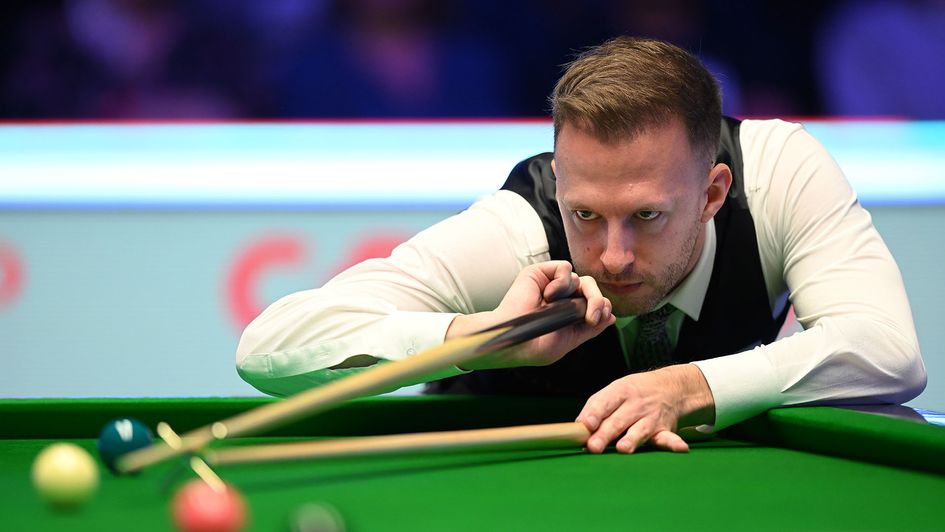 Masters hero Judd Trump maintained his strong form with a brilliant 4-0 whitewash of Luca Brecel at the World Grand Prix.

Trump has suffered no hangover from his Masters exploits last week, and he backed up his 4-2 win over Hossein Vafaei in round one with an even more impressive performance on Thursday afternoon.

Trump, who won this event in 2020, reeled off four breaks of over 50 and once he had claimed a hard-fought second frame, it was one-traffic thereafter as he set up a last-eight meeting with Xiao Guodong.

Despite watching Trump build a sizeable lead in frame two thanks to a run of 62, Brecel had an excellent chance to draw level, only to miss a simple green off its spot with the remaining colours at his mercy.

Further breaks of 72 and 79 helped Trump finish the job, and he remains firmly on course to claim his second major title in as many weeks.

He told ITV Sport afterwards: "He had a chance in the second frame, he potted a good ball to get in and I fully expected him to clear up from there to go 1-1.

"I knew how big a frame that would be – it was important for me to close it out, and I played pretty good in the last two frames as well.

"I still get a bit disappointed when I'm not clearing the table, but the hard work was done, the frame-winning breaks were done. It would have been nice to finish it off in style but another good performance."

Guodong booked his place in the quarter-finals courtesy of a 4-1 win over Ryan Day.

The Chinese didn't have to be at his best to lead 3-0 and closed out the match with a break of 62.

Sam Craigie had no answers for Anthony McGill who was in supreme form as he ran out a 4-0 winner.

Craigie knocked in two centuries in round one but he was a passenger on this occasion, McGill kicking off with breaks of 78 and 55 to surge into a 2-0 lead.

2-0 soon became 3-0 as the Scot added a century in frame three, before closing out the match with a break of 76.

Shaun Murphy was too strong for Kyren Wilson, winning 4-2.

Neither player was at their best, but Murphy always had his nose in front and finished the match with a brilliant century that appeared long odds-against when he arrived at a tricky table.

Up until that point, the highest break of the match was Murphy's 79 in frame one, but he had matters in control when leading 2-0 and 3-1, and despite a brief rally from Wilson in the fifth frame, Murphy eased into the quarter-finals.