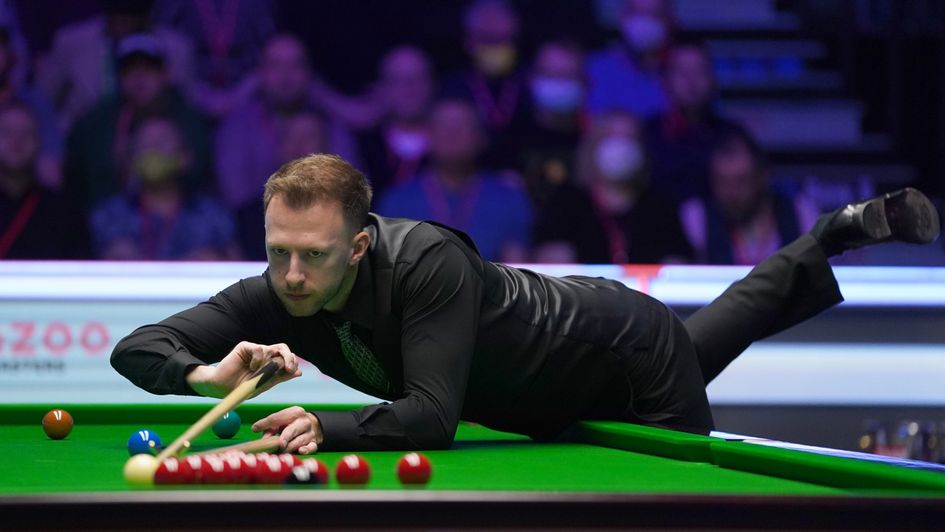 Judd Trump was too strong for Kyren Wilson

Judd Trump fired some Masters warning shots with a comprehensive 6-1 victory over Kyren Wilson in the quarter-finals at Alexandra Palace.

Trump was forced to miss last year's event owing to a positive Covid-19 test, but he looks determined to make up for lost time 12 months on and was in ruthless form on Friday afternoon.

Wilson was left to rue a couple of missed opportunities that changed the course of the match, most notably in frame four when looking sure to draw level, before allowing Trump back to the table and then watching the 2019 champion clear with a fine run of 50.

It was more of the same in the following frame as Wilson once again built a healthy advantage, this time a lead of 45 points, only for Trump to step in with a brilliant clearance of 76 to pull further clear at 4-1.

From that point, Wilson's race was run and Trump added a break of 67 – his fifth contribution of over fifty – in the sixth frame to close in on victory, completing the job soon after as he sailed into the semi-finals.

Trump told the BBC afterwards: "It's special playing here. Missing out last year – it was devastating, so just to come back this year and win a couple of games, it's just so much pent up aggression inside me. I'm just loving every minute out there.

"Crowds like that – it's inspiring and you want to go out there and play your best.

"The couple of clearances I made were really crucial, because it looked like it was going 2-2 at that point and Kyren was starting to play well. I was able to edge the next couple of frames and get the momentum.

"I didn't feel amazing, I didn't feel like my touch was particularly great, it was just a couple of good clearances. I felt a lot better than the first round and whenever you get a win like that over Kyren – you know you're going to be playing some really good stuff.

"I think I probably played quite decent, but there's obviously still a couple more levels in there."

Trump will face Barry Hawkins in the last four on Saturday night after the 2016 runner-up registered one of his biggest wins in some time when cruising past world champion Mark Selby 6-1.

Selby was always on the back foot once trailing 3-1 and Hawkins continued to chip away thereafter, winning frame four with his highest break of the night, a run of 65, and then closing out the match by dominating the next two frames.