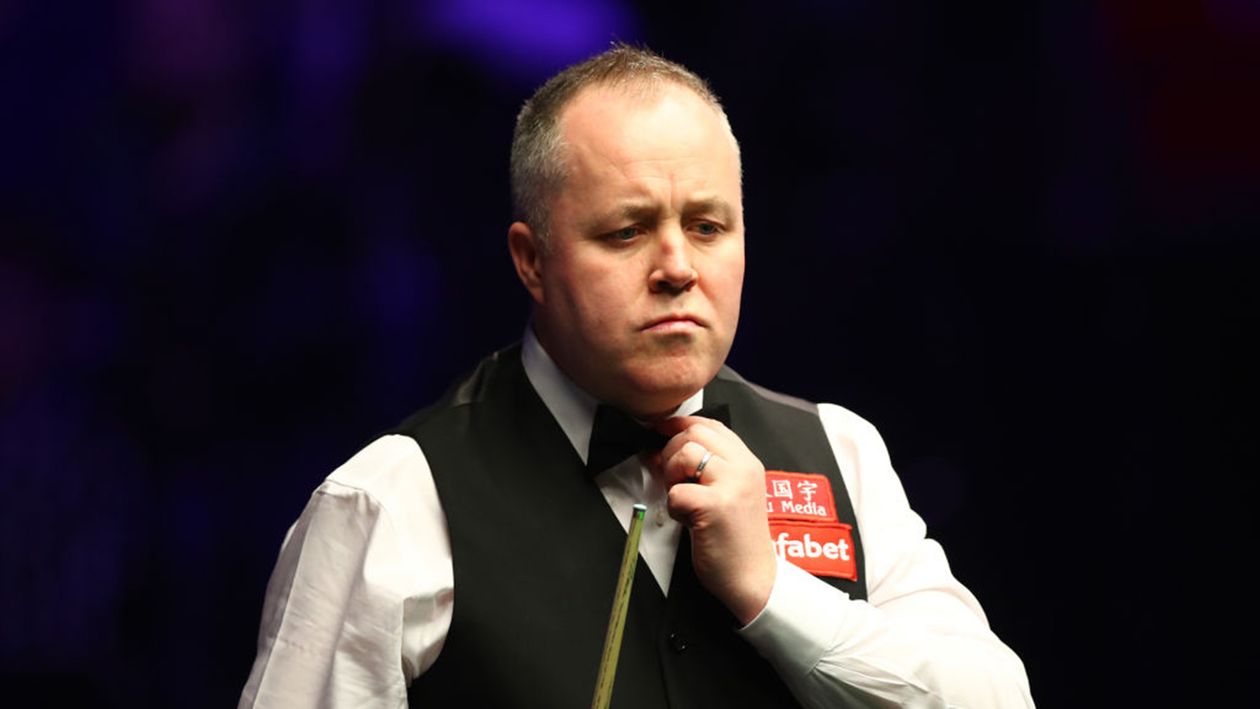 Some of the snooker witnessed in Milton Keynes this week has been nothing short of spectacular, and a good chunk of it has been played by John Higgins.

The veteran rattled off three centuries in the opening three frames of his 6-0 demolition of Jordan Brown on Wednesday, before he confined Mark Selby to long periods in his chair and only seven points when they met in the last eight on Friday.

Higgins hinted at this resurgence when reaching the semi-finals of the English Open late last year, but he has taken giant steps forwards since Christmas, reaching the final of the Masters and then playing supremely well so far this week.

Key to his improvement has been a concerted effort to set himself up better on his approach to the table before taking a much closer position to the cue ball when down on the shot.

👏 That's John Higgins' week so far at the Players Championship.

😲 Vintage Higgins in his 6-0 whitewash of Mark Selby today.pic.twitter.com/hJ5ZgvQT2p

Whether part of it is psychological, who knows, but what is clear is that Higgins’ long potting is up there with the very best in the business at present, while he is scoring much heavier, and more often in one visit, than he has since he was at the top of the game in the early 2000s.

When you mix that with a brilliant safety game, it’s an intimidating combination that suggests it shouldn’t be long before he returns to the winners’ enclosure for the first time since the Welsh Open in 2018.

Higgins is 17/20 to beat his semi-final opponent, Kyren Wilson, on Saturday but the Kettering man is entitled to fancy his own chances having continued a solid campaign thus far with comfortable victories over Ryan Day and Neil Robertson in recent days.

Wilson struck two centuries in his 6-2 win over Robertson, while also missing a simple pink on 95 when appearing certain to make a third, to confirm his game is in good working order and that the improvements he has made to his cue-ball control are really beginning to bear fruit.

Having the reached the World Championship final last summer, I’m not the only one who will believe that Wilson is a world champion in waiting, but he’s not quite the finished article and, in Higgins, he meets one of the very best, currently playing, in his own words, as 'good as I can play'.

While Higgins is riding on such a crest of a wave, I’m not sure Wilson has enough firepower to stop the winner of 30 ranking titles from marching towards another major final.

In fact, perhaps even an on-song O’Sullivan or Judd Trump would have their work cut out against Higgins in this form, and I’m betting the Scot can keep up the good work here.

Higgins comfortably leads the head-to-record between this pair (7-2) and if he makes the same type of blistering start that he produced against Brown and Selby earlier in the week, he could well run away with another match.

The biggest conundrum to come from Ronnie O’Sullivan's demolition of Jack Lisowski on Thursday night is whether to liken his performance to a Ferrari – its engine purring in the way only a supercar can – or a prima ballerina gliding elegantly across the stage, seemingly unaware of the transfixed audience watching on in awe.

Either way, whether it's supercars or the ballet that floats your boat, O’Sullivan was simply magnificent in a display every bit as good as anything he has produced in the last couple of seasons and one that justifies prices of even-money for him to go on and win a third Players Championship title in four years. O'Sullivan didn’t qualify for the event in 2020.

On Friday evening, he will face Barry Hawkins; another seasoned-campaigner with whom he has enjoyed some great matches over the years. As ever, O’Sullivan holds a healthy advantage in the head-to-head record (14-3), but Hawkins has recovered well from a quiet spell last term to find some form again this season and he beat The Rocket 3-1 at the Championship League earlier this month.

Hawkins was one of my Five players to Follow at the start of the season, so I’m pleased to see him playing well again and but for a special comeback from Judd Trump in the semi-finals of the German Masters, he might well be a ranking-title winner again.

Big breaks in the offing

Key to Hawkins’ upturn in fortunes has been his renewed efforts on the practice table, which have seen him score much more heavily than in the last couple of years and it is noticeable that he is already up to 27 centuries this season, compared to 32 in the whole of the previous campaign.

Hawkins didn’t manage a ton in his 6-2 defeat of Stuart Bingham on Wednesday, but this encounter promises to be a much more open game than that one, while his earlier victory over of Zhou Yuelong saw him fire in breaks of 143 and 109.

O’Sullivan’s own break-building has remained typically savage and while he can sometimes be indifferent when chasing centuries, he managed two against Lisowski – and a break of 95 – having made one against Ding to go with a similar near-miss, and three in his Welsh Open defeat to Jordan Brown on Sunday.

In this best-of-11 frames match, Hawkins will know he has to score in order to have any chance of beating O’Sullivan, while these elite-field events have historically brought out in the best in The Rocket. As such, I’d expect a high-quality contest between two heavy scorers who are evidently in good form at present.

Backing centuries did us a good turn on Thursday and with more of the same in the offing, I’m keen to go in again with the 2/1 on offer from Sky Bet for THREE OF MORE MATCH CENTURIES worth an interest. If Hawkins brings his A-game to the party, four or more Match Centuries could be in play, too, and 11/2 (Sky Bet) certainly dangles the carrot.