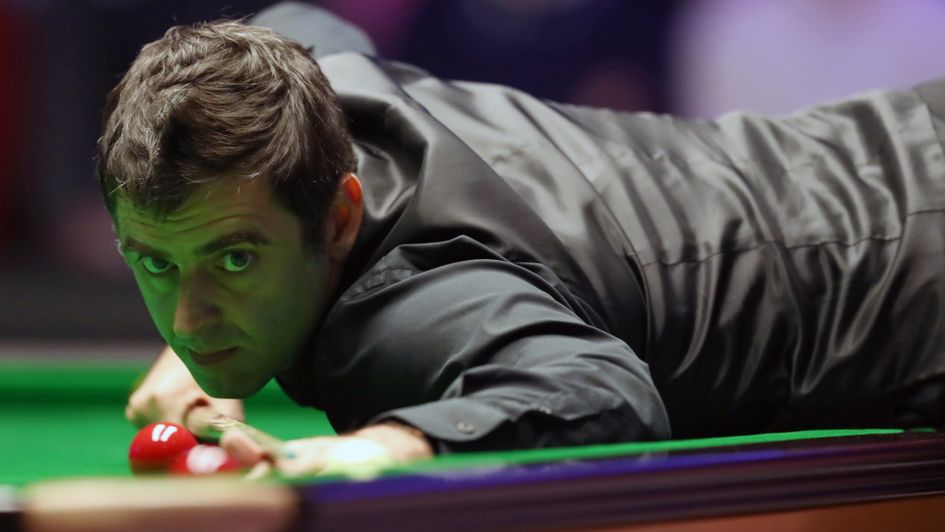 Competing in his first event of the season, the Rocket followed up his victories over Neil Robertson (6-2), Stuart Bingham (6-2) and Kyren Wilson (10-6) earlier in the week to win the most lucrative invitational tournament in the history of the sport.

The Hawk came flying out of the traps this afternoon and made a break of 125 on his way to establishing a 3-1 advantage at the mid-session.

O’Sullivan forced his way back into the match when they returned to level at 3-3. However, it was Hawkins, who top scored with a break of 132, who won three out of the last four frames to take the lead into the evening session.

The Rocket, who brushed aside Judd Trump 10-3 in last year's final, found another gear after the interval, taking the first four frames with breaks of 64, 61, 56 and his first century of the match (113) to surge into the lead for the first time.

O'Sullivan took two of the next three to move one frame away from victory only for Hawkins to pull one back before taking a scrappy 19th frame.

But the Rocket held his nerve to get the job done in the next thanks to a superb century break.

O'Sullivan said: “Barry probably played the best snooker in the whole tournament. He played a great match with Ding and a good one with Mark Williams. He's the in-form player.

"Tough on Barry, but I played well at the end of the match when it mattered so I am really happy to get this victory.

“I managed to find something on the practice table before the start of the evening. I was struggling with my cueing a bit so it was nice to be able to play with a bit more confidence and freedom.

“It is a very major and prestigious tournament. There are a few like that now though.

Hawkins, who picked up £100,000 for being runner-up, felt that part of the reason for his defeat was the fact that he couldn’t carry his momentum from the afternoon into the evening session.

He said: “I’m a little bit disappointed to lose another final. I thought I played a decent part in a decent final.

"I felt I struggled a bit tonight, whereas I was flowing a bit better in the afternoon.”