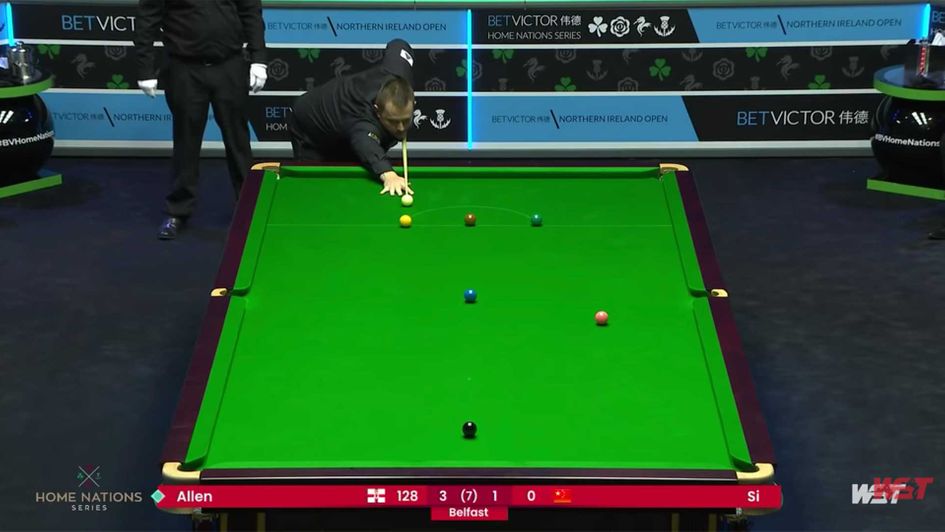 Scroll down to watch Mark Allen's stunning 147 in full

Mark Allen compiled the second maximum break of his career as he beat Si Jiahui in the first round of the Northern Ireland Open in Belfast.

The Antrim 35-year-old admitted he felt the nerves as he wrapped up the break, which completed a 4-1 win over his Chinese opponent.

Allen, whose only previous competitive maximum came at the 2016 UK Championship, told WST.tv: “It’s right up there with the best moments of my career – to do it here means so much to me.

“I couldn’t stop shaking on the black, I just had to let my arm go though and luckily it went in.”

Ronnie O’Sullivan wrapped up a 4-0 whitewash of Stuart Carrington with a break of 120 and other winners included John Higgins, Neil Robertson and Kyren Wilson.