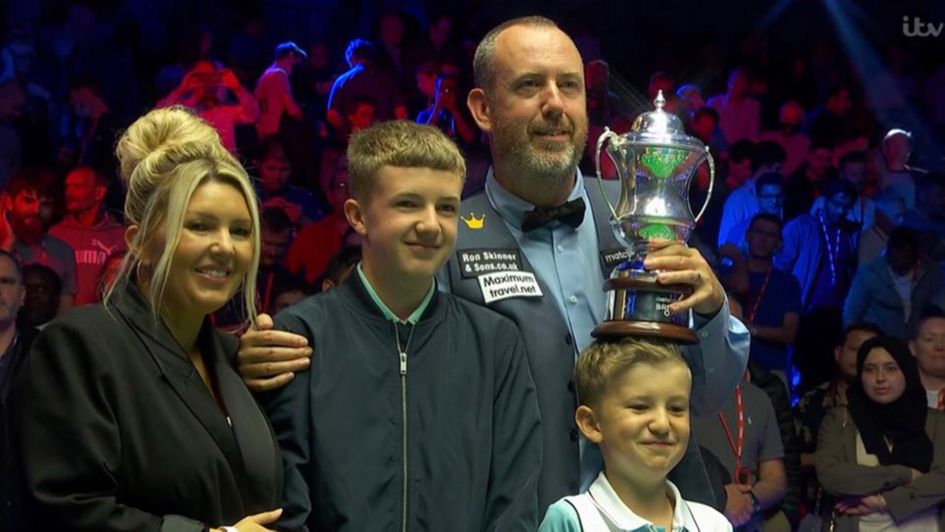 Mark Williams was able to add a second British Open title to his list of achievements, 24 years after his first with a 6-4 win over Gary Wilson in the final on Sunday.

The Welshman and 1997 champion had admitted he was fortunate to reach the latter stages of the tournament after he struggled during the early rounds at the Morningside Arena in Leicester.

Yet the 46-year-old saved his best until last with two century breaks in a final which had been neck and neck until the former world number one clinched the final two frames on the spin.

“This has got to be up there because I was lucky to get through a lot of my rounds,” Williams told ITV Four.

“I should have gone out at least two or three times. And tonight, I felt I played really solid all the way through and the best I have played all week.

“I try my guts out every time I play. Most of the times I don’t play great but I am still out there trying. It may not look like it sometimes, but I still am. I assure you!

“We are just lucky to be playing at the minute and having the crowd back is brilliant, so hopefully it continues.”

🏆 Mark Williams wins his 24th ranking title at the age of 46!

🏴󠁧󠁢󠁷󠁬󠁳󠁿 The legend beats Gary Wilson 6-4 in the British Open final - 24 years after he last won it!

After showing signs of form in his last four win over Jimmy Robertson on Saturday, Williams went 2-1 up with a break of 111 in the third frame.

Wilson responded impressively and a 101 break saw him go ahead for the first time at the end of the fifth, but in the first edition of the British Open since 2004, the Welsh Potting Machine quickly wrestled back the initiative.

A break of 115 in the ninth frame put Williams on the verge of another title and his experience told with a composed final frame to clinch more silverware.

It brought the successful return of the British Open to an end with two 147s registered during the tournament, one by John Higgins, who had been the most recent winner before Williams triumphed on Sunday, and the other by Ali Carter.