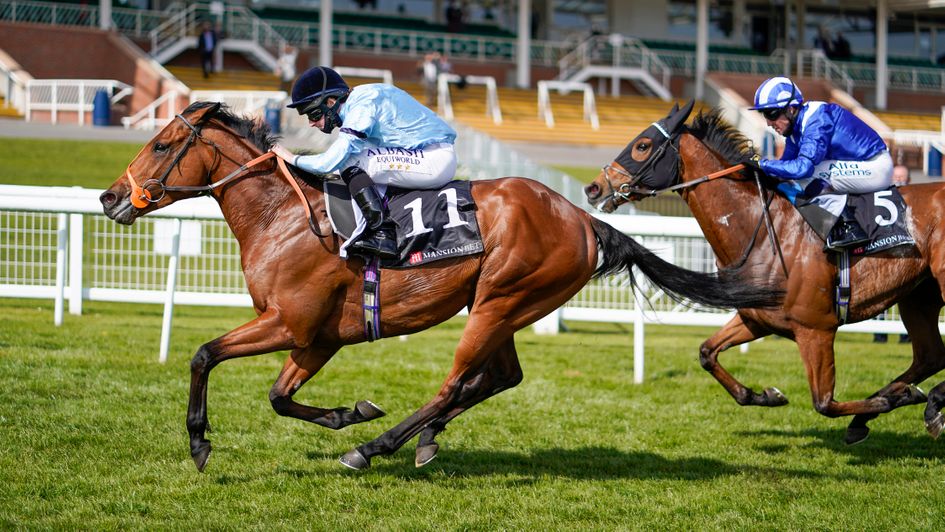 Nugget is tipped to go in again

One of the best Flat seasons of recent times is drawing to a close and the cast list for QIPCO British Champions Day at Ascot on Saturday is incredible with most of the winners of the big Group Ones since the Lockinge entered, and those who are victorious will pretty much deserve their ‘Champion’ title.

That doesn’t automatically mean there are great early betting angles in all races, but they’ll definitely be worth watching with Trueshan, who won last year’s QIPCO British Champions Long Distance Cup set to renew rivalry with Stradivarius, who he beat into second in Longchamp’s Prix Du Cadran.

Trueshan was mad fresh for that and is one of my favourite horses but that was a hard race in Paris and I wouldn’t bet on how he’ll come out of it but there doesn’t appear to be much value as Stradivarius disappointed here after running in the Arc although everything else looks pretty much of a muchness and there are better options elsewhere.

In the following race, the QIPCO British Champions Sprint over six furlongs, Dragon Symbol, who has been a model of consistency in the best sprint races all season, heads the betting and would be a deserved winner.

The one I fancy, though, is Wokingham winner, ROHAAN, who had previously caused an upset when edging Dragon Symbol out at Haydock in May. True, he’s been out of the places in three runs since he was visually one of the easiest winners of a major Royal Ascot handicap I can remember, but his last race when staying on into fifth at the Curragh last month does not tell the full story as he was left at the gates but made up an unbelievable amount of ground in the last two furlongs. He would likely have won it if that race had been over Saturday’s trip.

Back at the scene of his biggest win and with the easy ground he loves, I think the 9/2 on offer is a price worth taking.

In the next race, the QIPCO British Champions Fillies & Mares over a mile and a half, Coolmore seem to have a very strong hand with Love and Snowfall entered but both come with question marks attached having had pretty arduous seasons.

Although she has a bit to find on the figures, I think Andrew Balding’s recent Chester winner INVITE looked a horse approaching her peak when making her stable debut five weeks ago, and the form bears close inspection with Alounak, who had been placed in a very strong Sky Bet Ebor on its previous run, two lengths behind.

The Ebor winner won the Irish Leger next time out and the runner-up, Quickthorn, won in pattern company at Salisbury and had previously won at Royal Ascot, so that form is very strong and she beat Alounak pretty comfortably at Chester so looks likely to run very well this weekend.

Invite can be supported now at 10/1 with John Egan, who gave her a very confident ride there already jocked up.

Balding still has an outside chance of landing the trainers’ title and winner’s prize money here would do nothing to harm his cause on a day he traditionally targets.

The big betting heat will be the Balmoral Handicap over a mile and the Gosden-trained Sunray Major will be all the rage after winning here as he liked over seven furlongs at the last meeting.

The form of that race, though, is some way away from this race and I’d be interested in taking him on with NUGGET, who has form in some of the season’s top handicaps.

After winning at Newbury from one of the year's leading handicappers, Danyah, he finished second in a red-hot Thirsk Hunt Cup then reappeared after a 147 day break to win much more easily than the margin of victory suggests at Haydock three weeks ago.

I was really impressed with him there and, as he has already proven his ability in big fields, I think the 10/1 represents sound value here.

The QIPCO Queen Elizabeth II Stakes is always eagerly awaited and it will be worth the gate money alone to see Palace Pier and Baaeed going at it up the straight here but the race doesn’t really appeal as a betting medium.

The same applies with the QIPCO Champion Stakes which could see old rivals Adayar and Mishriff lock horns after their mid-summer blockbuster here in the King George.

Some races can be enjoyed without having a bet but hopefully the three we’ve mentioned here will pay the afternoon’s expenses anyway.