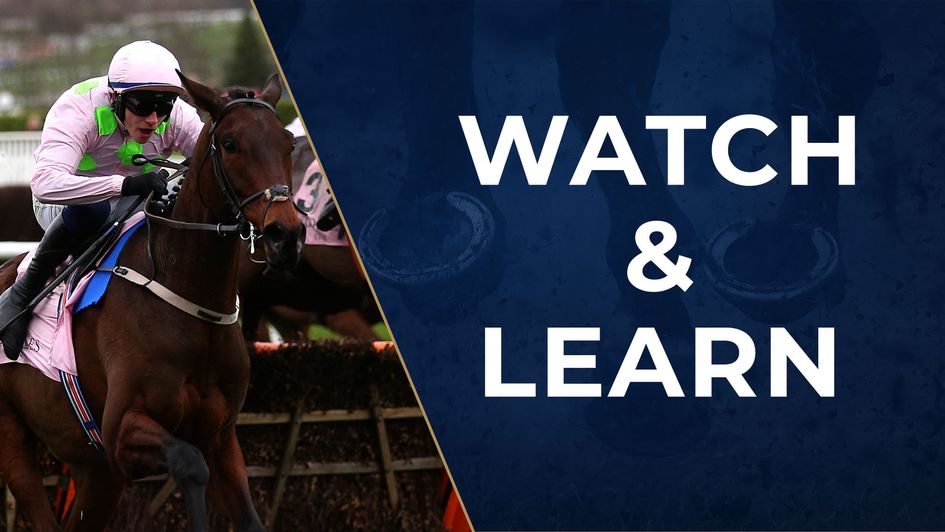 Don't miss our timefigure guru on Gaelic Warrior, Allegorie de Vassy, It's For Me and an unraced bumper horse to keep on side.

With no jumps racing in Britain to analyse other than a humdrum meeting at Hereford last Monday, there’s far less to go at than usual this week but there was still some decent action in Ireland including one race that wouldn’t have been out of place at the Cheltenham Festival and the draw-down in action at least gives me the opportunity to belatedly cover the bumper scene.

Clonmel’s card last Tuesday was enlivened by the presence of Gaelic Warrior, runner-up in the most recent Fred Winter when gambled on and now the recipient of an official handicap mark in Ireland (143) that is more reflective - if not fully - of his ability than the woefully insufficient 134 that he had been awarded previously.

Gaelic Warrior’s performance didn’t really tell us anything we didn’t already know about him – he jumped right as usual and was not unexpectedly left to do his own thing in front by several rivals who wouldn’t have been keen to finish close – and, for once, there was nothing much to glean from the clock either. Clonmel is the most recent addition to the roster of Irish tracks that Timeform return jumps timefigures from and is one of the few tracks there that return distances to the actual yard.

Gaelic Warrior’s race was one of four over two miles and one hundred and sixty-four yards and was slower than all but one of the others. Timefigures weren’t easy to return on the day with a combination of ground deterioration and track position (Gaelic Warrior kept to the wide outside all the way which seemingly persuaded nearly all the riders in the following handicap was the best route only for the easy winner of that race to stick tight to the more churned-up inner) demanding an element of informed interpretation.

In the circumstances I wouldn’t hold either his lowly final 78 timefigure or his circuit time (time taken from the final hurdle on the penultimate circuit to the winning line on the final circuit, which was getting on for three seconds slower than the winner of the opener, his stable-companion Night And Day, against him and he remains a good prospect for the whichever race he takes in next.

In common with a few mares trained by Willie Mullins, Night And Day looks to have a fair bit of size and scope to her. She steered a middle course against some very modest rivals and impressed with her hurdling to win in a 105 timefigure but even her upgrade to 120 after sectionals from two furlongs out are included is almost certainly not reflective of her likely ability.

Punchestown’s card last Monday didn’t throw up much of interest, but there was some good action at Navan and Thurles at the weekend with Mahler Mission being the standout performer at the former venue.

Seventh in the Albert Bartlett last season before winning a listed novice at Perth, Mahler Mission has taken a bit of time to get the hang of the larger obstacles but comprehensively reversed recent Punchestown form with Shantreuse to score in a 139 timefigure which is a good deal higher than he had achieved over hurdles.

Tenzing was a bit underwhelming in second place, but there was a fair amount of promise in third from Gars de Sceaux. He hasn’t been the easiest to keep sound and might well need heavy ground to be seen to best effect, but the big grey - still only seven – was one of the stars of his year in Irish points and might yet make up for lost time on this evidence.

HMS Seahorse (fourth in Gaelic Warrior’s Fred Winter) took the feature handicap hurdle but he had youth on his side in a race where most didn’t and whether he quite had to find the improvement the result suggests I’m not sure. A timefigure of 115 (second fastest on the day over the smaller obstacles behind the rated novice hurdle winner Path d’Ouroux who clocked a 121) would suggest to me he didn’t.

Thurles staged a very interesting card on Sunday with current Mares’ Novice Chase favourite Allegorie de Vassy and the 2022 Grade 1 Melling Chase winner Fakir d’Oudairies among the winners. It’s unfortunate that the historical data returned from there and upon which timefigure standards are calculated is so unreliable that I took the decision when launching Timeform jumps timefigures in 2016 to avoid returning them from there (a decision recently revisited with the same outcome), so I’ve had to lean on circuit times to delve a bit deeper into the merit of some of the performances.

A comparison between Allegorie de Vassy and Fakir D’Oudairies’ overall times and their final circuit times doesn’t on the face of it reflect blindingly well on the former, who covered the extended two and a half miles around three seconds slower despite carrying 9lb less, but she dictated a rather stop-start pace and came home faster from two out and a fair bit faster (almost a second and a half despite her rider sat still in the saddle) from the last and could no doubt have gone a fair bit faster still through the race than she needed to.

I doubt she’ll fail for ability at Cheltenham but leaving aside her mistake at the first (after the ridiculously long run to it which was surely a factor) her jumping technique that saw her stretching for numerous fences won’t be as easy to get away with at Cheltenham as it was at Thurles where the fences are soft and the faller rate since the second-last was relocated is a lowly three and a half per cent.

The form book will record a fall at the last in the feature Grade 2 Horse & Jockey Hotel Chase but Haut En Couleurs, who had just taken up the running and would probably have just about held Fakir D’Oudairies, jumped the fence cleanly only to stumble on landing.

It was a much-improved effort from the youngster, who is clearly more at home over two and a half than he is two and had come on considerably for his recent reappearance when he had Fakir in front of him and I’d anticipate even more improvement stepped up to three miles in time.

Stumptown was another who had youth on his side in the handicap chase, but I wouldn’t be dismissive of his following up despite the clobbering he’ll get for a twelve-length win given he ran the final circuit faster than Allegorie de Vassy and less than a second slower than Fakir D'Oudairies.

One of the great attractions of this game is spotting a good one a run or two before anyone else and this is what I had to say about Ferns Lock after his hunter debut at Fairyhouse in November: "If there was a future Cheltenham winner on show, however, it was surely Ferns Lock in the Hunter Chase. Despite contesting the last of four races on the chase course on heavy ground and over a longer trip.

"Ferns Lock ran the distance from the third last to the line (as well as from two out and the final fence) faster than Gerri Colombe without even coming off the bridle after a superb round of jumping. Those final sectionals paint a much rosier picture of his ability than his overall timefigure (68, reflecting a steadily-run race) and I suspect he’s little if any inferior to his stablemate Vaucelet who currently heads the market at 9-2 for the Foxhunters. Whether Ferns Locks takes in the 2023 renewal remains to be seen, but at 25-1 I’m quite happy to pay to find out."

The downside of such a scenario, however, is that the target you have your eye on and for which the horse is tastily priced up is not the same one in the mind of the trainer, and despite a 20-length demolition of reigning hunter champion Billaway at Thurles the vibes seem strong that Ferns Lock will miss Cheltenham. That’s unfortunate as I’m in no doubt he’s more talented than any other hunter in training.

Mullins star lives up to the hype

Finally, there was a performance at the weekend to shake up the ante-post market for the Champion Bumper and it was delivered by the Willie Mullins trained It’s For Me at Navan.

He earned a rating of 113p from Timeform and an overall timefigure rating well high in the 120s (easily good enough to win a regular Champion Bumper renewal) after sectionals are included. The clock isn’t always the best guide to the merit of bumper form, however, with many of the races tending to be run at a steady gallop, and I find the Irish point ratings I keep (which use final times and sectional times as their basis before adjustments are made for race standards and type) usually prove to be a better predictor of ability under Rules.

It’s For Me was one of the highest achievers in that field last season as I saw it, running a 122 when winning at Loughanmore in April.

There's only one other horse in the current betting for the Champion Bumper I had higher – and more about him in a minute - but for what it's worth the pecking order in last season's points on my figures behind It’s For Me who are quoted prominently for Cheltenham is Fancy Girl and Fact To File (both 120), Better Days Ahead, Pour Les Filles and Irish Panther (all 117), Chosen Witness (116) then Chapeau De Soleil and Encanto Bruno (both 115).

Among the unraced ones, The Gunner Yeats (115) is a likely smart sort, having been snapped up by Susannah Ricci, but the most interesting one still to run under Rules for me is Barry The Butcher (123) who had the first-time Aintree winner Man At Work well held in third in his point win.

He's trained by Henry de Bromhead, whose first-time-out record in bumpers with good prospects sourced from the pointing field is good (around 19%), but the Knockeen handler has only brought three horses over here to contest a bumper since 2010 (his only runner in the Cheltenham Bumper, Supasundae, finished sixth) and it seems far more likely to me he’ll be kept at home this year.

All the same, he’s very much one for the notebook.