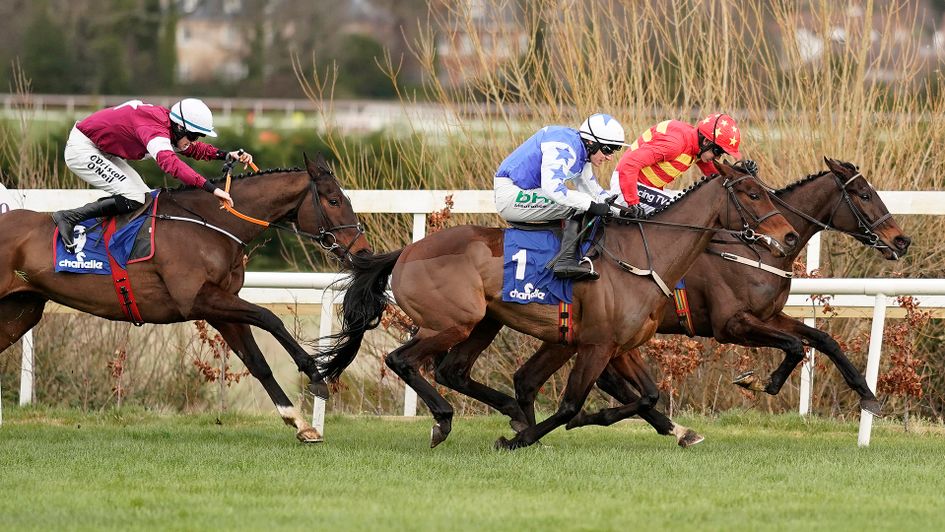 The French import won on his debut for the yard at Christmas and was sent off the 9/4 favourite for the Grade One.

Ruby Walsh caused a minor surprise when opting to ride Klassical Dream and it looked like he had got it wrong at one stage as Aramon and Paul Townend made a late charge and went a neck in front.

With Aramon looking sure to add a second Grade One to his tally, Walsh conjured up a fantastic final effort from Klassical Dream and it was enough to see him prevail by a head.

Gordon Elliott's Vision D'Honneur was kept wide throughout by Jack Kennedy and while he briefly looked a threat at the top of the straight, he eventually finished a well-beaten third.

Sky Bet reaction was to cut the winner to 8/1 from 10s for the Supreme Novices' Hurdle at Cheltenham, with Aramon into 10/1 from 14s.

The firm's Michael Shinners said: "Klassical Dream battled back really well to beat his stablemate in a tremendous finish. Both horses look set to run in the Sky Bet Supreme where we go 8/1 from 10/1 Klassical Dream and 10/1 from 14/1 Aramon."

💪 Power-packed ride from Ruby Walsh to get him back up close home...pic.twitter.com/s7uEetzu0O

Walsh said: "He was tough and he had to battle. He got the better of Gordon's horse and then Paul arrived on my outside and he kept me good and tight from the back of the last!

"Aramon was very good at Christmas, but I was hoping Klassical Dream would have improved since then.

"You are looking for a standout novice and I think on softer ground Klassical Dream would improve again."

Mullins said: "I was delighted whichever horse won. Both ran fantastic and it was a matter of which jumped the last better. Ruby got the best jump, it was touch and go and it depended where the line was.

"Ruby's horse is very brave. Both will go to Cheltenham and I'm very happy to be first and second in a Grade One here.

"Both excellent riders, both with good mounts underneath them - proper racing.

"Klassical Dream shows me a fair bit at home and we've been minding him all season. We got him out at Christmas and he did it well. Things didn't go completely right then and we felt he'd improve a good bit from it. I'd imagine that's why Ruby picked him today.

"Aramon had plenty of running all season and we weren't even sure until last week whether we were going to run him. His last bit of work was good and the ground was staying right for him, so we said we'd let him take his chance.

"They are two good novices and if we get softer ground, Klassical Dream will improve again from that."