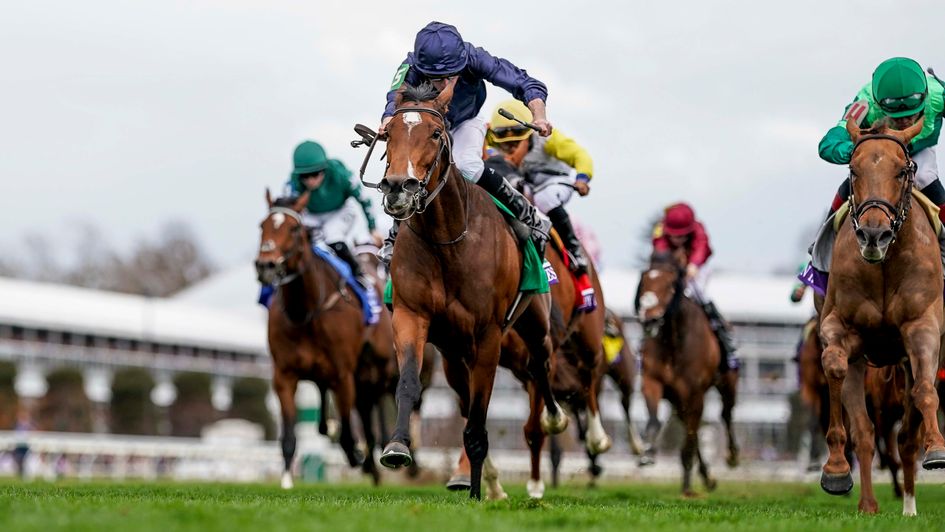 Aidan O’Brien’s fine Breeders’ Cup continued as his Oaks heroine Tuesday bounced back to her best to land the Filly & Mare Turf at Keeneland.

Despite running with credit in the second half of the season, the daughter of Galileo was without a victory since the Epsom Classic in June and winning rider Ryan Moore employed similar tactics to those utilised to perfection on the Surrey Downs at Keeneland.

Content to bide his time aboard the three-year-old as Chad Brown’s In Italian led the field along, Moore manoeuvred his mount into a winning position swinging for home and was poised to strike at will in the straight.

Tuesday (7/2) - tipped at 11/1 in Matt Brocklebank's Antepost Value Bet column last week - was full of running as she hit the wire, with In Italian picking up the silver medal.

John and Thady Gosden’s pre-race favourite Nashwa had to settle for a fast-finishing fourth having been slowly away and boxed in further back than ideal on the rail for the majority of the contest.

👏 Another for @Ballydoyle and Ryan Moore!

It was O’Brien’s first win in the race and he said: “She ran in the Guineas and then won the Oaks when in fact she had only reached the age of three, so she was very immature.

“We knew we needed to compete between Epsom and this race which was always her long-term target, but those were not the be all and end all, and the intensity of her work had improved a lot since Arc weekend.

“Ryan gave her a brilliant ride, I thought her trip was a mile and a quarter but she has won over a mile and a half and she got this trip (an extended nine furlongs) well enough.”

On future plans he added: “The plan might be to go to Ashford Stud and retire her, but there’s a good chance I think of her staying in training next year in which case I would consider the Hong Kong Cup, but it all rests on her not going to Ashford.”

Co-owner Michael Tabor said: “We always knew she had a decent chance. Ryan has ridden a brilliant race on the filly.”

Moore said: “Aidan has got these horses in unbelievable shape and last week he was really happy with this filly. It was her ninth start of the year, but we got a beautiful trip and when the other filly came at her she had the class to see her off.

“I think Aidan had her in a really good place today, she put in a really professional performance and with her Oaks win and then a Filly & Mare Turf under her belt it is a fantastic double.”

Of Nashwa, Gosden senior said: “An extra sixteenth (of a mile) would help her, but you can’t get that far back and win.”