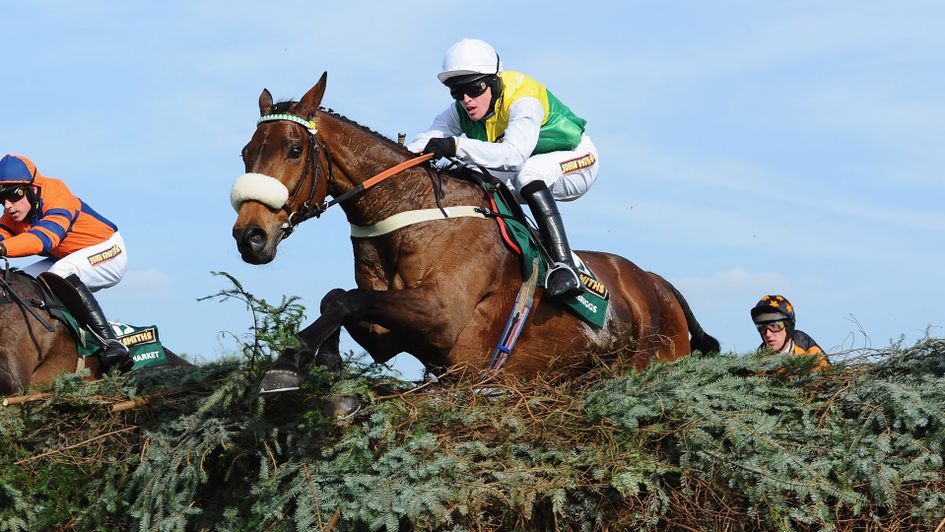 Trevor Hemmings: Six of the best from Alberta's Run to Trabolgan

Trevor Hemmings once gently took me to task for describing him as a passionate Northerner, and that’s how many people knew the man who won three Grand Nationals and a host of other races in a golden decades long love affair with the jump side of the Sport of Kings.

Few, I suspect, would know that he was actually born in London and only moved to his beloved North West when his father’s work transferred there in his youth.

Hemmings and jump racing were made for each other, but the first dates in his diary would not be those for a pilgrimage to the shrine that is Cheltenham in March - he ate drank and slept for those three days in April when the great jump racing congregation would assemble at Aintree.

His jump racing passion was inspired by his one-time boss Fred Pontin, who bought Specify just weeks before he won the Aintree spectacular in 1971, and 20 years later the colours that struck National gold so memorably on three occasions started appearing in the race.

Hemmings came so close with Hedgehunter in 2004 - the horse was third when falling at the last, and the owner’s belief ‘If I do anything I give it my all - I do it properly’ meant with trainer Willie Mullins' full backing and Ruby Walsh on board they came back a year later.

The rest, as they say is history - a famous win, followed by a gallant second, just weeks after being runner up in the Gold Cup in 2006 - and two further spins over the fences followed.

That gave Hemmings the ‘Aintree Bug’ good and proper, and further success was to follow with Ballabriggs, trained by Donald McCain in 2011 and four years later, memorable to this day to those fortunate enough to be at Aintree, with Many Clouds.

It was typical of Trevor that he didn’t send all his horses to one yard - his three National winners came from three different stables, and his runners last April were trained by Nick Alexander and Jonjo O’Neill.

A self made man, he stepped in to rescue Preston North End after an approach from his friend Sir Tom Finney and his generosity to charity included most notably Diabetes UK from which he suffered and the Princess Royal Trust for Carers, for which he received a CVO.

Hemmings once controlled the Blackpool Tower, and there was much amusement when he won the National while the race was sponsored by John Smith’s and he was major shareholder in their parent company.

But he’ll also be remembered as a modest man - I remember him being surprised at being asked for an interview when he arrived at a press event in the build up to the National one year - and his passion for Aintree meant that, provided they were healthy, he would always ensure his previous winners reported for duty on Grand National day for the Parade of Champions.

Trevor Hemmings once said of the National in an interview “ For me it’s special. Just very special” 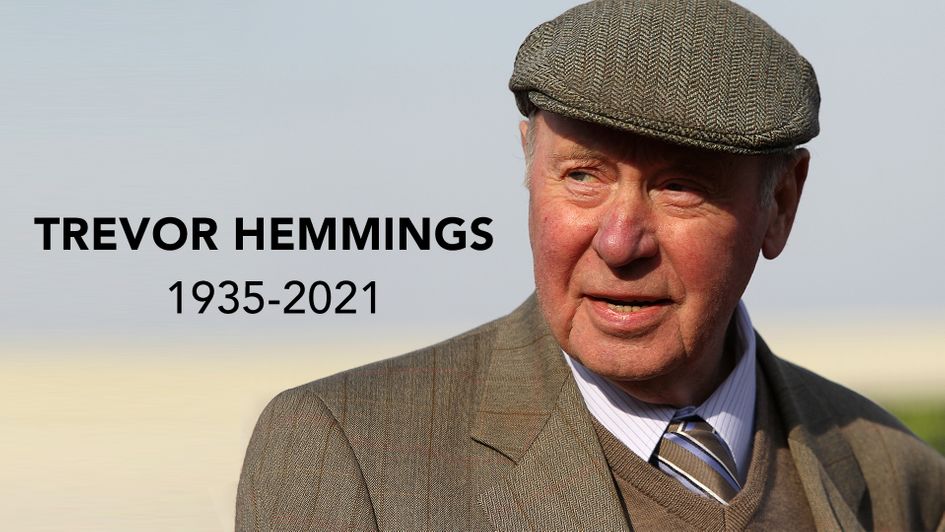 Trevor Hemmings, one of jump racing's greatest supporters and the owner of three Grand National winners, has died at the age of 86.

Trevor Hemmings: Six of the Best

The only horse to win the Ryanair Chase twice. He triumphed in 2010 beating the favourite Poquelin under a strong McCoy ride, a year after finishing 9th in the Gold Cup. A year later he was a length too good for Kalahari King. Also won the 2008 RSA Chase at The Festival and the 2010 John Smith’s Melling Chase at Aintree. Trained by Jonjo O’Neill.

Provided Hemmings with a second National when powering home under Jason Maguire in 2011 beating Oscar Time and Don’t Push It. Trained by Donald McCain having won novice hurdles just three months earlier at Wincanton and Ayr. He finished sixth in 2012 and was retired after being pulled up the year after. Also landed the 2010 Kim Muir at Cheltenham.

Landed a huge gamble in the 2020 Ladbrokes Trophy at Newbury, sauntering home by 10 lengths with jockey Tom Scudamore getting down to 10 stone to ride. Stumbled four out when going well in the 2021 National and pulled up soon after. Still only nine and trained by Jonjo O’Neill.

Gave Hemmings a cherished first win in the Grand National in 2005 trained by Willie Mullins and ridden by Ruby Walsh, and one of just two outright favourites to win the race this century. Ran in the big race five times - the year before he had fallen at the last when in third place and he followed his victory with a gallant second under 11-12 the following year and then ninth and 13th in the following years before being retired.

The gutsy, courageous Oliver Sherwood-trained winner of the race in 2015, which gave jockey Leighton Aspell back to back wins in the National. Many Clouds ran his heart out to beat Saint Are and crown a memorable season which also saw him win what was then the Hennessy Gold Cup at Newbury - and his only defeat came when sixth in Coneygree’s Gold Cup at Cheltenham.

In the same year as Hedgehunter carried the green and white colours to National glory, Hemmings had a second ticket to the top table of steeplechasing with Trabolgan, trained by Nicky Henderson and ridden by Mick Fitzgerald. A horse that had the speed to finish second to Liberman in the Festival Bumper, he struck gold when landing the RSA Chase of 2005 beating Comply or Die and then went down the road from his stable to lift the Hennessy Gold Cup that November, humping 11-12 for a memorable success.