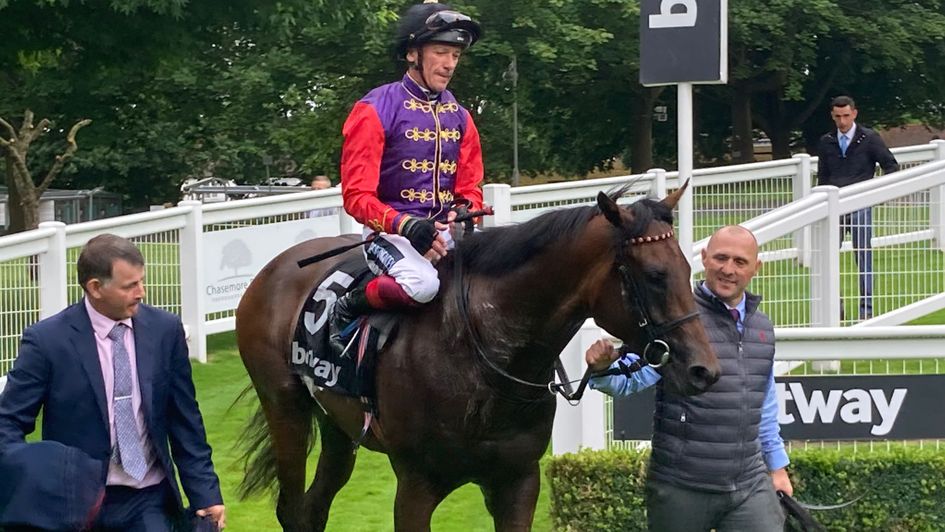 Reach For The Moon: impressive at Sandown

Timeform present their highlights for Saturday in the form of a ratings banker, big improver and notable flag horse.

Maritime Wings has had to settle for second behind Point Lonsdale the last twice but he has managed to avoid the leading juvenile this time and can make the most of the opportunity. Maritime Wings is 7 lb clear at the head of Timeform's weight-adjusted ratings based on the form he showed when runner-up in the Tyros Stakes and Futurity Stakes and he sets a lofty standard for his rivals to aim at. Those efforts came over seven furlongs but Maritime Wings is bred to appreciate this step up to a mile, so it would be little surprise were he to raise his game another notch.

Lusail sets a narrow standard on Timeform ratings, even after taking into account the 3 lb penalty he has picked up for his Gimcrack win, but Reach For The Moon is an exciting prospect and looks capable of improving enough to land the Champagne Stakes. Reach For The Moon didn't need to improve on the form he showed when runner-up to Point Lonsdale in the Chesham Stakes to land the Solario Stakes last month, but he got the job done in emphatic fashion.

The Solario was not run a strong gallop but Reach for The Moon still picked up powerfully enough to draw four lengths clear, clocking a good closing sectional in the process. He may not have beaten much in the Solario but his previous form is stacking up nicely - he beat Harrow by four lengths on his penultimate start - and he has a bigger effort in his locker.

Jawwaal was disappointing in the Portland Handicap last season but that was the only time he has run poorly at Doncaster. He has three course wins to his name, including a pair of victories earlier this season, and he arrives on the back of an eye-catching effort at Haydock last week.

Jawwaal was patiently ridden after breaking awkwardly, but he stayed on well to finish fourth, earning the Sectional Timing Flag for the late work he produced. That effort highlighted that he remains in good form - he had travelled powerfully when fourth at York on his previous start - and he has plenty in his favour here.