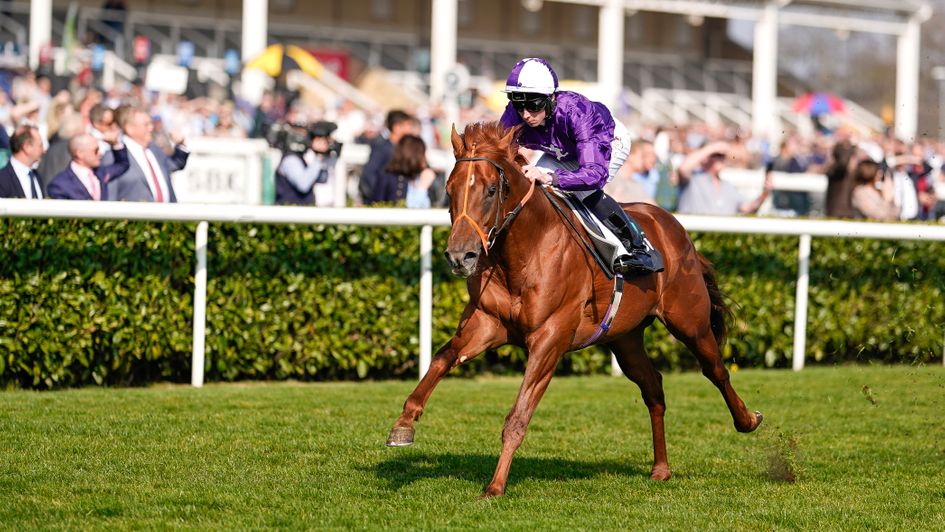 The 2022 turf season kicked off in style at Doncaster on Saturday, with Persian Force registering a dominant success in the Brocklesby Stakes, putting up the best performance in the race this century based on Timeform's ratings.

The Brocklesby may have been contested by unraced juveniles, but that is not to say we knew nothing about the competitors.

Persian Force, a €225,000 yearling purchase and brother to Super Sprint winner Gubbass trained by Richard Hannon, was bred to be sharp and talented, and he was unsurprisingly well found in the market, going off the even-money favourite.

He didn't give his supporters many anxious moments as he was always travelling well and soon assumed command after quickening to the front over a furlong out, passing the post with an advantage of four-and-three-quarter lengths over the runner-up. The visual impression and sectional times suggest that he could have won by further and, consequently, his effort has been upgraded slightly.

Persian Force has been awarded a Timeform rating of 100p, and it is rare for a two-year-old to hit that landmark figure at the first attempt - only five juveniles in 2021 were rated 100 or higher after their debut.

Royal Ascot may seem like a long way off - we've not even had the Grand National yet! - but, based on the form he showed in the Brocklesby, it would be a surprise were Persian Force not a serious contender for the Norfolk Stakes. He wouldn't need to progress much to be competitive in a typical edition of the Norfolk, with the average winning rating coming in around the 106 mark.