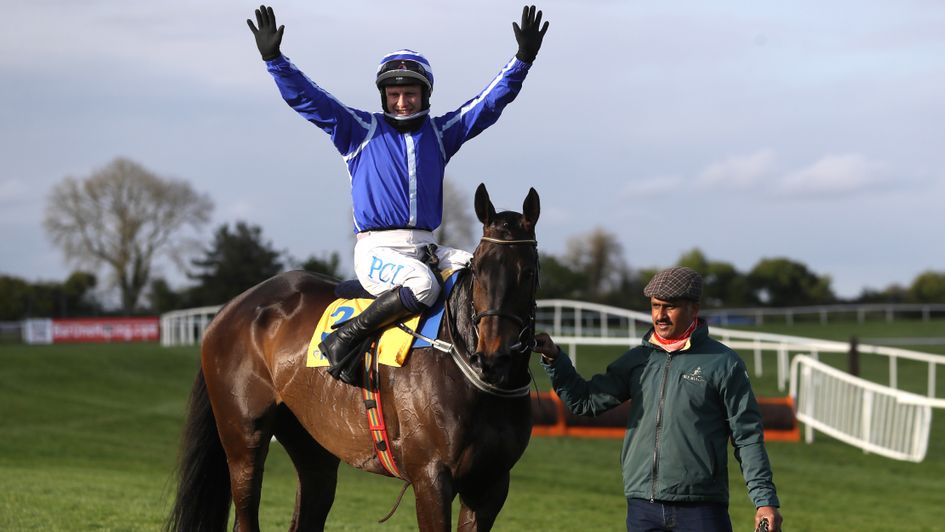 Timeform: Punchestown Festival ratings update and reflections on the week

Tony McFadden highlights five horses who notably improved their Timeform rating at the Punchestown Festival, and also flags up three talking points that emerged from the meeting. 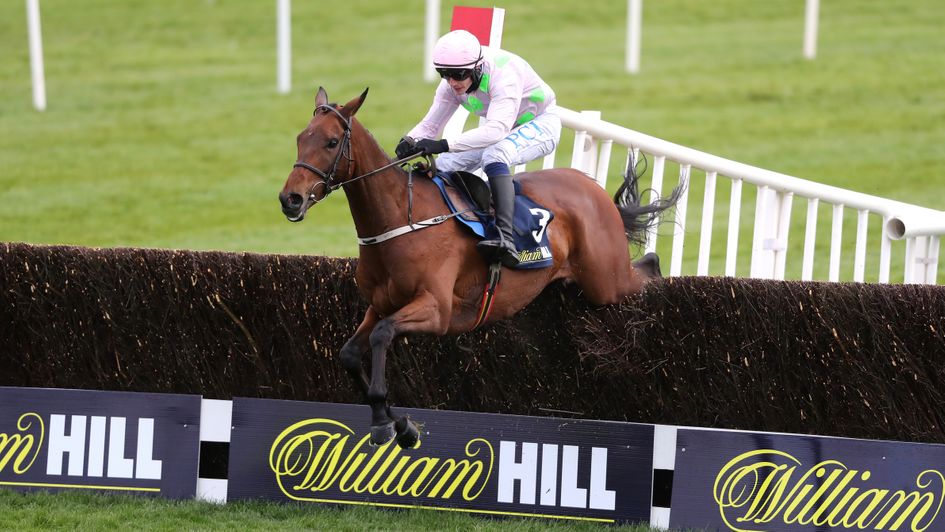 Chacun Pour Soi suffered a surprise defeat when only third in the Champion Chase at the Cheltenham Festival, but he proved better than ever under a more aggressive ride at Punchestown, posting the best performance of the 2020/21 season. The Champion Chase was a messy affair run at a muddling gallop, but it was a different story at Punchestown as Chacun Pour Soi was allowed to stride on, making the most of his high cruising speed and exceptional jumping. The rating of 179 that Chacun Pour Soi earned propelled him to the head of Timeform's chase rankings, and it was also the fifth time that he recorded a performance rating of 170 or greater. A rating of 165 is the benchmark of a top-class chaser, so very few horses reach the 170-mark even once, never mind on five occasions. In fact, in the latest season the only other horses to cross the 170 threshold were Allaho, Minella Indo, A Plus Tard, Shishkin and Clan des Obeaux. 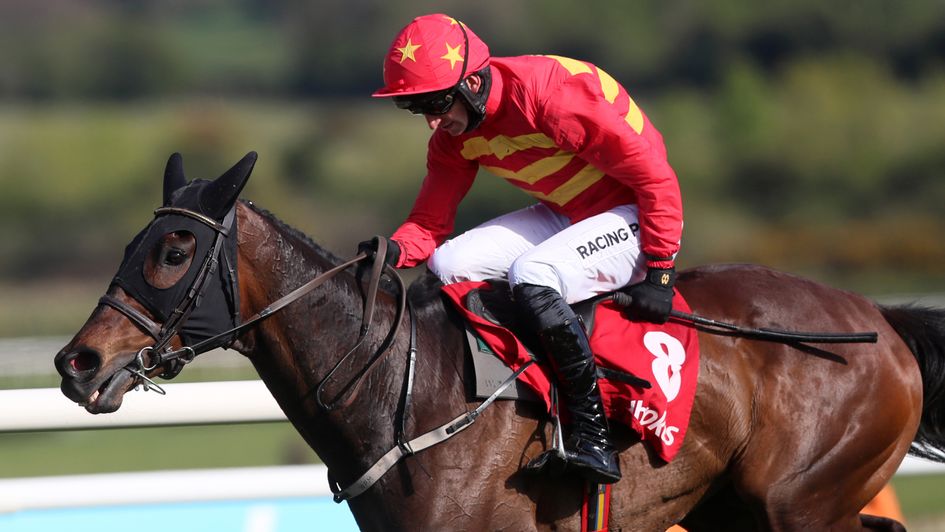 Klassical Dream took the step up in trip in his stride

Willie Mullins' only runner in the latest renewal of the Stayers' Hurdle at the Cheltenham Festival was Bacardys, who was sent off at 50/1. Mullins is likely to have a much stronger hand next year, however, as he could potentially turn to Galopin des Champs or Klassical Dream. Klassical Dream had been off the track for 487 days prior to making his reappearance in the Champion Stayers Hurdle at Punchestown, but a big run was clearly expected based on the weight of money – he was backed into 5/1 having been 16/1 in the morning – and he didn't disappoint. Klassical Dream, the 2019 Supreme Novices' Hurdle winner, was making his first start at three miles, but he relished the extra emphasis on stamina and cruised nine lengths clear, putting up his best effort yet. Klassical Dream posted a good time – the race was run at an end-to-end gallop – and his rating of 160 is 2lb higher than the figure achieved by Stayers' Hurdle favourite Thyme Hill. 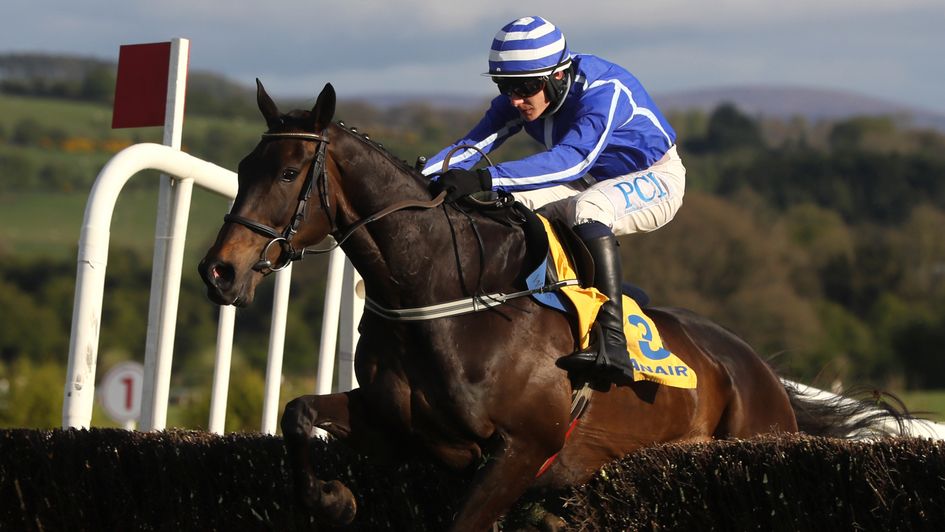 Energumene has done his racing against the clock over fences as he has not yet met a chaser good enough to challenge him. He would have done so against Shishkin in the Sporting Life Arkle but was forced to miss the Cheltenham Festival after encountering a late setback. Energumene had clearly fully recovered by Punchestown, however, as he put up another dominant display to make it four from four over fences. Energumene didn't need to come off the bridle to brush aside Janidil – a Grade 1 winner on his latest start – but the time comparison with the two-mile handicap won by Sully d'Oc earlier on the card shows that Energumene ran to a big figure. The fact Energumene is putting up these huge efforts while not being asked for everything underlines his enormous talent – Shishkin (171p) was the only novice to achieve a higher rating in the latest season. 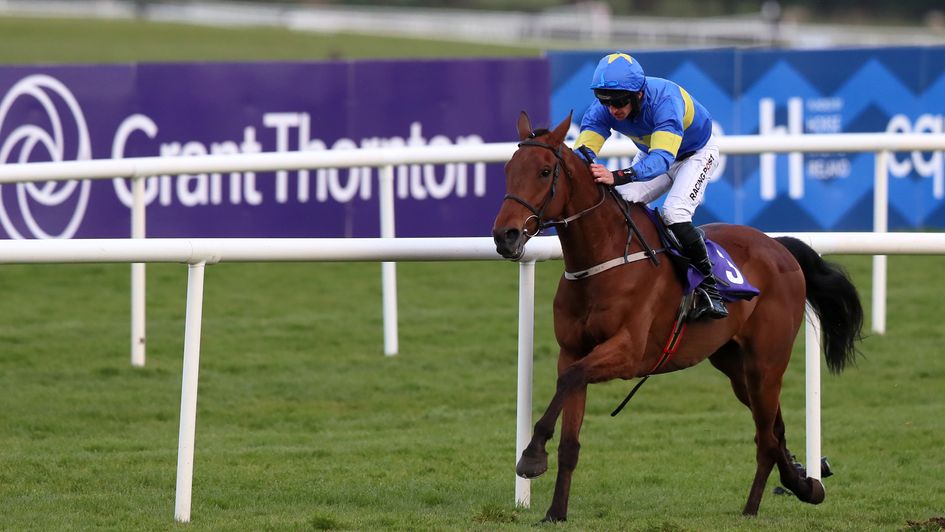 One of the most eye-catching performances posted in a bumper – outside of Kilcruit's win in the Grade 1 – was put up by Dysart Dynamo, who made it two from two with ease. Dysart Dynamo was a heavily-backed evens favourite at Punchestown and his supporters might have had a few anxious moments as he was notably keen in the early stages. However, that didn't stop him making good headway into the straight before forging seven and a half lengths clear. Only a horse of considerable talent could finish so powerfully after expending so much energy in the early stages, and he will be a name to look out for in novice hurdles next season. 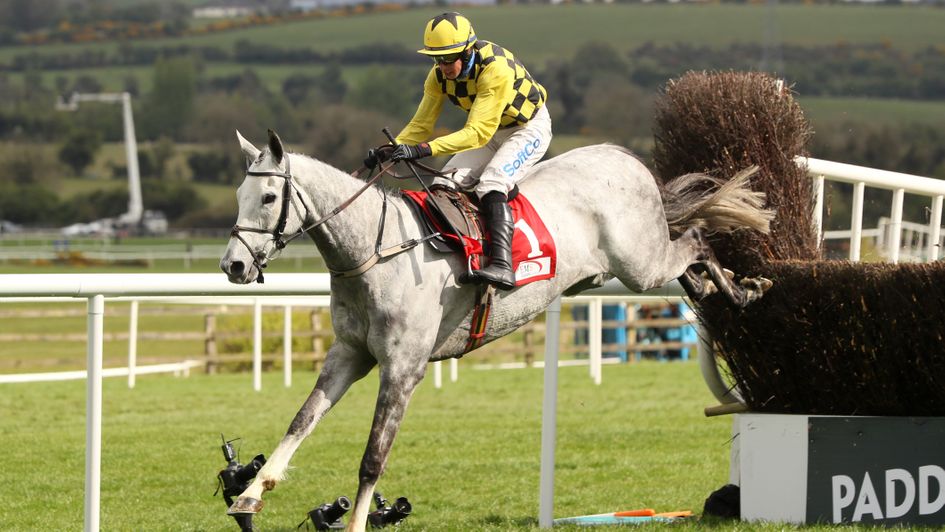 Asterion Forlonge looked like an exceptional talent when winning a Grade 1 at the 2020 Dublin Racing Festival on just his second start over hurdles, but he hadn't really hit the heights expected of him over fences prior to the Punchestown Festival. His effort at Punchestown, however, suggests that he still has the potential to make a big impact at a lofty level. Asterion Forlonge, on his first foray into handicap company, put in a better round of jumping than has often been the case and that enabled him to assert his superiority, easily drawing 14 lengths clear. Monkfish (167p) was the only staying novice to achieve a higher rating in the latest season. 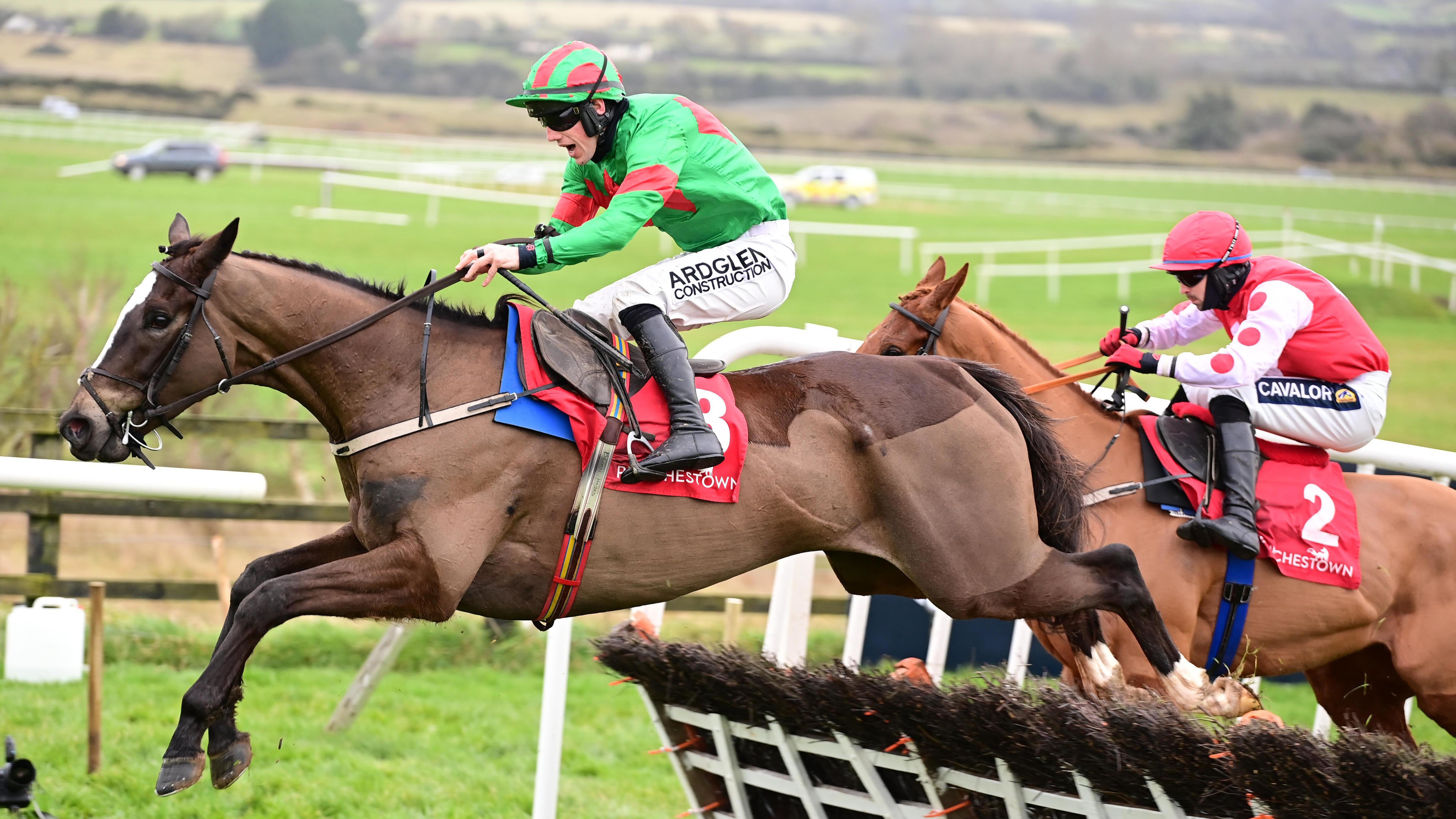 Willie Mullins had 19 winners at the Punchestown Festival for 15 different owners, but it's also interesting to note that those winners were spread among 11 jockeys. Paul Townend is the undisputed number one rider at Closutton, but the retirement of David Mullins earlier in the campaign has meant more opportunities for other riders, and Brian Hayes has been one of the beneficiaries. Hayes had one fewer ride for Mullins in 2020/21 than he had in the previous campaign (43 v 44), but he is getting better chances. He had eight winners for Mullins in 2020/21 compared to only three in the previous season, and he had a good book of rides at the Punchestown Festival, where he was seen to good effect aboard Brahma Bull. Good chances in valuable races are likely to become even more frequent as Mullins, quoted on Irishracing.com, said: "Brian is a great chase jockey and comes into his own over fences. I'm very happy to put him up." 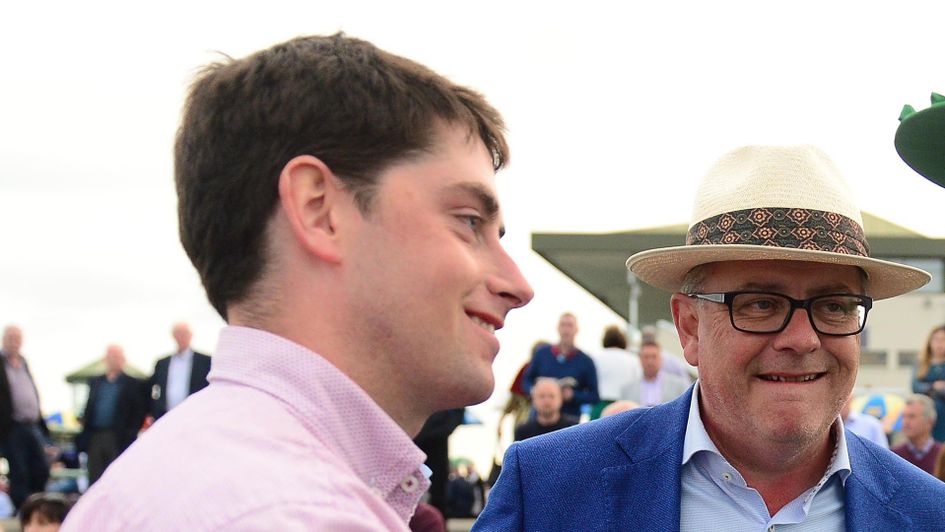 Willie Mullins may have taken all the plaudits at the Punchestown Festival, but it's also worth highlighting the success of his nephew Emmet Mullins, whose training career continues to go from strength to strength. Emmet Mullins had already shown his prowess on the big stage with The Shunter – who landed connections a £100,000 bonus for striking at the Cheltenham Festival (the Plate) after winning the Morebattle Hurdle at Kelso – and he made another big impression at Punchestown by sending out two extremely well-backed bumper winners. Crowns Major and Carrarea both justified strong and late market support to win on debut, and Emmet Mullins is showing that getting horses to deliver on the big day is one of his strengths. 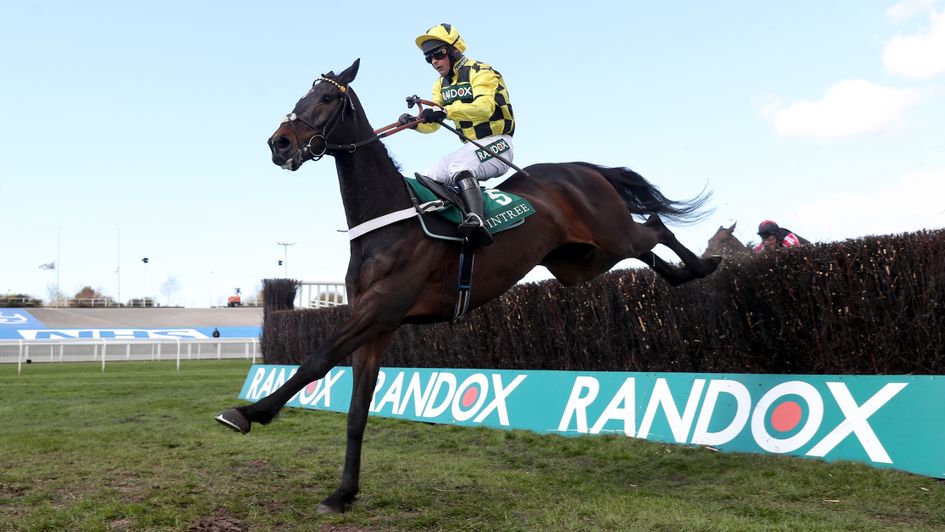 Shishkin will meet the Irish stars next season

There is arguably nothing more exciting in jumps racing than a clash between top-class two-mile chasers. The era when Moscow Flyer clashed with Azertyuiop and Well Chief is fondly remembered, with the 2004 Tingle Creek held up as one of the truly great races. There is potential for something similar to develop next season if Chacun Pour Soi (179), Shishkin (171p) and Energumene (169p) meet, as all three are chasers of rare ability. It's no certainty that all three of them will clash, particularly as Chacun Pour Soi and Energumene are both trained by Willie Mullins, who might be keen to keep them apart where possible. However, even two of the trio meeting would be a fascinating spectacle.