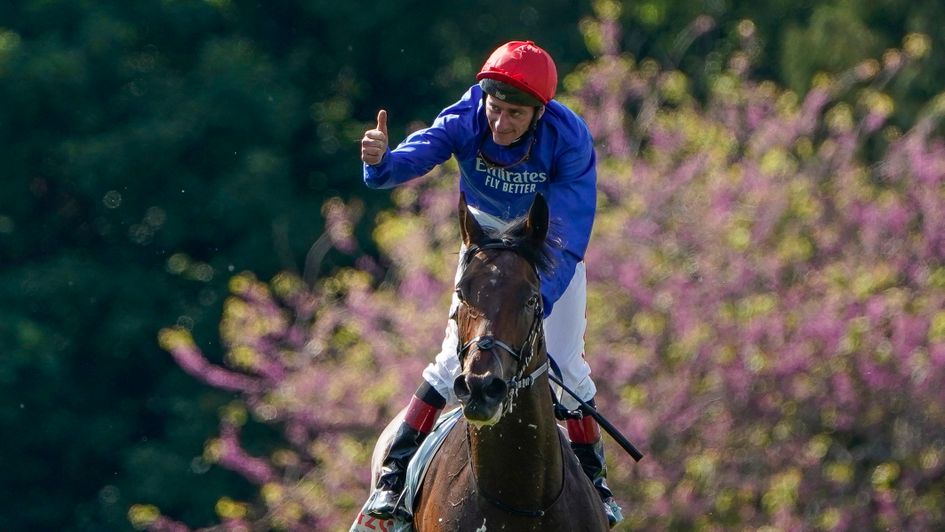 Timeform react to Adayar's victory in the Derby at Epsom and provide the lowdown on how he compares to other recent winners of the race.

Adayar earned a Timeform rating of 125 for his success in Saturday’s Derby at Epsom, identifying him as one of the best winners of the race since Golden Horn in 2015. It was also the best performance by a three-year-old so far this season.

Settled just behind the even gallop set by Gear Up, Adayar never left the inside rail and was produced to lead after getting a gap entering the final two furlongs. From there he was always in control, staying on strongly under Adam Kirby to land the spoils by four and a half lengths from Mojo Star.

There are obvious issues with the form, notably the presence of a maiden in second, seemingly much improved, and the underperformance of so many of the leading contenders. Chief amongst them was favourite Bolshoi Ballet, who set the standard on pre-race ratings but didn’t get the chance to show what he can do after reportedly being struck into early in the race (finished sore).

Nevertheless, there are still plenty of reasons to be positive about the performance of Adayar, whose winning margin has been surpassed by only two Derby winners in the last decade, namely Camelot (won by five lengths in 2012) and Serpentine (won by five and a half lengths in 2020). The time also provides plenty of substance to the form, nearly 1.5 seconds faster than the handicap over the same course and distance just 45 minutes later.

In terms of ratings, Adayar is bang there in the middle of the rankings for the last 10 Derby winners. Golden Horn (132 in 2015), Australia (129 in 2014), Camelot (128 in 2012) and Harzand (126 in 2016) are the four who achieved a higher rating in winning at Epsom, while his performance is on a par with that produced by the 2018 winner Masar, who had provided trainer Charlie Appleby with his only previous victory in the premier classic before Saturday.

Masar didn’t race again as a three-year-old due to injury, but Adayar looks to have a fairly obvious path mapped out for him – all being well, of course – as he attempts to become the first Derby winner since Golden Horn to really kick on after tasting success at Epsom.

Adayar is clearly blessed with more speed than had looked the case when beaten on his previous start in the Lingfield Derby Trial, but a drop back to a mile and a quarter is unlikely to play to his strengths, making the other big races at around a mile and a half, such as the Irish Derby and King George, the obvious way to go. He’ll also have no problem staying further if connections decide to have a crack at the St Leger later in the year.

His sire Frankel has certainly proved an influence for stamina and can already count a St Leger winner amongst his best progeny in the shape of Logician. Adayar was Frankel’s first Derby winner but highly unlikely to be his last given his strong representation in this year’s renewal – he was the sire of three of the 11 runners and the late non-runner Mohaafeth.

Adayar’s stablemate Hurricane Lane fared best of the others in third, while the Epsom form also paid a compliment to another promising three-year-old in Appleby’s care. The horse in question is Manobo, a son of Sea The Stars who had beaten the subsequent Derby runner-up Mojo Star by half a length when they met in a maiden at Newbury last month.

Unlike Mojo Star, Manobo reappeared last week in the rather less glamorous surroundings of a novice event on Wednesday’s evening card at Kempton. Sent off the 11/4-on favourite, he duly defied a penalty with the minimum of fuss, still looking green (slowly into stride) before quickening well in the closing stages to win by four and a quarter lengths.

Manobo is now up to a Timeform rating of 110p, already smart after only two starts and likely to have even more to offer. He will be well worth stepping up in grade sooner than later and gives his trainer a very strong hand in this division – it will be no surprise if he is supplemented for a race such as the King Edward VII Stakes at Royal Ascot. 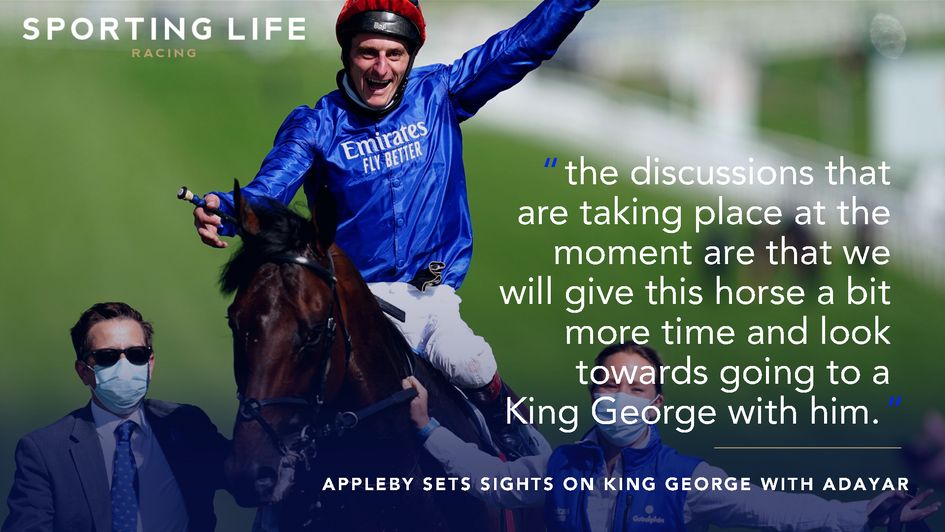