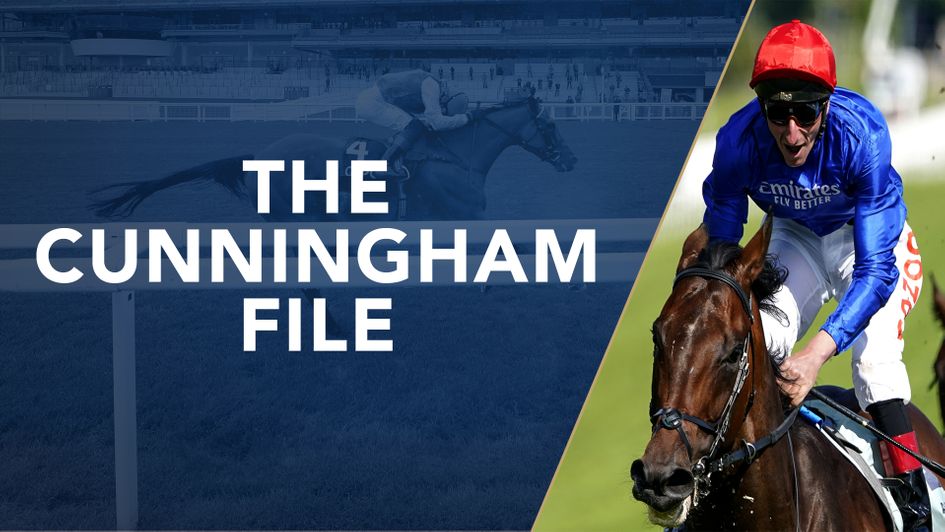 Adayar is fancied to land a red-hot King George

Graham Cunningham on Panorama, the King George, a bad hour for the stewards and The Racing League

One 30-minute documentary and, just like that, the whip no longer seems the the most pressing welfare issue in town. Panorama’s window on the way racing handles the ending equine life dominates this week’s File but the King George is also under the spotlight along with the Racing League and a couple of costly stewarding verdicts.

Racing reflects as Panorama visits the Dark Side 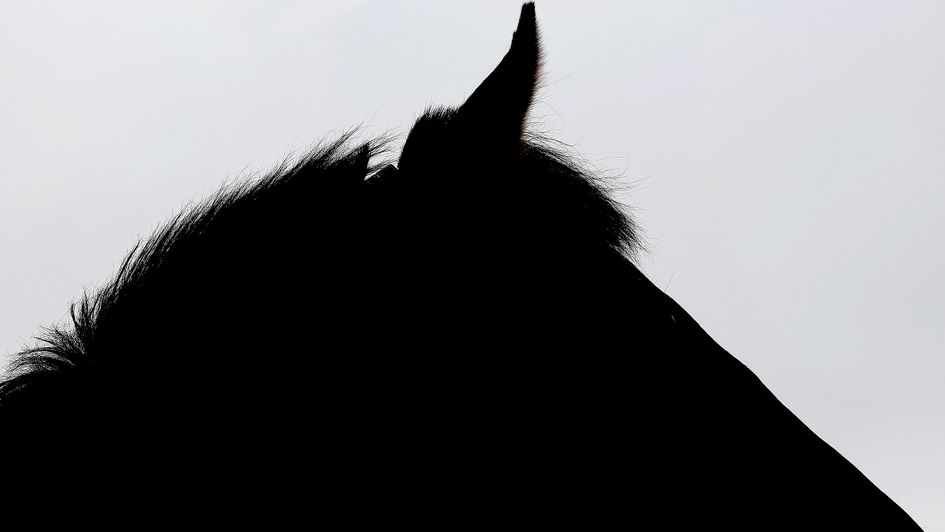 Panorama's 'The Dark Side Of Horse Racing' aired on Monday evening

The familiar cycle when racing comes under outside scrutiny – which starts with trepidation followed by condemnation and recrimination - is well under way.

But as collective hand wringing over Panorama’s “Dark Side of Racing” continues, one number hovers like a grim shadow.

That number is 4000. That’s how many former racehorses are alleged to have been euthanised in British and Irish abattoirs during 2019 and 2020.

It wasn’t the only startling number cited and the suggestion that 86 of 500 horses owned by Michael O’Leary’s Gigginstown Stud have died since 2015 seems to have got lost in the shuffle.

But any primetime BBC piece featuring large-scale slaughter and graphic images of unnecessary suffering will always attract blame. And, in this case, there seems plenty blame to go around.

The Drury & Sons abattoir is rightly in the spotlight along with shady dealers who send horses that could be granted dignified retirement to their death for profit.

News that the vast majority of euthanised horses originated in Ireland adds another urgent file to HRI’s bulging in-tray. But, in a brittle chain that appears to break all too often, this depressing issue effectively traces back to one group.

It might be the bigtime operator or the lads in the pub who ‘have a leg in one just for the craic.’

But the clue is in the name and some owners need to own this problem in hard times as well as happy ones. Of course, many owners revere their horses and, backed by resourceful trainers, do everything possible to ensure they don’t end up in harm’s way once their racing careers are over.

But the case of Vyta Du Roc, who cut such a desperate figure while waiting for the inevitable from Drury & Sons, provides a chill reminder that even high-class horses are only one suspect link in the chain away from the knacker van. 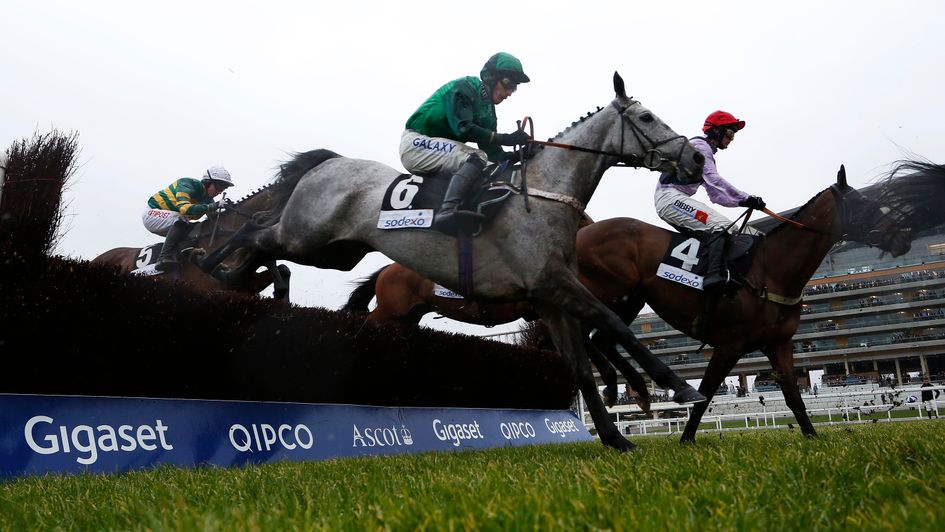 Owners Simon Munir and Isaac Souede were “shocked and furious” having taken steps to “ensure that Vyta Du Roc would be rehomed with an appropriate keeper.”

Their anger is righteous but the sheer numbers involved suggest that some owners – and let’s face it, probably a substantial number – simply look the other way when a horse reaches the end of the racing road.

So what can be done to ensure that as many former racers as possible are given the chance to re-train or simply live out their days in dignified inactivity?

Leading Irish analyst Kevin Blake has voiced persuasive views on the need for a central welfare fund and, although owners are hardly richly rewarded these days, the case for greater provision is clear and pressing.

It seems fitting that Panorama came to call on racing again in the same week that the UK government – those who aren’t isolating, at least – discussed tax-raising options to ensure the most vulnerable members of society aren’t left behind in the post-Covid era.

Racing’s rulers need to generate a similar conversation and, in the meantime, anyone tempted to let the matter slide is advised to consider the words of former NBA star turned leadership guru John Amaechi, who nails it when assessing how any business or brand is ultimately judged.

“A culture is defined by the worst behaviour you tolerate,” is Amaechi’s brutally simple mantra.

Maybe we shouldn’t have needed Panorama to point out that racing has tolerated some miserable conduct. Either way, it’s time to clean house again. And, if they want their sport to thrive, then owners need to play their part in funding detergent costs. 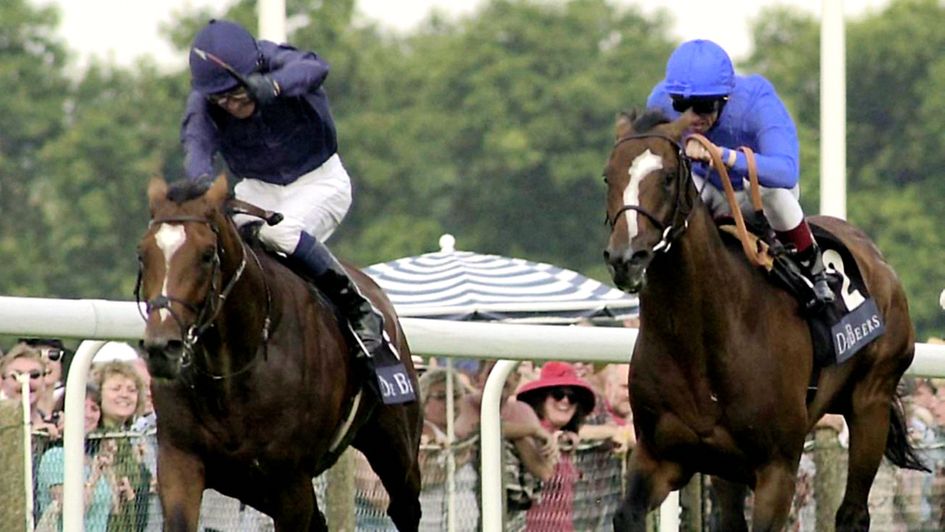 Once in a while, racing throws up a race whose symmetry with great days of the past is nigh-on irresistible. It doesn’t happen often – but those who were at Ascot in July 2001 won’t need reminding about the plots and sub-plots in play.

It was Coolmore v Godolphin on a steamy summer Saturday; it was a rampant young Derby winner against a world-class older rival fresh from victory in Royal Ascot’s Prince of Wales’s Stakes; and it duly produced a memorable contest as Galileo gradually got the better of a sustained duel with Fantastic Light.

Add in the fact that one of the big two represents the recently deceased Galileo and the other is by his greatest son Frankel and this summer showpiece is plainly one for the purist.

The fact that crowds are returning to something close to pre-Covid levels adds another heady shot to the King George brew but finding a standout bet isn’t easy even before you factor in the chance of heavy rain on Saturday.

What a moment in the career of Adam Kirby! 🙌

And it's a second win in the race for @godolphin, three years on from Masar 😁pic.twitter.com/0ksFMYeruP

Wonderful Tonight will be a danger to all if the ground ends up soft but, as the heatwave continues, it’s tempting to focus on the two at the top of the market.

Love was the dominant filly of her generation in 2020 and made the leap into open company with a highly efficient Ascot success, while Adayar demolished a Derby field that included subsequent dual G1 hero Hurricane Lane.

It’s probably asking too much for a repeat of the Galileo v Fantastic Light duel. But it’s not fanciful to think that Adayar and Love might come to the fore together in the home straight. And, as in 2001, the Derby winner might just have the edge again.

It’s odd how looking at one race and failing to find a strong bet can often lead to unearthing something appealing elsewhere.

Watching Love’s Ascot win rekindled the frustration of seeing stablemate Armory being set a lot to do in that steadily-run race, which in turn led to watching Mohaafeth hang badly right on his way to winning the Hampton Court 24 hours later. 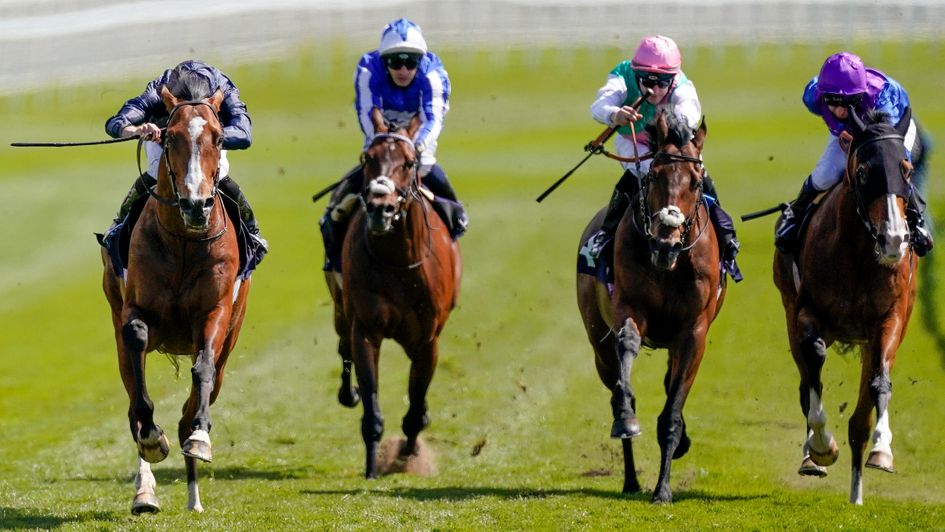 Mohaafeth’s reputation might just run a little ahead of his actual achievements at this stage, while Armory has yet to snag a G1 but has knocked hard at top level both at home and abroad.

Tactics could be important but Armory is likely to be ridden much less conservatively this time and that could make all the difference if Mohaafeth starts to wander.

Cruel in the sun as stewards go off piste

The call for centralised stewarding – which rings out whenever BHA commissars address a tricky case of interference - has never truly resonated with me.

And maybe that’s because the system of having amateur stewards guided by paid stipes has served selfish punting interests for a long time.

There has been the odd calamity – and my curse on the Sandown beaks who declined to demote South O’The Border after he committed GBH on Fairmile in 2005 will never be rescinded – but an ability to think clearly once the bing-bong sounds usually provides a profitable side hustle.

But how do we account for two verdicts within an hour last Saturday that left seasoned stewards’ students wondering whether the baking sun had taken its toll?

🗣 "The placings have been revised to our slight surprise."@nickluck & Steve Mellish discuss Tropez Power being awarded the opener at @NewburyRacing with the stewards' deeming the interference cost him defeat

What are your thoughts? pic.twitter.com/TguTKIB3Pk

The fun started at Newbury, where the placings of the first two were reversed after Home City carried Tropez Power left, while Devil’s Angel was allowed to keep the race at Newmarket after hanging left and barging hard into Theotherside close home.

I had a decent bet on Home City to keep the race and stayed out of the HQ market as wound-licking continued. But financial issues aside, both verdicts rankle because they go against so much precedent.

RTV had two of the best in the business breaking down the Newbury call, Steve Mellish pointing out that there is an element of opinion involved and Nick Luck damning with faint praise by greeting the verdict with “I don’t hate it.”

Five days on, I still don’t like it one bit. That Newbury call – reached after a winning margin of a neck where the runner-up wasn’t closing – is bang out of kilter with a slew of similar cases along with the guideline that says the benefit of doubt goes to the first past the post.

And the Newmarket verdict, which saw Devil’s Angel keep the race despite scrambling home by just a head after causing serious interference, was every bit as questionable as the Newbury one.

The true anoraks among you may recall that the 2005 Sandown wrong was righted on appeal from Fairmile’s connections the following week. These latest anomalous rulings don’t seem destined to go to a second hearing – but they might make yours truly think twice before assuming the stewarding goose will keep laying (or backing) golden eggs. 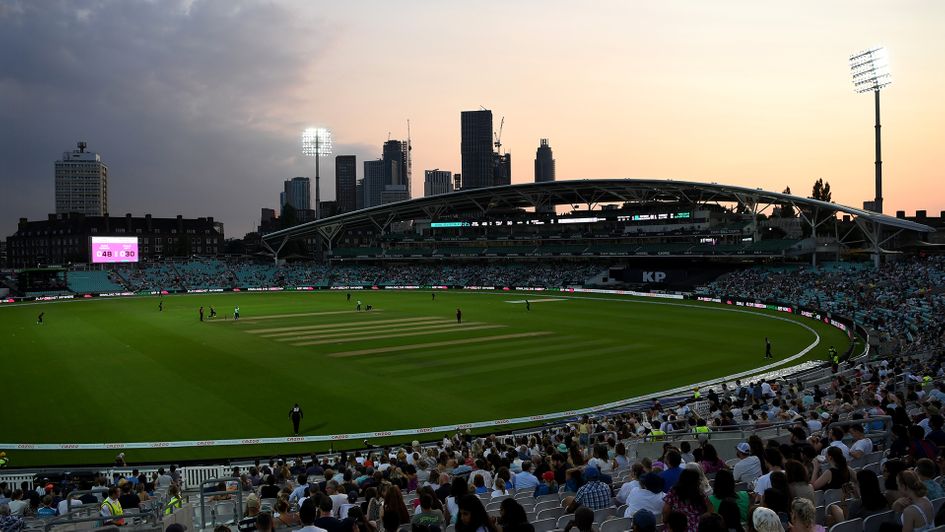 Spare me this risible new team event which dismisses trusty and crusty old fans as it rolls headlong in pursuit of a shinier, sexier new audience.

But enough about cricket’s latest smash-and-grab project the Hundred – what about next week’s Racing League launch?

The fact that I am as far removed from the shiny and sexy new audience as its possible to be renders any feelings I have about TRL’s team format as purely academic.

And, to borrow a phrase once used by Newmarket Red handler John Gosden, you would have to be “a bit of a wanker” if you simply dismiss the addition of 36 handicaps worth 50 grand apiece to a cash-strapped calendar.

But, in an era where inclusivity is increasingly important, TRL has made a notable rick in excluding every smallish stable who might fancy a dart at a valuable pot with the best horse in their yard.

Is it a fatal error? Probably not. Is it a fixable error? Well, it is if the Racing League nicks a page from the Premier League playbook by creating, wait for it, a TRL Transfer Window. 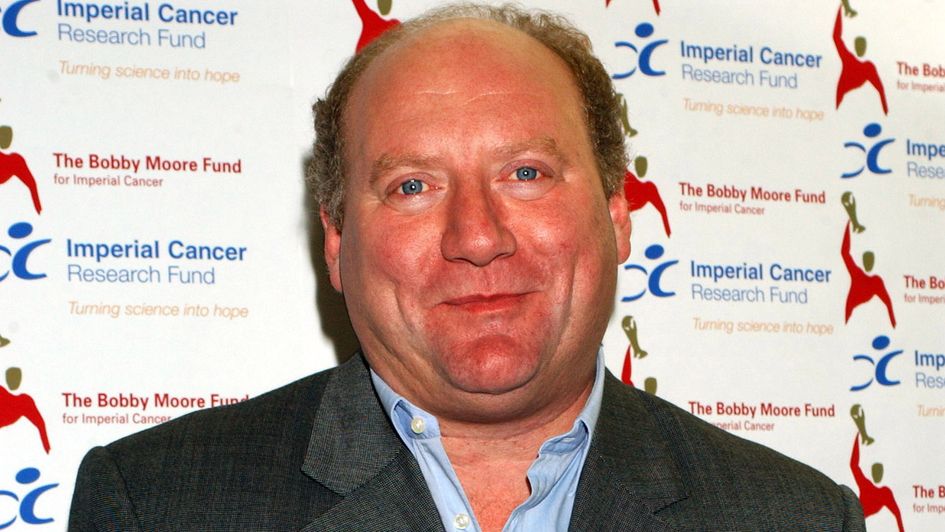 Alan Brazil: The perfect man to save TRL

Picture the scene: TRL make a daring late swoop to secure the matchless MC services of Lucky, who eschews prehistoric Stewards’ Cup draw commitments and borrows Jim White’s Deadline Day yellow tie to preside over a banter-filled bout of Window shopping in which team managers like legendary broadcasters Alan Brazil and Cornelius Lysaght draft new recruits from a nominated list drawn up from the shallow end of racing’s pool.

This pool, let’s call them team Minnow, duly go on to supply a steady stream of League winners before taking their rightful place at the TRL table if the venture survives into 2022 and beyond.

Joking apart, the response to the first night of the Hundred – complete with fireworks, DJs, live music, flames to accompany boundaries and a diverse young audience – suggests that cricket might just be on to something.

Whether TRL can tap into something similar remains to be seen. Personally, I’m sceptical. But, as Big John might say as he checks the bloods of his Newmarket Red squad, you would have to be a bit of a wanker to root for it being strangled at birth.