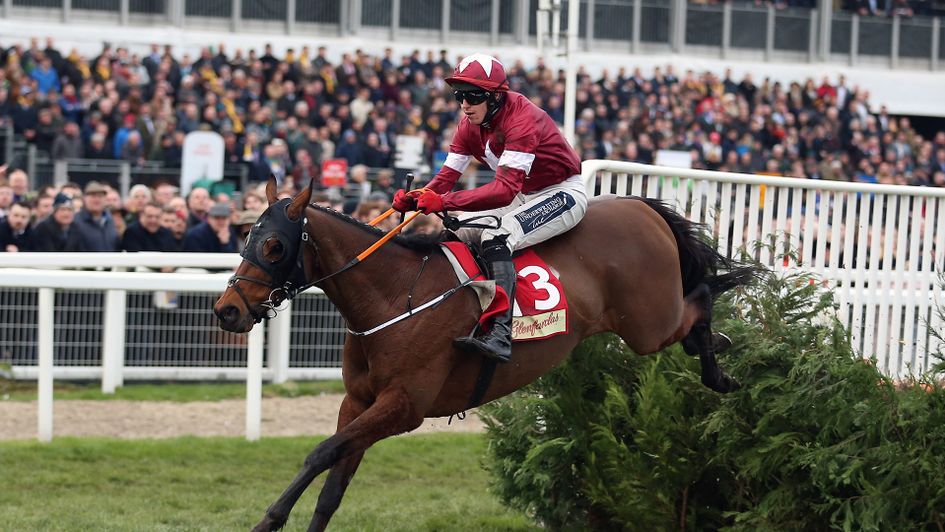 The remarkable Tiger Roll won for the fourth time at the Festival when he inflicted a 22-length trouncing on his Glenfarclas Chase rivals.

Gordon Elliott's Grand National winner was following up his success in this race last year, after previous Festival victories in the Triumph Hurdle and National Hunt Chase.

The nine-year-old, delivering a first win at this year's meeting for his trainer, was sent off 5-4 favourite - and the outcome was rarely in the slightest doubt, despite the marathon trip, as he and Keith Donoghue sauntered clear from Josies Orders in second and 2018 runner-up Urgent De Gregaine.

Donoghue said: "He's definitely a legend in my eyes. Some horse, some performance. He tanked up the whole way and kept going.

Sky Bet reacted by cutting Tiger Roll into 5/1 for the Grand National with the non-runner no bet concession.

🏇 Can this this hugely popular little horse complete an unprecedented double-double at Aintree?! #CheltenhamFestival pic.twitter.com/iGJ6ttqoUa

"We're lucky enough that we've got a good bunch of owners and a good bunch of horses. We'll keep smiling and keep kicking. This horse has won at four Cheltenham Festivals now and a Grand National. He's our first winner of the week and I won't forget him.

"In his last run in the Boyne Hurdle he looked as good as he ever was and today he was brilliant. I'm very lucky to have him.

"You win the Grand National by accident and we've won it twice. It's a big ask for this horse to do it again, but what he has done there today has been brilliant and we'll enjoy it.

"To win at four Cheltenham Festivals is class."

🙌 What a way to win at the #CheltenhamFestival for a fourth year in a row!

While he looks very much the one to beat at Aintree, Eddie O'Leary, of owners Gigginstown House Stud, indicated it was far from a priority.

He said: "It's phenomenal. I read this morning that no horse has ever retained the cross-country, so I didn't think it would happen for him.

"It's a great training performance and this was his Gold Cup this year.

"He's won four times here in Cheltenham now and that doesn't happen too often. You still pinch yourself. We bought this horse to win a Triumph Hurdle and he comes back here and wins a slog-fest.

"I'd be really worried about sending him back there. He barely scraped over the line last year and he's up 9lb in the ratings.

"It's not certain he'll run in the National. We have others for the race and I'm more worried about minding him now than going back to try to win another.

"He's small of frame and small of stature and he owes us nothing. He's been an amazing horse.

"We didn't get have a good day yesterday and we've had four favourites beaten and beaten badly.

"It's great to see Tiger Roll dig us out and put us on the board and put Gordon on the board, which is very important.

"It doesn't matter who is riding him, Tiger Roll does the business."