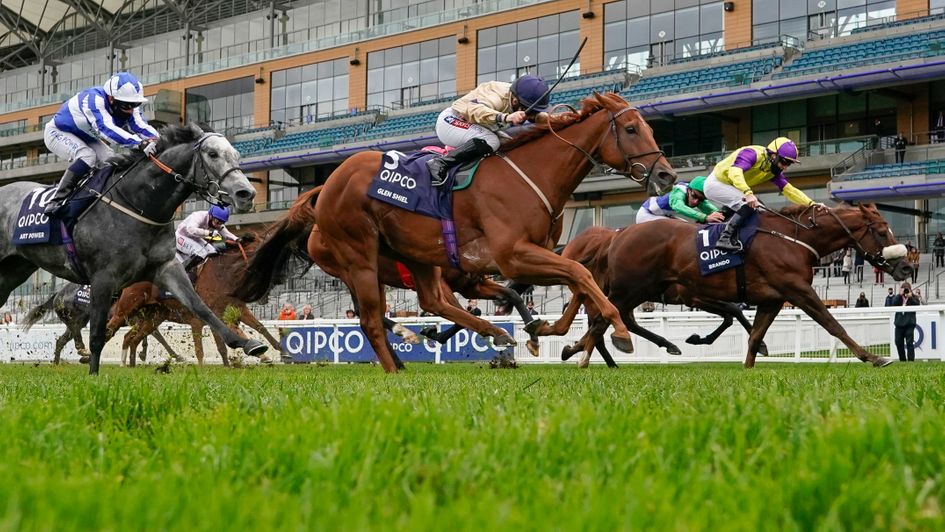 Hambleton lining up dual Ascot assault with Shiel and Mehmento

Glen Shiel and Mehmento will fly the flag for the Hambleton Racing Syndicate at Royal Ascot next week – but the team has been reduced by the sale of Twilight Spinner.

Already a Group One winner at the track, Glen Shiel will be running in the Diamond Jubilee for Archie Watson and Hollie Doyle, with Mehmento representing the same connections in the Jersey Stakes.

However, Twilight Spinner, a hugely impressive winner of a Haydock Listed race last time out, has been sold to Scott Heider and will join Joseph O’Brien.

“Glen Shiel is in great order at home. He’s tightened up a lot, Hollie is very happy and Archie is delighted with him, so we’re very much looking forward to running him,” said Hambleton’s racing manager Simon Turner.

“I think as much as anything he thrived on a really busy schedule last year and after a fair break – he’s probably quite a stuffy horse – he just needed the run in Ireland first time out. He’ll be better for that race.

“When you look back at where he came from last season, running in handicaps over seven furlongs and he’d been running over further the season before that, it appeared worth a try with him sprinting. There was no stopping him once he did.”

Mehmento went close in the Greenham first time out before disappointing in the French Guineas, but he got his season back on track with an easy win in a Listed race at Epsom last week.

“You’d like to think he’ll be going to the Jersey with a good chance,” said Turner.

“He ran a great race for one so inexperienced in the Greenham, France didn’t work out for a variety of factors, but he was very much back to himself last week and never looked in any danger to my eye.

“He probably ran to a similar level to the Greenham and that would be knocking on the door in the Jersey. He might need to raise it to win, but he’s not got many miles on the clock.

“Archie has the Prix Jean Prat at Deauville as a target for him, so we’d like to think he’ll go very well in the Jersey.”

It is a small but select team for Hambleton, which has been reduced by one this week.

“We’ve only got the two runners. We probably would have run Twilight Spinner in the Commonwealth Cup, but she has been sold to race for Joseph O’Brien,” said Turner.

“She is clearly a very smart filly and we wish her new connections all the best with her.

“She was bought as a yearling for £30,000, she’s returned a handsome profit for her owners and we genuinely wish Mr (Scott) Heider all the success with her.”