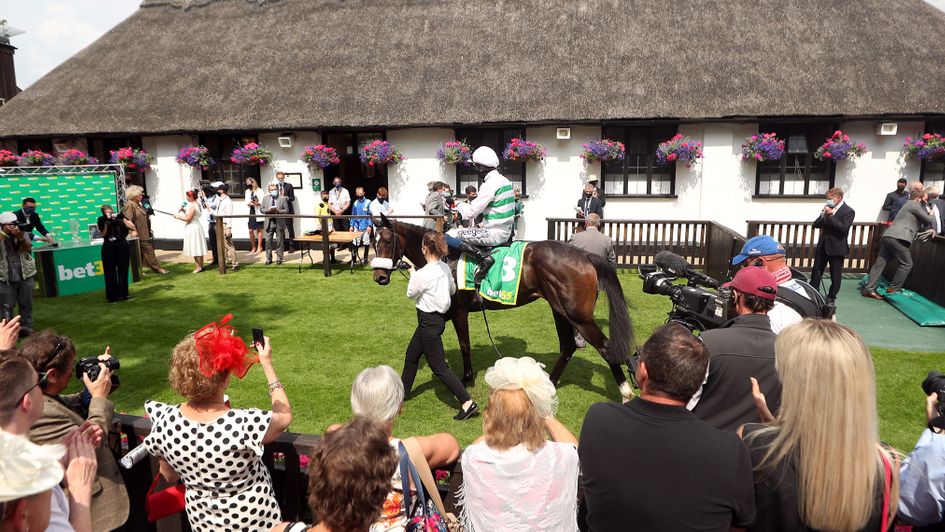 Sandrine backed up her Royal Ascot win in style

Our man at Newmarket Adam Houghton reflects on two star fillies who stole the show on day two of the July Festival - Snow Lantern and Sandrine.

Different day, different ground, different result. Those sentiments certainly carried some merit after one of the feature races on Friday’s card at Newmarket, but not the other, with a pair of high-profile winners from Royal Ascot meeting with differing fortunes this time around.

Rewind the clock exactly three weeks and the weather for the fourth day of the Royal meeting was positively apocalyptic. The going, which had been described by Timeform as ‘firm’ the previous afternoon, had deteriorated so badly that the card was in danger of being abandoned and I was in danger of being left to participate in a drinking contest with Sporting Life colleagues Dave Ord and Ben Linfoot, one which could only end badly for yours truly.

Happily, both eventualities were avoided after a prolonged inspection of the course resulted in the afternoon’s action getting the thumbs up to proceed. When racing did eventually get underway, Sandrine emerged from the gloom to run out a dominant winner of the Albany Stakes, sluicing through the now-soft going as she asserted late on to beat Hello You by a length and three quarters.

That was the second victory of the week for Andrew Balding – and things got even better for him later on the card as Alcohol Free bounced back from her defeat in the 1000 Guineas to run out an impressive winner of the Coronation Stakes. Amongst those in Alcohol Free’s wake were the highly promising Snow Lantern and the 1000 Guineas winner Mother Earth, a couple of notable scalps to identify her as seemingly the top three-year-old filly over a mile. 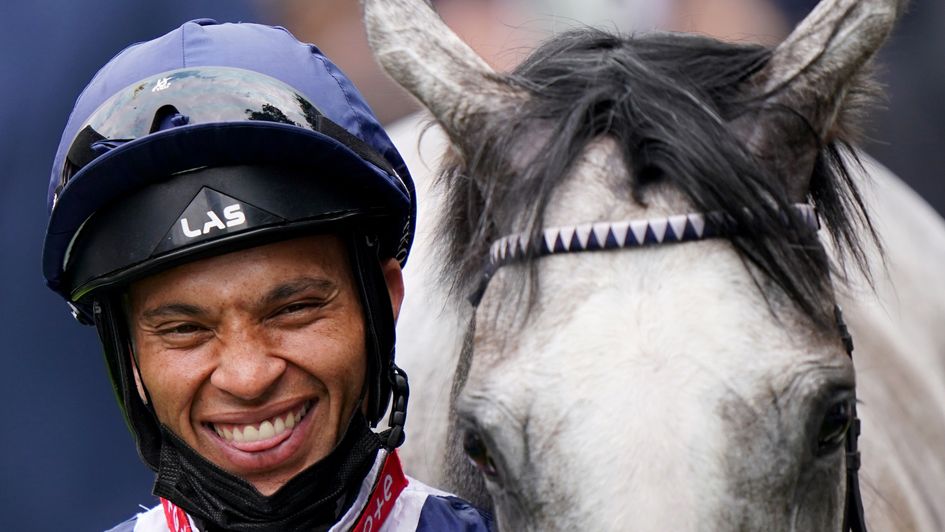 However, if Friday at Ascot was an Alcohol Free afternoon – literally in my case – then Friday at Newmarket was a rather different story. I can only be thankful that Ord and Linfoot weren’t around this time to put my drinking prowess to the test.

The race in question was a mouth-watering renewal of the Falmouth Stakes, with Alcohol Free, Snow Lantern and Mother Earth all featuring amongst the line-up once again, not to mention Primo Bacio, who had been withdrawn from the Coronation Stakes due to the soft going, and the smart older mare Lady Bowthorpe, who was still seeking a first Group 1 success after chasing home Timeform’s highest-rated horse in training, Palace Pier, in the Lockinge Stakes at Newbury back in May.

Alcohol Free was sent off the 5/2 favourite to confirm her Ascot superiority and was sent straight to the front by Oisin Murphy. This time, however, she was unable to stay there as first Mother Earth and then Snow Lantern ground her down close home.

Snow Lantern demonstrated the best turn of foot to pass the post with half a length to spare over Mother Earth, seemingly relishing the return to faster going and arguably deserving extra credit given that she came from further back than the other principals in a race where, to the eye at least, Murphy appeared to dictate at just a fair gallop.

This was the sort of performance that Snow Lantern had often promised in just four previous starts and that trainer Richard Hannon had often promised in his conversations with the media. This was very much vindication for Hannon’s faith in his filly and extra sweet after the controversial defeat of Snow Lantern’s dam, Sky Lantern, in the same race eight years earlier.

As Hannon has noted on several occasions, Snow Lantern is built in the same mould as her mother and looks potentially a very smart filly for her connections to go war with in the other big races at around a mile for the rest of the season.

Similar comments apply to Mother Earth, who is nothing if not consistent, even if her limitations have been exposed slightly since her classic victory at Newmarket, as well as Alcohol Free, who possibly wasn’t ideally suited by making her own running given how smart a change of gear she had shown when coming from off the pace at Ascot.

Balding can also take heart from the fact that he still has another hugely exciting filly in his care in the shape of Sandrine, who, unlike Alcohol Free, had little trouble following up her success at Royal Ascot when meeting several of the same fillies in the Duchess of Cambridge Stakes.

The most impressive aspect of Sandrine’s performance at Ascot had been her strength at the finish, but the concern here was whether she could prove herself equally effective in conditions which placed more emphasis on speed. It’s worth pointing out that, not only was the ground much quicker this time, but the nature of the track at Newmarket also tests speed much more than at Ascot, where the standard time for six furlongs is around 3.4 seconds slower.

In the event, we needn’t have worried as Sandrine proved herself as versatile as she is talented, even extending her advantage over Hello You from Ascot, with the staying-on Desert Dreamer splitting them in second.

Now unbeaten in three starts, Sandrine was described by Balding afterwards as having “a lot of ability” and the trainer can now start to plot some big targets for her in the weeks and months to come. She is far from the only one either at a yard which saddled four winners in total at Royal Ascot and will try to land a first win in the July Cup on Saturday courtesy of the improving Chil Chil.

In the meantime, both Balding and Hannon can spend Friday evening toasting a job well done. I may even do likewise on my return to Leeds, though rest assured I’ll be drinking in much calmer waters than the Group 1 company of Sporting Life’s finest.