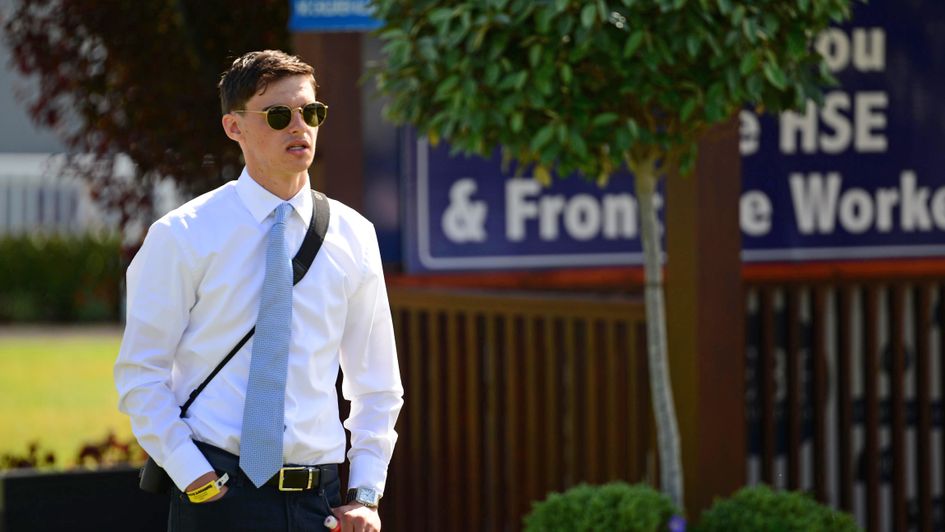 Donnacha O’Brien could have a Classic prospect on his hands in the shape of Curragh winner Sissoko.

The Australia colt was a six-length winner of the Friarstown Stud Irish EBF Maiden after starting at 5-1 under Gavin Ryan, showing a good turn of foot to easy pull away from 3/1 favourite Sun King and leave the rest of the field a further five and a half lengths behind.

A debut run at the same track in September saw him finish sixth of 15 runners, but this time he seemed to have overcome that initial greenness and was professional in victory at the second time of asking.

“We always thought a lot of him,” the trainer said.

“He was actually one of my best early ones, but he just pulled a muscle and I had to leave him off until a few weeks ago. He ran well first time, he was very green, and he was impressive today. Hopefully he’s as good as we think he is.”

The winner holds an entry for the Group One Vertem Futurity Trophy Stakes at Doncaster on Saturday week, although O’Brien feels he is likely to end his season and hold out for Derby trials next year.

“There is the Eyrefield next week and he’s still in the Vertem Futurity Trophy, but I wouldn’t be surprised if that was him finished and we bring him back for a Derby trial early next year,” he said.

“You’d be hoping he’s a Derby-type of horse with Australia putting in good stamina. But whether he’s up to that or not we’ll see.”

Jessica Harrington also had a maiden winner on the same card as Dark Vega triumphed in the Bill Hanlon Memorial Irish EBF Maiden at 22/1.

The Lope De Vega filly was steered to a neck success over Boundless Ocean by Nathan Crosse on her racecourse debut. Her better-fancied stablemate Paris Lights was third.

“She’s a lovely filly, very relaxed, very calm and did it well,” Harrington said of Dark Vega. “That’ll probably be her for the year now. I’d say that was probably a very good maiden. I’m delighted with her and it’s lovely to get a winner for Maurice (Regan, owner and breeder).

“She’s going to be a mile filly the way she finished that out. We’ll look for something early on with an ease in the ground. She might end up a Guineas filly, you don’t know, it’s a long time between now and then.”

She added: “I’d say the other fella (Paris Lights) needs a mile plus now and he’s going to be a mile-and-a-half horse next year. Shane (Foley) said he’s still looking around him. He’ll be all right.”

Harrington and Regan then enjoyed a Curragh double as the Foley-ridden Anner Castle was victorious at 5/1 in the Hollywoodbets Now Streaming All Irish Racing Maiden.

“It’s lovely to get a win out of him and it’s great for Newtown Anner (Regan’s stud) to have a double on the day,” Harrington said.

“He deserves that, he’s a great big baby and is better since he got castrated – he’s behaving much better.

“He might go for a handicap, he needs a mile and a half upwards and nice easy ground. We just didn’t get soft enough ground for him during the summer. He was going to go to the sales, but they might keep him now.”