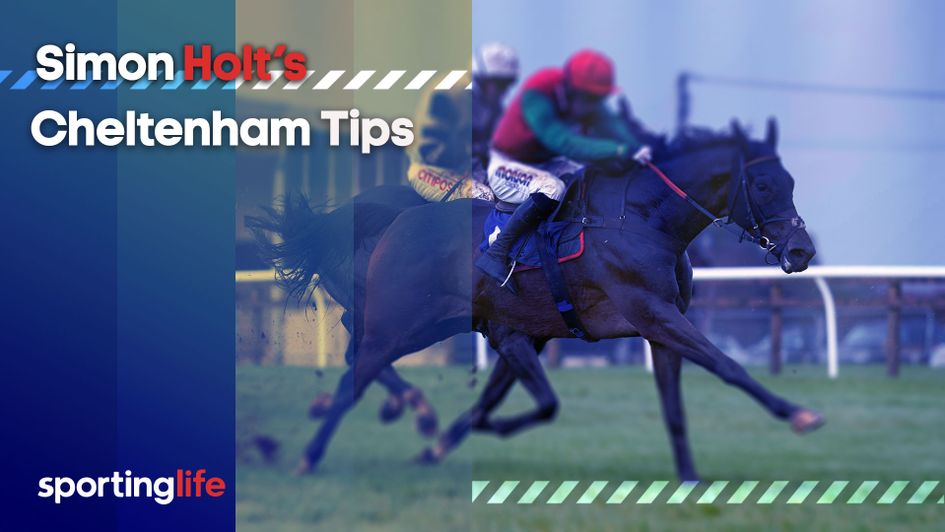 Grand Sancy is backed to out-run his odds

Simon Holt has four best bets for day one of the Cheltenham Festival including a 100/1 chance in the feature Unibet Champion Hurdle.

Grand Sancy
More professional than ever when winning the Kingwell Hurdle at Wincanton and big player in the Sky Bet Supreme on official ratings. Looks sure to run well for the in-form Paul Nicholls.
loading

Lalor
Looks the one to beat having been so impressive in beating Dyamite Dollars over course and distance on his chasing debut in November. He's had excuses since and has a proven record of going well when fresh.
loading

Silver Streak
Continues to improve and can out-run his huge odds if producing a clean round of hurdling. The race has seen big-priced winners over the years and he's a sporting selection this time around.
loading

IN a race that has seen shock winners such as For Auction (40-1), Beech Road (50-1) and Punjabi (22-1) in the past, SILVER STREAK is fancied to out-run his odds in Tuesday's Unibet Champion Hurdle on the first day of the Cheltenham Festival.

The Evan Williams-trained grey has never stopped improving over jumps having been a maiden in seven starts on the Flat, rising 34lb in the handicapper's ratings in the past 18 months.

Even a mark of 156 would seem to require further progress, but he continues to get better and, this season, resumed with a victory in the Welsh Champion Hurdle at Ffos-Las followed by seconds in the Greatwood and International Hurdles (both at Cheltenham).

On his latest start, Silver Streak made a terrible blunder at the third last in Haydock's Champion Hurdle Trial but fought back gamely behind Global Citizen. I very much like his attitude and, if he can put in a decent round of jumping, there is every chance of another bold show.

At the top of the market, there seems to be little value in dual winner Buveur D'Air, Apples Jade and Laurina. The defending champ was surprisingly beaten in the Christmas Hurdle by stable-companion Verdana Blue but remains a class act in his bid to join the hurdling greats with a third victory.

However, this won't be easy conceding the 7lb sex allowance to Apples Jade, who has been in the form of her life (at a range of distances) this season, and Laurina who looks extremely promising but is totally unproven at this level. For me, it is difficult to choose between them and, with Sharjah and last year's runner-up Melon also respected, the race looks more open than the market might suggest.

Earlier, LALOR will be the one to beat in the Racing Post Arkle Challenge Trophy if able to repeat his course and distance chasing debut defeat of Dynamite Dollars back in November.

That was a stunning performance by this strapping seven-year-old and he was clearly below that form when finishing a well beaten third behind Dynamite Dollars and Ornua in the Henry V111 Novices' Chase at Sandown just over three weeks later.

Lalor may well be at his best when fresh - he was returning from a two-month absence when winning at Aintree last April - and his best efforts have come at the home of the Grand National and Cheltenham.

In the opening Sky Bet Supreme Novices' Hurdle, the much improved GRAND SANCY can give the season's leading trainer Paul Nicholls a flying start.

A maiden last term when far too headstrong for his own good, the five-year-old has been much more professional in recent months winning for the fourth time in the Kingwell Hurdle at Wincanton. 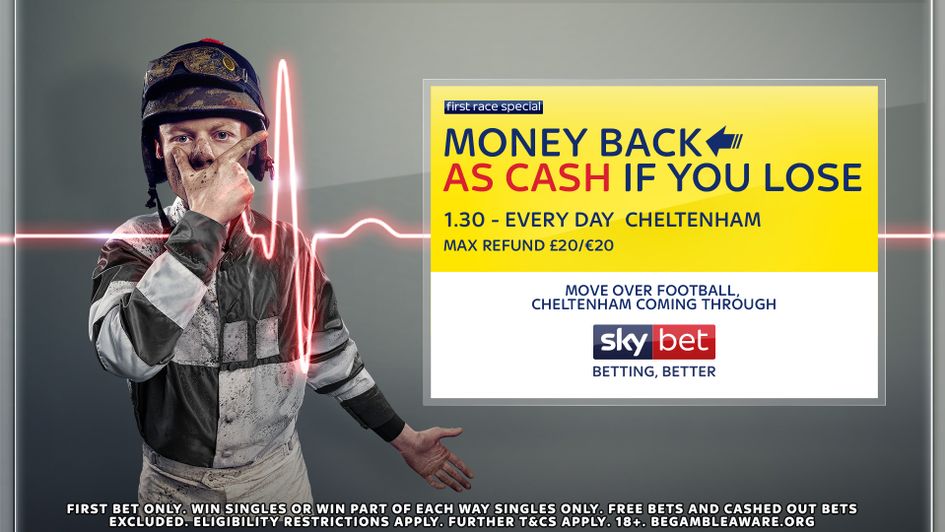 Not many Champion Hurdle Trial winners run in the Supreme and, rated 152, Grand Sancy is well up to the standard required to gain another success.

Later, in the OLBG Mares Hurdle, ROKSANA can give last year's winner Benie Des Dieux more than a run for her money.

Dan Skelton's lightly-raced seven-year-old was very progressive last season when winning the mares final at Newbury before chasing home Santini at Aintree on her final start.

Faced with an impossible task behind Buveur D'Air and Vision Des Flos (winner since) at Sandown on her reappearance early last month, she ran a pleasing race which should have put her spot on for this.