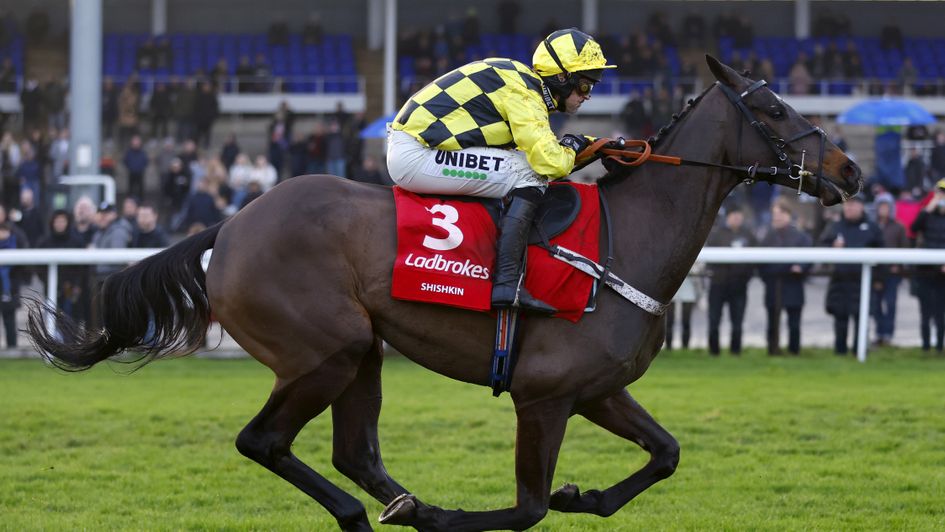 The brilliant Shishkin returns in style

Nicky Henderson was positively beaming at Kempton following a Saturday morning piece of work from Shishkin - and it's all systems go for the Grade One SBK Clarence House Chase at Ascot next weekend.

The Sporting Life Arkle winner had a delayed reappearance at Kempton in the Ladbrokes Desert Orchid Chase on December 27 but won easily by 10 lengths from Tingle Creek winner Greaneteen.

Plans were fluid after that but the Ascot Grade One has now been confirmed as being firmly on Shishkin's radar by Henderson given he's impressing in his work at Seven Barrows.

He said on Racing TV: “It was so thick fog they just went past in a flash. I’m glad to say it really was a flash, so fast.

“We’re going to give it the green light, Nico was thrilled with him, and we’re all on – barring accidents during the week and all sorts of things that come and bite you.

“He’ll jump five fences when we can see them. But his work was very good and it was like what Nico was looking for that time before Kempton.

“He’s a heck of a lot lighter than the time he came here, he’s back down to where he was last year – he was very heavy here. We’re in good shape.”

Willie Mullins Energumene is also pencilled in for the Ascot race, which is shaping up to be a mouth-watering pre-Cheltenham clash.