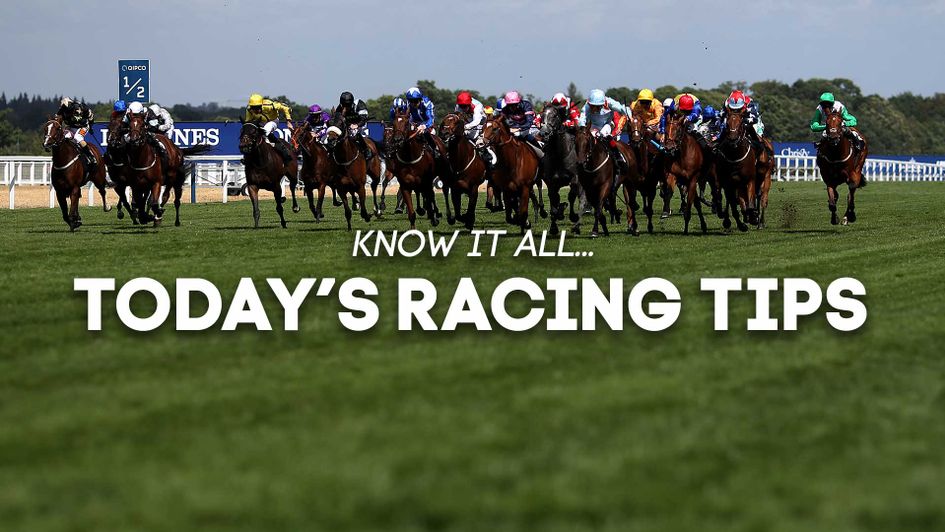 Check out our preview and tips for today's horse racing

It's Auxerre for David Clough in the Unibet Lincoln and he has a tip for every race at every meeting in the UK and Ireland.

Auxerre can fulfil his considerable hype and potential in the Unibet Lincoln at Doncaster.

The first leg of the spring double - more of next week's Randox Health Grand National elsewhere very soon, of course - is the highlight of day one of the new Flat turf season on Saturday.

Most renewals bring with them a buzz horse and although some long-priced winners inevitably often win this ultra-competitive handicap too, it is not unusual for the big money to prove well-placed.

There has certainly been plenty of it around for Auxerre, who has a highly-progressive and persuasive profile to go with Godolphin's enticing blue silks.

Charlie Appleby's gelding was a one-length second on racecourse debut in a Newmarket novice to a subsequently 100-rated four-time winner last June.

Sticking to a mile, Auxerre has not been beaten in three runs since, twice at odds-on against his contemporaries and most recently in handicap company on Kempton's Polytrack in October.

None of those assignments compares with what awaits here. But seamless progress at a level well within his compass ensures the four-year-old arrives for by far his biggest test to date burdened only with lofty expectations about which he will know nothing.

Appleby resisted the temptation to take Auxerre further afield for a winter campaign in Dubai and is set to be rewarded with a suitably sound surface at Doncaster for a horse he hopes will be up to Group class in time.

Major Jumbo may be the first winner of the turf season as the Listed Unibet Cammidge Trophy Stakes opens the card on Town Moor.

Kevin Ryan's five-year-old was consistent throughout last season - and while the grey had a rare off day when he got stuck in the mud in the Ayr Gold Cup, he concluded his busy campaign with a convincing win in a good York handicap over this distance.

Major Jumbo got the extra furlong well that day, in soft ground, book-ending his season with victories after striking first time out over the minimum trip at Newmarket in April.

He is back up to this class for the second time and will need to find further improvement against some talented sprinters, but will not mind the drying surface and has plenty to recommend him.

In the Doncaster Mile, another Listed event, the absence of last year's Lincoln victor Addeybb - ruled out because of the anticipated lively ground - surely leaves the way clear for Sharja Bridge.

Roger Varian's five-year-old entire was no match for the mighty Wissahickon in the Cambridgeshire on his penultimate start of 2018.

But he stayed on most bravely and dourly over Ascot's straight mile to end his campaign with victory in the Balmoral Handicap.

That improved performance puts him bang in the reckoning for this similar challenge and with good-ground form in the book too, Sharja Bridge has obvious prospects of justifying likely favouritism.

Ironclad was a well-touted odds-on favourite on his racecourse debut at Kempton this month.

He fell short in a seven-length third, staying on much too late over a mile after starting slowly and generally indicating he is sure to improve.

Hugo Palmer's Dubawi colt has had more than three weeks to digest that initial experience and up to 10 furlongs for the 32Red Casino Maiden Stakes, he should be able to leave his first attempt way behind.

Kempton's classy all-weather card dovetails with Doncaster and features the Listed Better Odds With Matchbook Magnolia Stakes - in which the prolific Matterhorn is of particular interest.

There is no doubt this is the toughest test to date for Mark Johnston's hugely-likeable four-year-old colt.

Nothing, however, in the five consecutive winter victories which have propelled him up to a mark of 112 suggests he has reached his ceiling yet.

That lofty rating gives Matterhorn a theoretical edge on his opponents, but it is the straightforward and convincing manner of his winning spree that indicates even more strongly that - having also proved his effectiveness at this trip and track - he is highly likely to extend his sequence.

Sucellus convinced many, once he finally got the message, with his late charge to a debut victory at Wolverhampton in December and the extra distance of the opening Matchbook Betting Exchange EBF Novice Stakes is sure to suit John Gosden's colt.

The Matchbook Betting Podcast Rosebery Handicap is another race which will doubtless have been the object of some cunning winter plans.

The consistent Star Of Southwold made a decent fist of it when second up in trip at a stiffer track last time, and may be worth a small interest at a decent price.