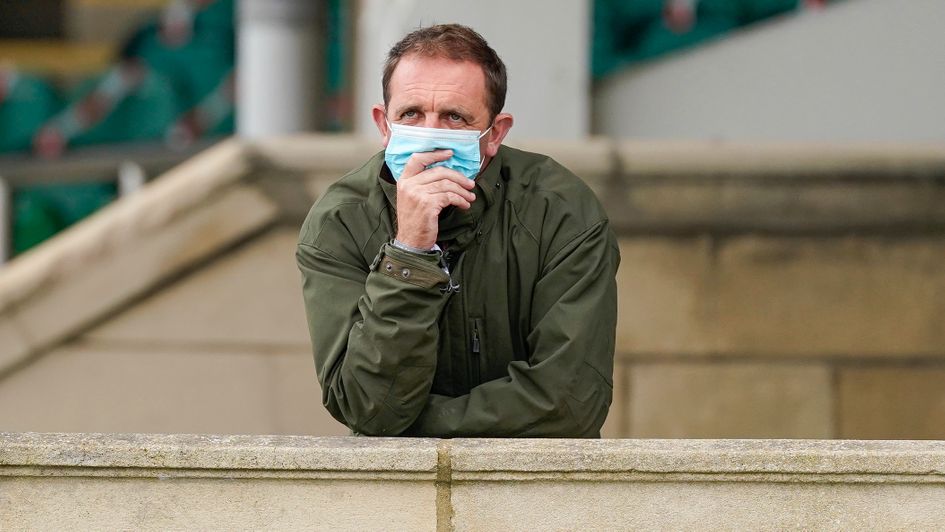 Get the latest ahead of Sandown's Thursday card where Charlie Appleby's Wild Beauty goes for the Listed British Stallion Studs EBF Star Stakes.

Charlie Appleby is confident Wild Beauty will be “well suited” to the track at Sandown on Thursday when attempting to complete a hat-trick of wins for the season in the British Stallion Studs EBF Star Stakes.

After bouncing back from her debut defeat at Ascot with victories at Haydock Park and Newbury, the two year Frankel filly will now bid to complete a three-timer for the campaign when stepping up to Listed level for the first time in her career.

Although the ground will be quicker than anything Wild Beauty has encountered in any of her three previous starts the Newmarket handler expects the improving filly to prove equally as effective on a faster surface in the seven-furlong contest.

Appleby said: “She has progressed on each of her last two starts. We stepped her up in trip last time and I was very pleased with that performance on soft ground.

“She deserves to take her chance in a Black Type level race. It is the right race for her and she will be well suited by the stiff track.

“We’ve got a bit of a wide draw but there are only nine runners so I’m not that concerned about that. She goes there in great order but like a lot of them in the field she will be testing her mettle there.

Mark Johnston will rely on the unbeaten Qipao to give him a third success in the race having saddled Walk In Marrakesh to glory in 2019 and Fireglow to victory in the 2015 renewal.

Charlie Johnston, son and assistant trainer, said: “She has always been a filly that has pleased us at home but has probably come to hand a bit earlier for one by Muhaarar whose progeny generally take a bit of time.

“We were a little bit concerned six furlongs would be too sharp for her first time out at Hamilton but as soon as she hit the rising ground she stayed on very strongly .

“She went up to seven furlongs for the first time at Chelmsford City and although she didn’t achieve much she qualified for two nice bonuses.

“She has got quite a bit to find on ratings but that is only because she has been strategically placed and you can’t knock what she has done so far.

“We sent out Dubai Fountain to finish second last year and Walk In Marrakesh won it the year before so it is a race that is always on the radar for this type of filly.

“The dam (The Gold Cheongsam) had plenty of boot but she is a big, scopey filly who we always thought would want seven this year. There should be no excuses regarding ground or trip.”

Connections of the Simon and Ed Crisford trained Safra hope the decision to retain a visor can help the last time out Kempton Park scorer follow up on her turf debut.

Ed Crisford said of the War Front filly: “She won last time out at Kempton on her first try over seven furlongs. She is a likeable filly and with her breeding she should like the quick ground.

“It is a hot little race but she deserves to be taking her chance. She is in good form and she seems to have improved since Kempton.

“Her form got a nice boost with Value Theory, who finished third behind her at Kempton, winning at Newmarket on Saturday.

“She has worked on the grass at home but she just wants quick ground. It will be her first time on grass on the racetrack but her breeding suggests she will run well on turf.

“She really stuck her neck out last time and she tries hard. The visor helped her concentrate last time.

“We didn’t have it on the first time but she breezed in one in America and it seemed to do the trick last time.”

Spearheading the John and Thady Gosden pair of runners is the Cheveley Park Stud homebred Inspiral, who made a winning debut on the July Course at Newmarket 26 days ago.

Thady Gosden said: “She is extremely well bred (by Frankel and out of dual Group One runner-up Starscope) and ran well first time out under a nice hands and heels ride over seven furlongs at Newmarket.

“On the basis of that she deserves to go straight into a Black Type race. She has got a lovely big stride on her and she will get further in time.

“It’s a stiff seven at Sandown and hopefully that will suit while her form was given a good boost after the runner-up in her last race won at Newmarket recently.”

The combination of a switch to a sounder surface and a step up in trip is expected to benefit the Gosden’s other runner Sunstrike, who runs in the colours of Qatar Racing.

After getting off the mark on her penultimate outing at Kempton Park, the Dark Angel filly finished eighth upped to Group Three company in the Albany Stakes at Royal Ascot on her most recent appearance.

Gosden junior said: “She seems like she is a top of the ground filly. When we got to Ascot it was when they had that torrential rain and that didn’t help her but she still ran respectably in the Albany.

“Hopefully she will be more competitive on the step up to seven furlongs on better ground.”