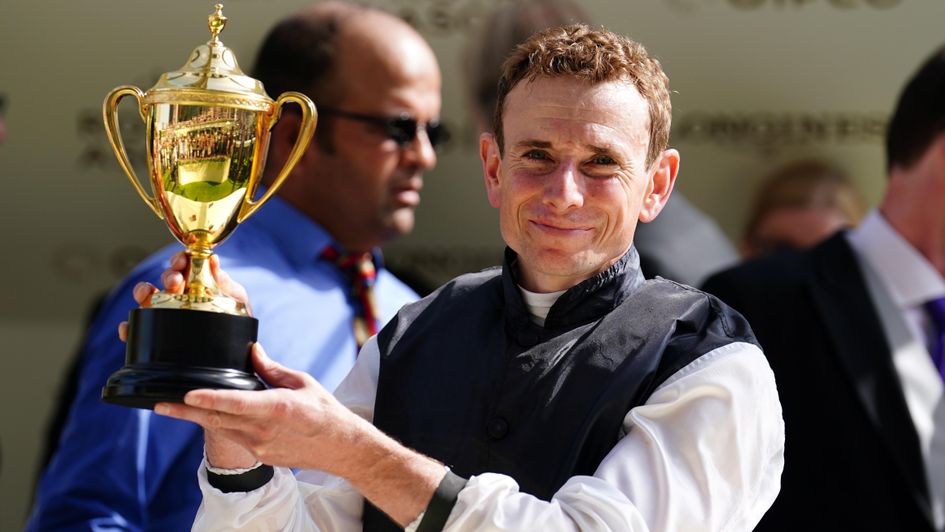 Betfair ambassador Ryan Moore gives his views on his Saturday rides at Newmarket.

Just the four runners, but they all have their chance and Flying Honours is probably the one to beat after what he did at Salisbury last time. We had four in here at the five-day stage but we rely on Greenland, who is improving with his racing in typical Aidan style. He will need to progress again from his Roscommon win but this Saxon Warrior colt will be suited by the return to 1m and he is clearly taking his racing very well.

She was very impressive and professional in winning her first four starts, three of which came in Group company, and she may well have run her best race in defeat in the Moyglare last time. Time may tell she was beaten by a very smart, maybe exceptional, 2yo there and we had to be very happy with our filly. We were well clear of the third and the speed she showed to go clear at the Curragh suggests the step back to 6f could see her in an even better light. She goes into the race with the best form.

This looks a very good Middle Park and it wouldn’t be a surprise if either Marshman, Mischief Magic, Persian Force or The Antarctic won. And maybe one or two others, too. Obviously, my colt Blackbeard comes here with very good credentials too, probably the best, following up his wide-margin Chantilly win when beating Persian Force by ½ length in the Group 1 Morny last time. Again, that just about makes him the form pick going into the race, but more may well be required here. Let’s hope he is up to it.

I think he has as good a chance as any in here, though clearly you will need all the luck going to win this. He ran well in Listed company here earlier in the season and he is 2lb well-in after an impressive win at Goodwood last time. They have tried him over 1m4f in Group company but 1m2f looks to suit him well, and I’d be hopeful a strongly-run race in a big field over 1m1f could see him to good effect. He usually travels well in his races, so if he can do that here, then so much the better. A bit of rain would help him, too.

This Frankel filly cost a fair bit as a yearling and hopefully she has her fair share of ability. I don’t know a lot about her at the moment, to be fair.

She dropped to nursery company at Doncaster last time, after trying her hand in a Group 3, and she ran well enough to finish fourth to a wide-margin winner. She has been dropped 2lb for it and this slightly longer trip could suit, so hopefully she can be competitive.

He won here earlier in the season and he looks to be on a fair mark judged on his Chester fourth two starts ago. He didn’t run up to that form on the July course last time but the step back to 7f will suit and he has his chance.