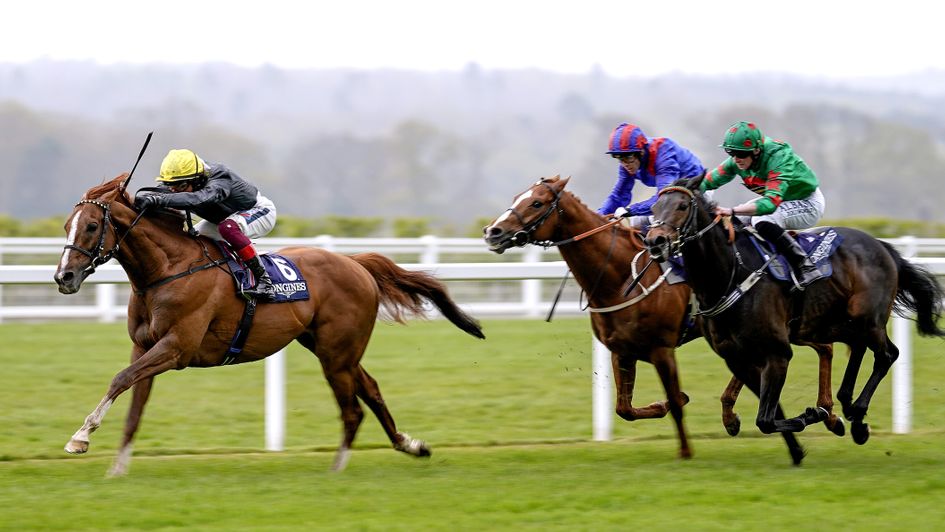 Royal Ascot runners and riders: Thursday entries including Stradivarius in the Gold Cup

Last year’s Derby hero Serpentine has been supplemented to take on Stradivarius in the Gold Cup at Royal Ascot.

Trained by Aidan O’Brien, Serpentine was a shock 25/1 winner of the Epsom Classic last term – before failing to strike in two subsequent starts.

He was well beaten on his return to action in the Tattersalls Gold Cup last month, but connections have stumped up £30,000 to add him to the field for Thursday’s Group One feature next week, which is run over two and a half miles – a full mile further than Serpentine has tackled before.

O’Brien also has last year’s Queen’s Vase and Irish Derby winner Santiago in the mix, along with Amhrann Na Bhfiann – who finished third at Epsom in 2020.

Staying star Stradivarius is a hot favourite as he bids for a fourth successive Gold Cup victory.

Should the John and Thady Gosden-trained seven-year-old prevail once again, he will become just the second four-time winner of the great race – joining Yeats, who triumphed in 2006, 2007, 2008 and 2009.

Stradivarius was a 10-length victor last term – and having turned in a couple of disappointing runs at the back-end of last year, he roared back to winning form in the Sagaro Stakes at Ascot in April.

Nayef Road was back in third that day, and second in the Gold Cup 12 months ago, and he is one of two possibles for Mark Johnston – along with better-fancied stablemate Subjectivist.

The four-year-old won the Dubai Gold Cup at Meydan on his 2021 bow back in March, and Johnston is relishing a Gold Cup run – having won the race with Double Trigger in 1995 and Royal Rebel in both 2001 and 2002.

Johnston told Tattersalls: “Subjectivist is in the Ascot Gold Cup next week, and that’s always been his target.

“We hadn’t had a winner on Dubai World Cup night since 2000, so 21 years, and in that race we couldn’t have been happier. He was serving up to them throughout, and it looked like nothing else got a look in. It was a tremendous race to win, and in tremendous style.

“I went to the Tattersalls October Yearling Sale in 2018. We knew Subjectivist was in the catalogue, a half-brother to Sir Ron Priestley who we already trained. He hadn’t won for us, but we already thought a lot of him.

“I had a great deal of faith in the family.”

Sir Michael Stoute’s charge was ruled out of the Epsom Classic just 48 hours before the race because of a blood disorder, having previously finished second to impressive Oaks winner Snowfall in the Musidora at York.

Noon Star may bid for Group Two redemption in Berkshire on Thursday, in a race which features Oaks third Divinely – supplemented by connections – and 12th-placed Dubai Fountain.

Divinely was beaten 18 lengths by her Aidan O’Brien stablemate Snowfall – and she could be joined by another Ballydoyle contender next week in Curragh maiden winner Call Me Sweetheart.

Eshaada, Gloria Mundi, Aristia and Twisted Reality filled the first four places in the Haras De Bouquetot Fillies’ Trial Stakes at Newbury in May – and they could all re-oppose, while William Haggas has Sea Karats and Sea Sylph in the mix.

Haggas opted not to run the colt at Epsom, having deemed the ground unsuitable following heavy rain the day before the big race.

Derby sixth One Ruler stands his ground for this 10-furlong Group Three – one of three possibles for Charlie Appleby, along with Wirko and Yibir.

Joseph O’Brien has four under consideration in Benaud, Isle Of Sark, Snapraeterea and Visualisation – with father Aidan having Lough Derg, Matchless and Roman Empire, while brother Donnacha could get in on the act with Emporio.

American trainer Wes Ward has two live chances in the Norfolk Stakes with favourite Lucci and Nakatomi. The pair both won on their only starts to date, while Aidan O’Brien has the highly-rated Cadamosto and Amalfi Coast in contention.